South Korea on Tuesday successfully launched a domestically developed rocket and put satellites into orbit, becoming the seventh country in the world to do so and opening the door for future development of its space program under the new president.

The launch came after the country's previous attempt failed in October when it launched its first homegrown rocket, but a dummy satellite did not go into orbit as planned after separating from the rocket. 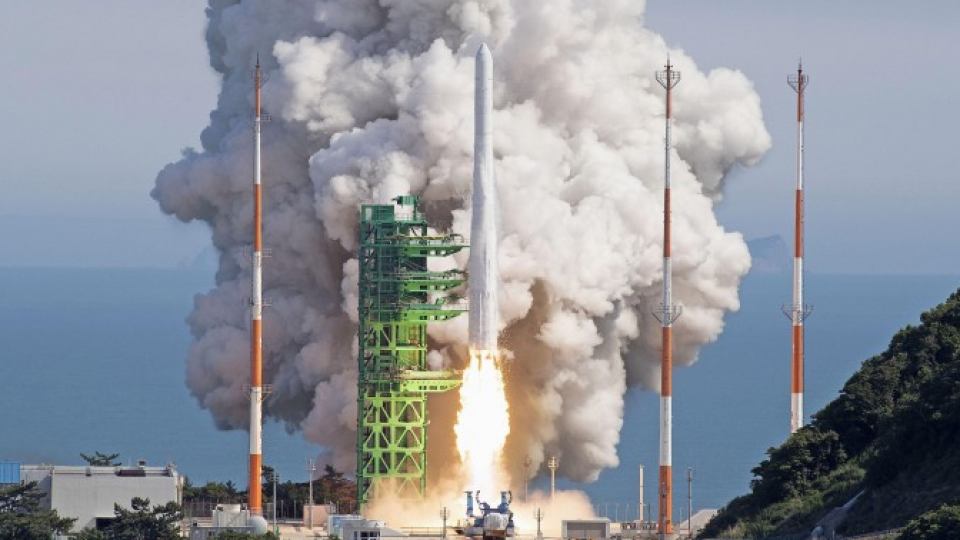 On Tuesday, the 200-ton liquid fuel rocket Nuri lifted off from the Naro Space Center in Goheung, a county on the southern tip of the Korean Peninsula, at 4 p.m. After reaching the target altitude of 700 kilometers, it released a 162.5-kilogram performance verification satellite and a 1.3-ton dummy satellite, the science ministry said.

"A path to the universe from our homeland has now opened," President Yoon Suk Yeol said, vowing his administration's full support for future space development programs by establishing a new government institution as pledged during his election campaign. He took office in May.

South Korea is now the seventh country in the world with the ability to put a satellite weighing 1 ton or heavier into orbit, joining the United States, Russia, France, China, Japan and India.

Tuesday's launch had been postponed from last week due to a technical problem.