The rainy season in Tokyo and neighboring areas in the Kanto-Koshin region in eastern and central Japan appears to have ended, the Japan Meteorological Agency said Monday, the earliest finish to the period since data became available in 1951.

The rainy season has also been declared over for the Tokai region in central Japan and southern Kyushu, the agency said, the second earliest end to the wet season for those areas.

It is also the shortest rainy period for the three regions in recorded history.

It is the second time the rainy season has ended in June in the Kanto-Koshin region, with it also declared over late in the month in 2018. 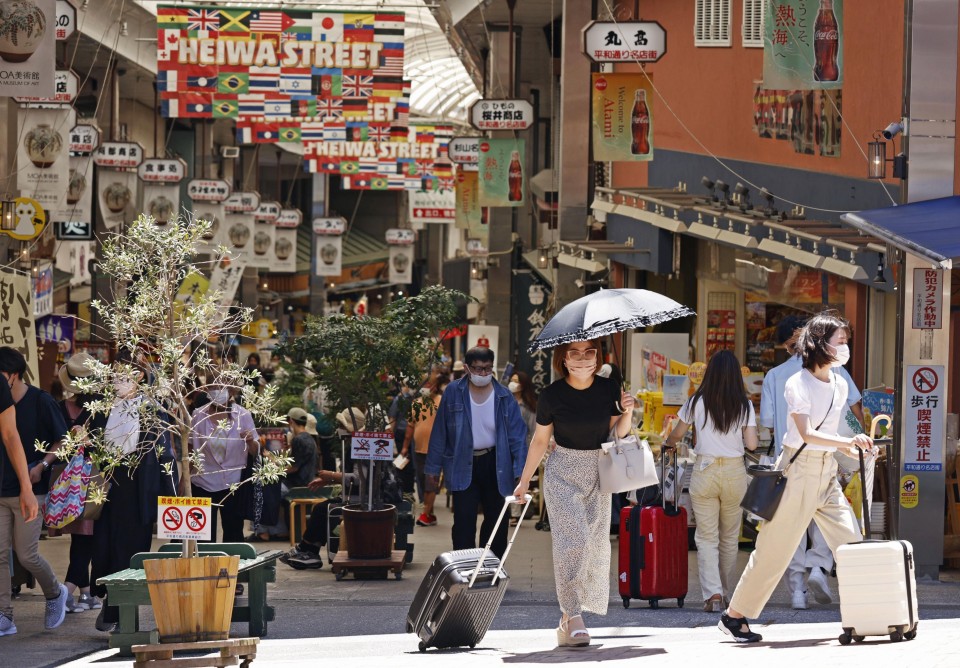 People wearing face masks for protection against the coronavirus walk in the Shizuoka Prefecture city of Atami, central Japan, on June 27, 2022. The rainy season appears to have ended in some parts of the country, including Tokyo and neighboring areas as well as the Tokai region, the Japan Meteorological Agency said the same day. (Kyodo) ==Kyodo

Also on Monday, the industry ministry called on households and businesses in Tokyo and neighboring areas to reduce electricity usage from 3 p.m. to 6 p.m. due to growing fears of a power supply crunch.

The request came as the capital area sees increased use of air conditioning due to extreme heat, with Tokyo expecting temperatures in the mid-30s C.