Japan is considering hosting the 2023 Hiroshima summit of the Group of Seven nations in the latter half of May and aims to announce the plan later this month, government sources said Saturday.

The Japanese government has already sounded out the other G-7 countries about the idea of holding the summit in late May, the sources said.

Japan is arranging to announce the schedule when this year's G-7 summit is held from June 26 to 28 in Schloss Elmau, Germany, and intends to select host cities for G-7 meetings of finance and other ministers as early as July, according to the sources. 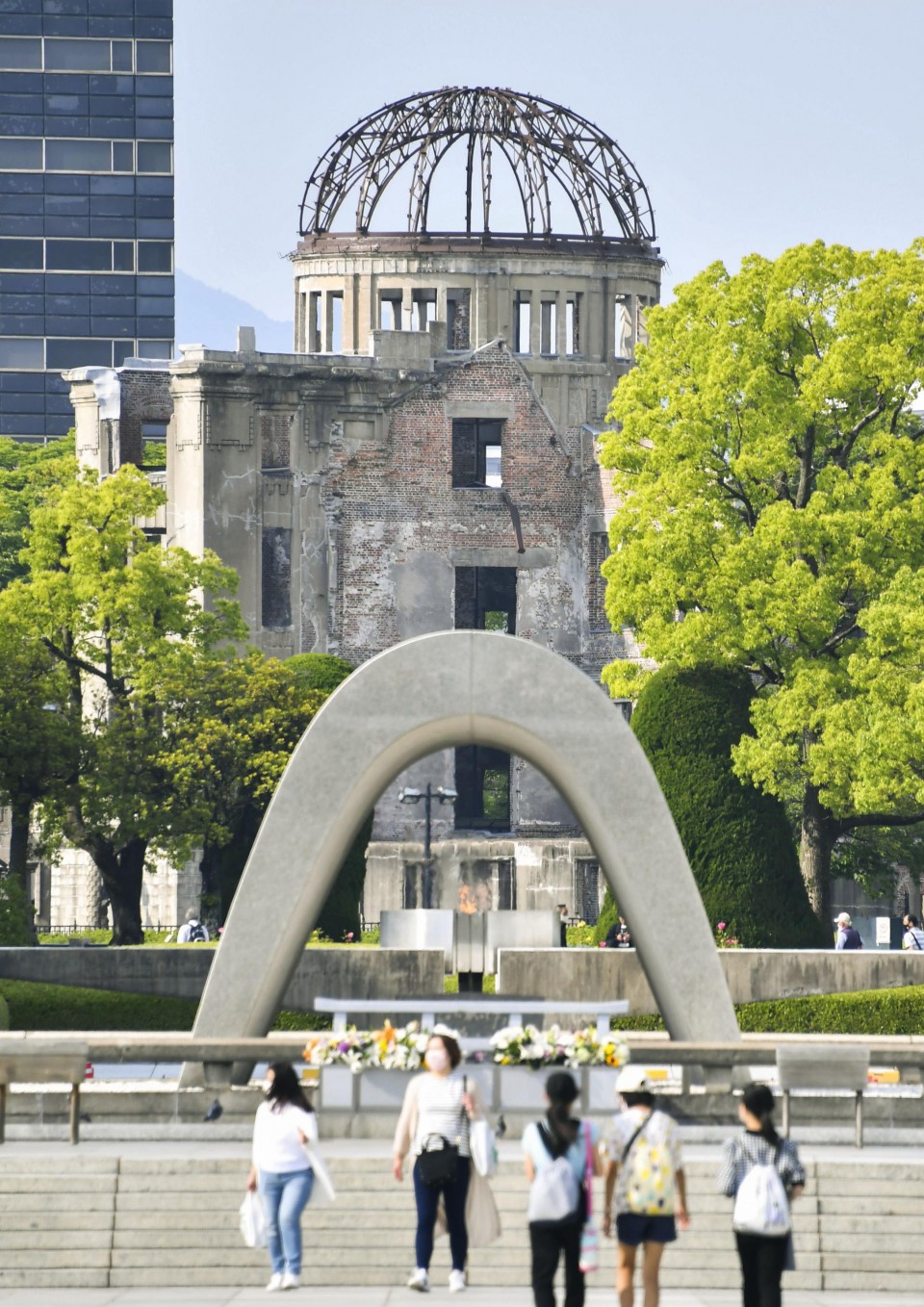 Photo taken in May, 2022 shows the Peace Memorial Park in Hiroshima, western Japan, with the Atomic Bomb Dome seen in the background. (Kyodo)

Prime Minister Fumio Kishida is hoping to demonstrate his determination to work towards nuclear disarmament with other G-7 leaders in front of the cenotaph for atomic bomb victims in Hiroshima, which suffered the world's first nuclear bomb attack, the sources said.

The decision to host the summit in Hiroshima had come against the backdrop of Russia's ongoing invasion of Ukraine and the growing threat of Moscow resorting to the use of atomic weapons.

The summit in Hiroshima, Kishida's electoral district, is seen as a symbolic move in the push for nuclear disarmament, despite three of the G-7 developed nations -- the United States, Britain and France -- possessing nuclear weapons.

Hiroshima was devastated by the Aug. 6, 1945 bombing by the United States, killing an estimated 140,000 by the end of that year. A second atomic bomb was dropped over Nagasaki in southwestern Japan three days later.

The rest of the G-7 -- Canada, Germany, Italy and the European Union -- have also thrown their support behind Kishida's selection of Hiroshima as the host of next year's summit, according to Japan's top government spokesman Hirokazu Matsuno.

The government initially considered holding the gathering in June after a regular parliamentary session ends but was concerned that the rainy season could start by then in the region, the sources said.