Shohei Ohtani hit his 17th homer of the season on Tuesday but the Los Angeles Angels bullpen squandered an early three-run lead and the team eventually lost 11-4 to the Chicago White Sox.

Ohtani hit the third of the Angels' three solo home runs in the third inning at Angel Stadium, all off Chicago starter Johnny Cueto (2-4). Ohtani, the reigning American League MVP, is now tied for eighth in the AL in homers. 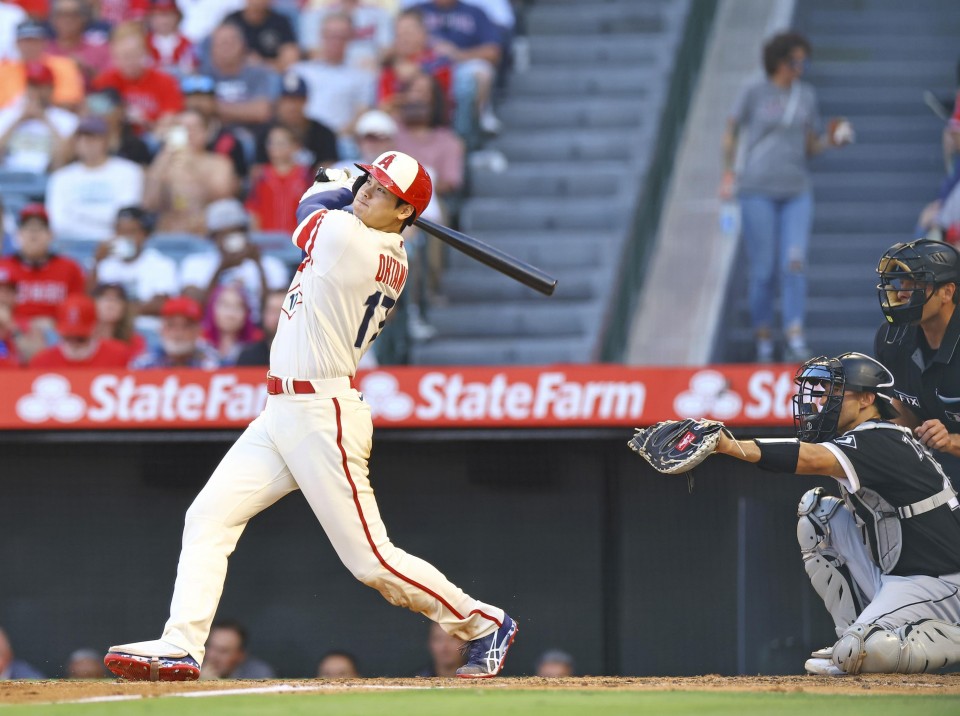 Shohei Ohtani of the Los Angeles Angels hits a solo home run in the third inning of a baseball game against the Chicago White Sox on June 28, 2022, at Angel Stadium in Anaheim, California. (Kyodo) ==Kyodo

Seby Zavala ignited a five-run fifth inning for the visitors with an RBI double off Chase Silseth, and Chicago scored five more runs on six hits and two walks off two Los Angeles relievers in the seventh.

Ohtani drove in the team's fourth run on an RBI double in the bottom of the seventh, his second double of the night, but it turned out to be too little, too late.

The 27-year-old Japanese was the only Angels player who had multiple hits. He went 3-for-3 with two RBIs and one walk.