Temperatures climbed in Tokyo and surrounding areas on Saturday, with the city of Isesaki in Gunma Prefecture registering 40.2 C, a national record high for June, the Japan Meteorological Agency said.

The previous record in the month of June was 39.8 C logged in 2011 in Saitama Prefecture, bordering Tokyo to the north.

Authorities have warned the public to take measures against heat-related illness as scorching temperatures are expected to continue Sunday and into next week for many parts of the Kanto region comprising Tokyo and surrounding prefectures.

The mercury in central Tokyo reached 35.4 C on Saturday morning, going above the country's "extreme heat" threshold of 35 C for the first time this year.

It also surpassed the previous record for the earliest date in June that temperatures exceeded 35 C in central Tokyo since observations began in 1875. The prior earliest date was recorded on June 26, 1963.

"I'm afraid of the weather turning even hotter once the rainy season ends. Also, it's a pain to wear a mask" in hot weather as an anti-coronavirus measure, said 74-year-old Tsuneko Morita as she visited a department store in Kumagaya city, Saitama Prefecture, where the temperature rose as high as 38.4 C during the day. 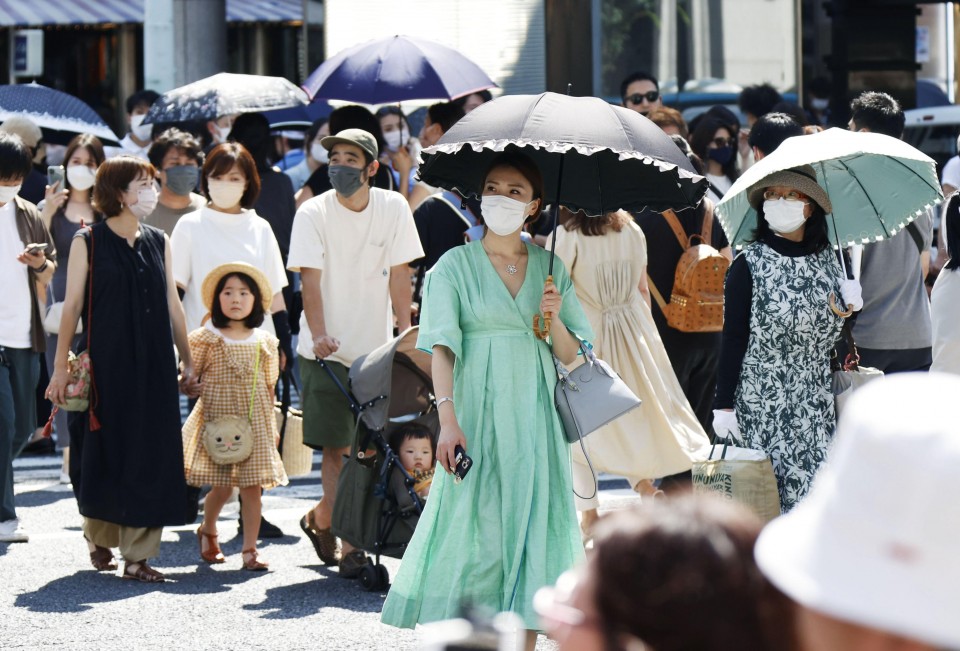 People wearing face masks for protection against the coronavirus walk under the glaring sun in Tokyo's Ginza shopping area on June 25, 2022. The city of Isesaki in Gunma Prefecture registered 40.2 C the same day, a national record high for June, the Japan Meteorological Agency said. (Kyodo) ==Kyodo 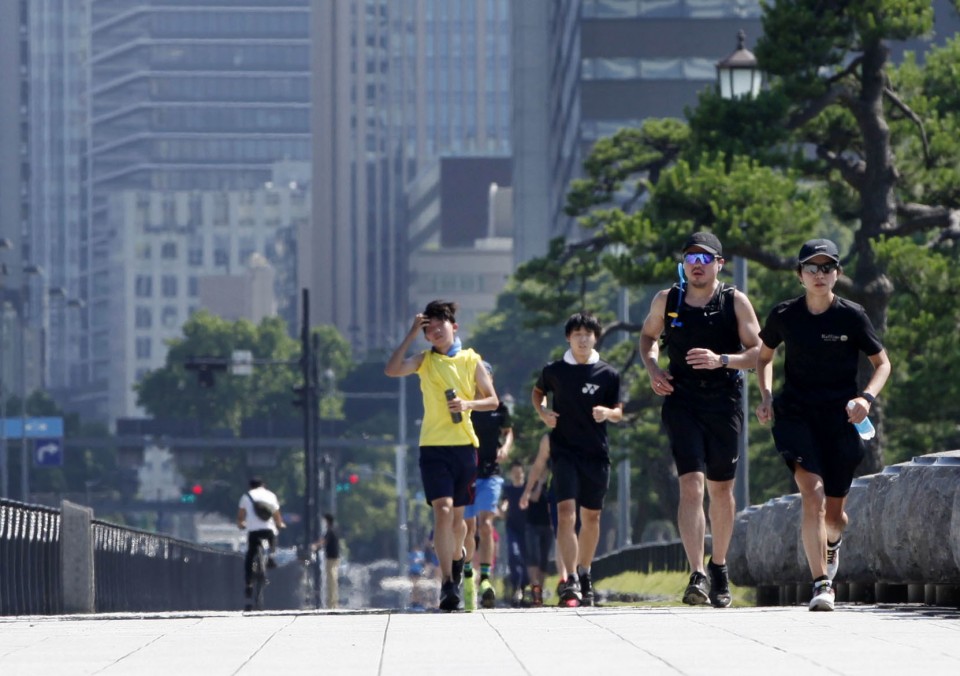 People run around the Imperial Palace in Tokyo under the glaring sun on June 25, 2022. The city of Isesaki in Gunma Prefecture registered 40.2 C the same day, a national record high for June, the Japan Meteorological Agency said. (Kyodo) ==Kyodo

Koya Obata, who brought his 6-year-old son to play in a children's park in Maebashi, Gunma Prefecture, where temperatures soared to 39.5 C, expressed doubts that he would be able to heed calls to conserve power given the heat.

"I can't do without air conditioning. It's impossible to save electricity," the 40-year-old said.

According to the agency, warm winds blowing in from the south triggered rising temperatures in the Kanto region, with observation stations recording temperatures close to 40 C in many parts.