The ruling Liberal Democratic Party remains in the lead with the highest support rate ahead of the July 10 House of Councillors election, a Kyodo News survey showed Tuesday.

In the nationwide telephone survey conducted from Sunday through Tuesday, 28.3 percent of respondents said they will vote for the LDP led by Prime Minister Fumio Kishida when casting ballots under proportional representation, up 1 point from the previous poll conducted June 18 to 19. 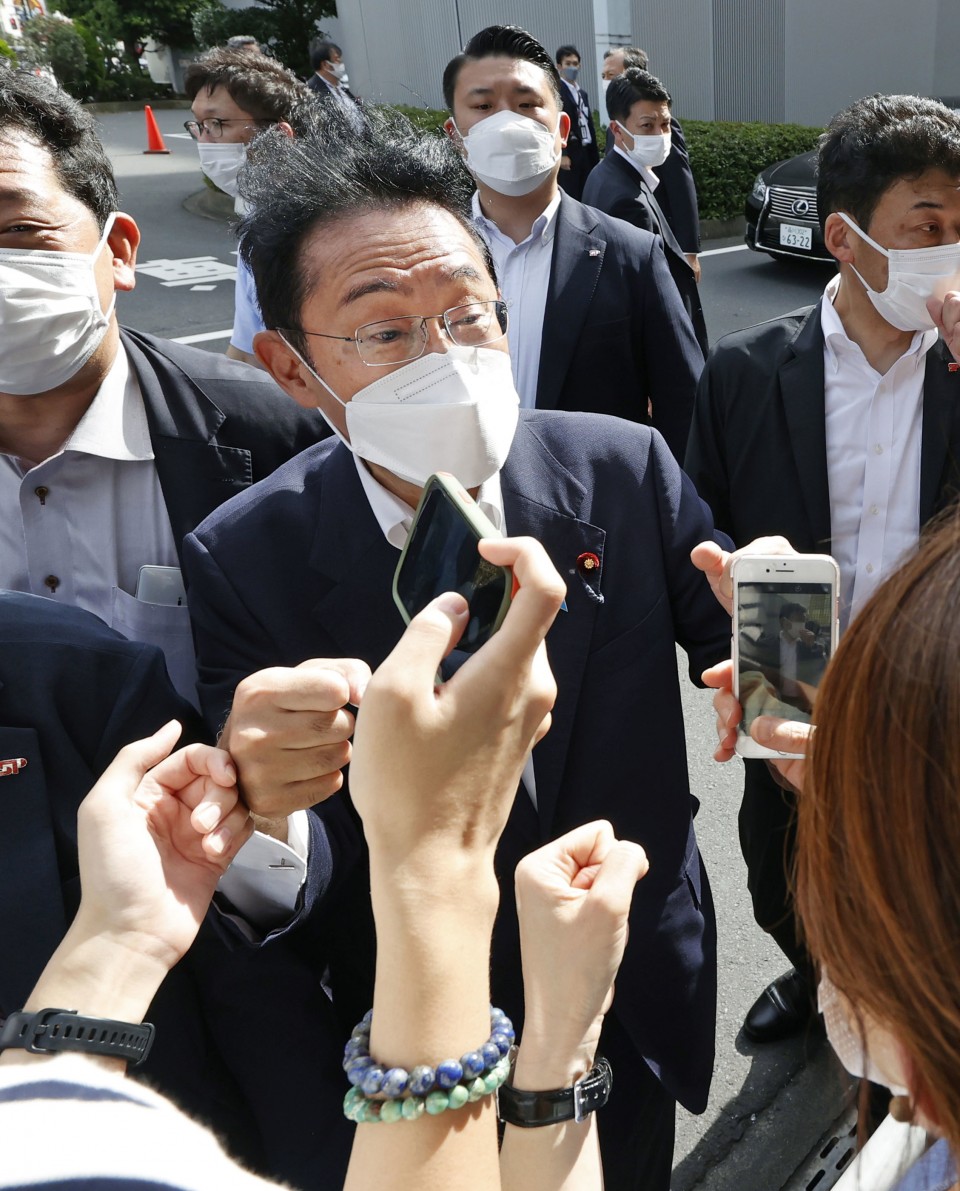 The main opposition Constitutional Democratic Party of Japan was second at 8.2 percent, up 1.2 points. Komeito, the junior coalition partner of the LDP, was at 7.2 percent, up 1 point, and the Japan Innovation Party at 6.1 percent, down 1.6 points.

Voters will cast two ballots -- one to choose electoral district representatives and one under proportional representation. In the election for the upper house, where the LDP and Komeito currently have a majority, 125 of the 248 seats will be contested.

Among prominent election issues, 79.8 percent said the Kishida government has not taken adequate measures to curb rising living costs, while 15.3 percent said its measures were adequate.

"The government will bear full responsibility in pushing forward measures against rising prices," Kishida said Saturday in a stump speech before he left for an overseas trip, adding he has already set up a task force for dealing with the issue and protecting people's lives from its adverse effects.

"Of Japan's price increases, 60 percent is energy price rise and nearly 40 percent is a rise in food prices. We need to prepare measures that fit such characteristics," Kishida said.

Japan is in the midst of efforts to pull the economy out of the COVID-19 economic fallout, but challenges such as rising commodity prices exacerbated by the Ukraine conflict and a weak yen are weighing on the world's third-largest economy.

Measures for price rises was selected as the most important issue in the election by the largest share of respondents at 41.8 percent, followed by 17.6 percent for pension, medical and nursing policies, and 8.5 percent for childcare and declining birthrate policies.

In the survey, 36.3 percent said the defense budget should be maintained at its current level, up 4.8 points from the previous poll.

Those in favor of raising the defense budget to 2 percent of the country's gross domestic product fell 3.1 points to 34.1 percent.

The budget has been limited to around 1 percent of GDP with the country's exclusively defense-oriented policy under the pacifist Constitution.

But the LDP is looking to lift the defense budget in the face of China's growing military assertiveness and North Korea's missile and nuclear programs.

Respondents were evenly split on whether the Constitution should be revised under Kishida's leadership, with 44.8 percent in favor and 44.7 percent opposed.

As for the upper house election in general, 69.3 percent of respondents said they had some interest, up 4.4 points from the previous survey, while 30.5 percent said they had little to no interest whatsoever.

Regarding the government's response to the pandemic, 65 percent found it adequate, while 32.2 percent were not satisfied.