Japan will host a Group of Seven summit under its presidency in Hiroshima between May 19 and 21 next year, Prime Minister Fumio Kishida said Tuesday in Germany.

Next year's summit is intended to send a message of peace from Hiroshima, one of the two nuclear-bombed cities in Japan during World War II, as Russia has dangled the threat of nuclear weapons since it invaded Ukraine in late February. 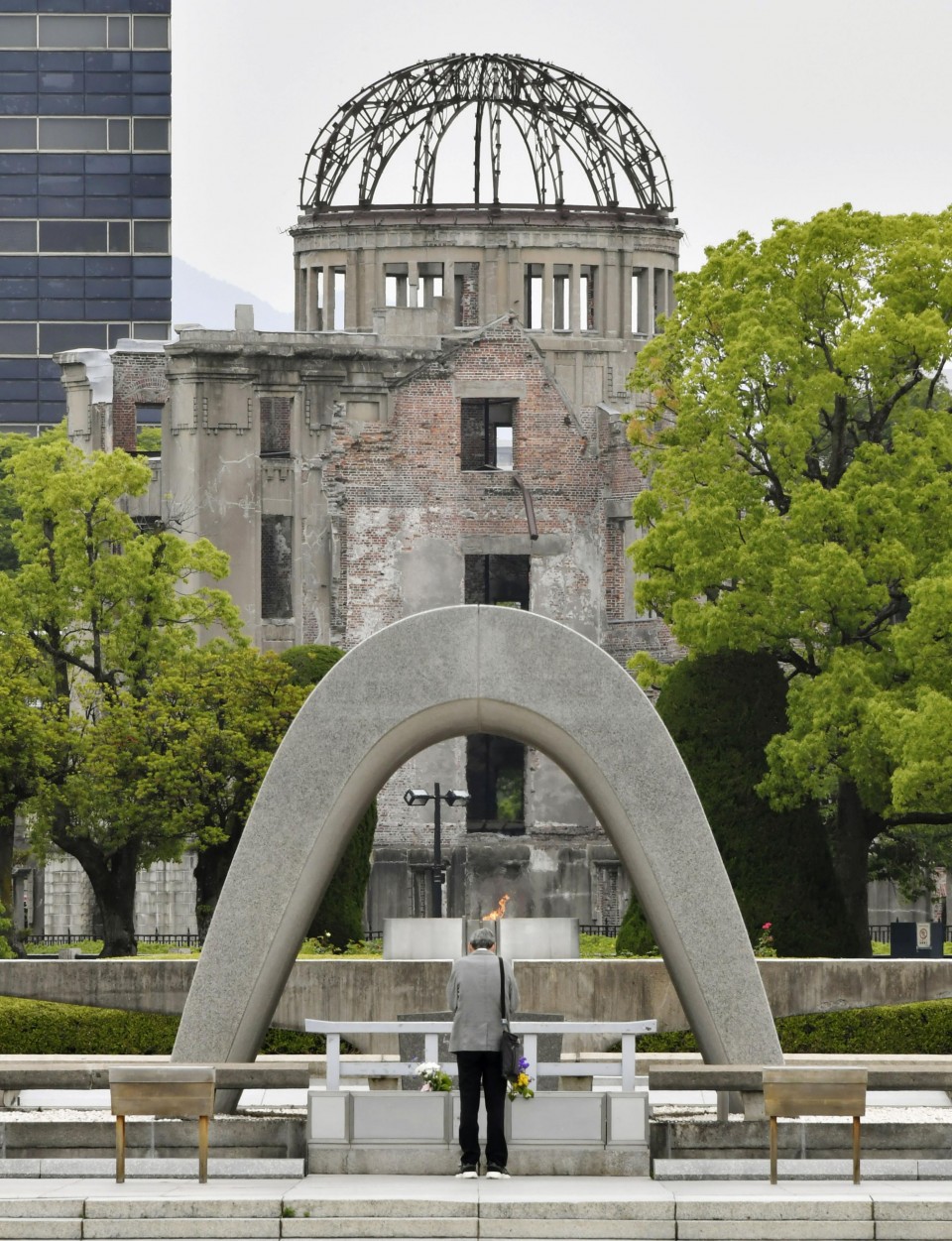 Photo taken May 26, 2021 shows the Peace Memorial Park in Hiroshima, western Japan, with the Atomic Bomb Dome seen in the background. (Kyodo)

Hiroshima, located in western Japan, will host a gathering of G-7 leaders for the first time. The group includes three nuclear powers -- Britain, France and the United States -- as well as Canada, Germany, Italy and Japan, plus the European Union.

The announcement came after this year's G-7 summit concluded in Schloss Elmau, a castle resort in southern Germany, with the Ukraine crisis dominating the discussion.

"I would like to make the summit a place for the leaders to show a strong commitment from Hiroshima to never repeating the horrors of nuclear weapons and opposing military aggressions," Kishida told a press conference.

"At the upcoming summit, the G-7 will show we will be leading efforts to create a new order based on universal values and rules," he said.

Kishida told his G-7 counterparts there is "no other fitting place than Hiroshima to commit to peace," a Japanese official quoted him as saying.

It will be the seventh G-7 summit to be held in Japan, following the group's previous gathering in Mie Prefecture in 2016.

As a longtime House of Representatives member elected from a constituency in Hiroshima, Kishida is pushing for a world free of nuclear weapons. He expressed his resolve to accelerate talks among the G-7 toward that goal.

"The G-7 reaffirms the commitment to the ultimate goal of a world without nuclear weapons with undiminished security for all, achieved through concrete, practical, and purposeful steps," the group said in a communique released after the conclusion of the three-day summit.

The leaders underlined the importance of the Treaty on the Non-Proliferation of Nuclear Weapons, or NPT, as the "foundation" of pursuing nuclear disarmament and the peaceful use of nuclear technology.

Kishida plans to attend a U.N. conference on nuclear nonproliferation to be held in New York in August, where he is expected to deliver a speech.

At the previous review conference, held in 2015 during Kishida's tenure as foreign minister, a consensus document was not adopted due to differences between nuclear weapons states and others.

Hiroshima was devastated by the first atomic bombing by the United States, which took place on Aug. 6, 1945, and was responsible for an estimated 140,000 deaths by the end of that year. A second atomic bomb was dropped over Nagasaki in southwestern Japan three days later.

U.S. President Joe Biden backed Japan's selection of Hiroshima as the summit venue during his visit to Tokyo in May.