The yen slipped to the upper 136 level against the U.S. dollar in New York trading Tuesday, marking a 24-year low amid speculation of widening interest rates between Japan and the United States. 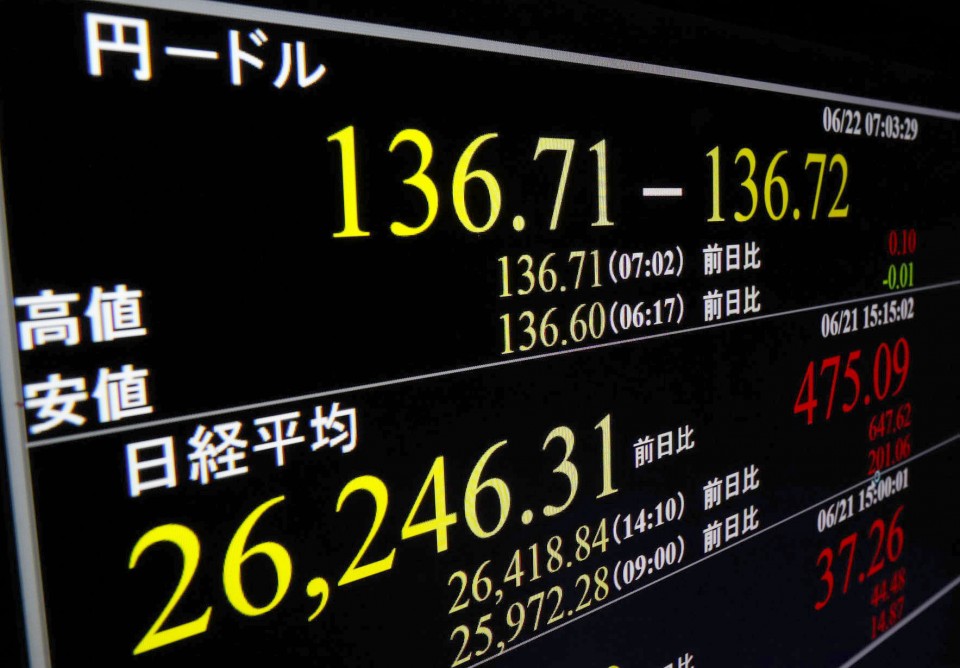 The yen fell to the 136 level in London trading amid selling of the currency in anticipation of wider interest-rate differentials between the two countries, dealers said.

The weakness of the yen versus the dollar continued in New York trading, with the yen losing further ground.

In contrast, the U.S. Federal Reserve is seen as eager to tighten its monetary grip with aggressive interest-rate hikes toward the year's end to tame soaring inflation.

BOJ policy should be set "comprehensively," not just for yen: Kishida