Inui scored 92.8662 points to win the final at the Szechy Outdoor Pool on Margaret Island on the first day of action. A total of six finals in two disciplines were decided on the day and the June 18-July 3 competitions will be spread over four locations throughout Hungary.

"The gold medal means a lot for me and I am very happy," Inui was quoted as saying on the FINA website. 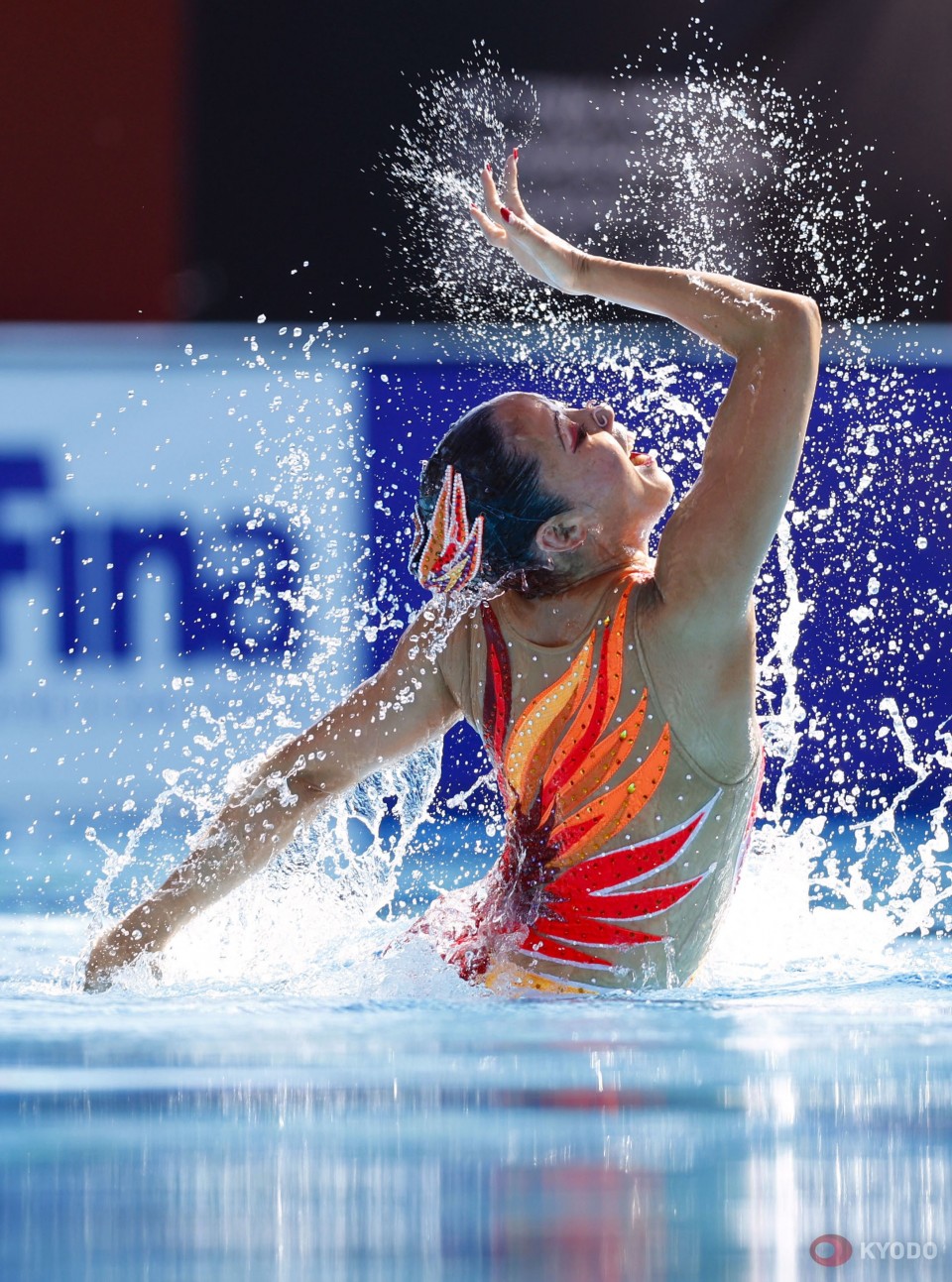 Japan's Yukiko Inui performs in the women's solo technical routine final in artistic swimming at the world championships in Budapest on June 18, 2022. (Kyodo)

"I will try my best to win again in Fukuoka as I was inspired by the Japanese (duet) swimmers who won the first gold medal in artistic swimming for Japan at the FINA World Championship in Fukuoka in 2001."

The 31-year-old Japanese, a bronze medal winner in the solo technical event at the last worlds in Gwangju, South Korea in 2019, was referring to the Fukuoka world aquatics championships which have been pushed back two years to 2023 due to the coronavirus pandemic. 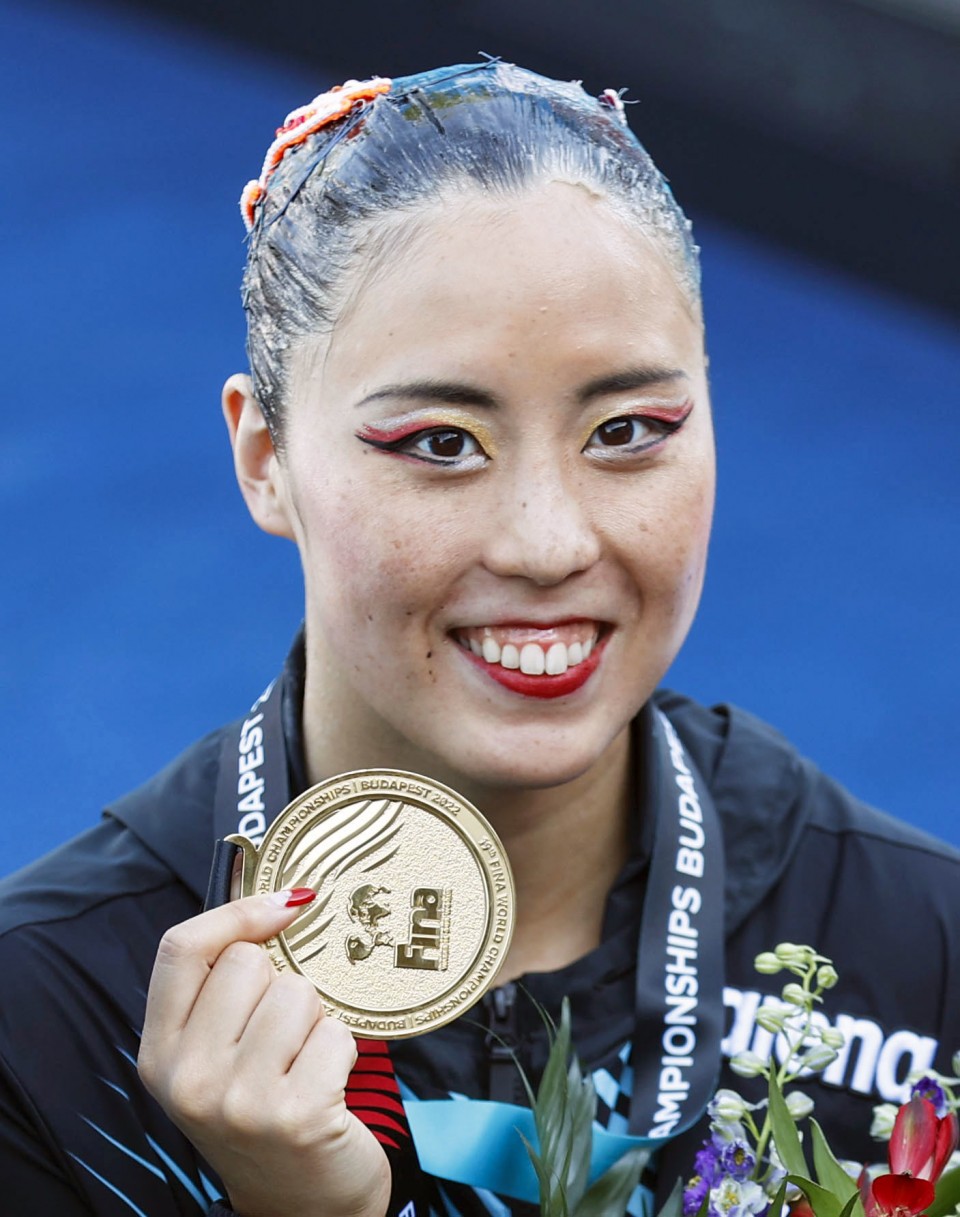 Japan's Yukiko Inui poses with her gold medal after winning the women's solo technical event in artistic swimming at the world championships in Budapest on June 18, 2022. (Kyodo)

FINA has banned Russian and Belarusian athletes and officials from this year's world championships in Budapest following Russia's invasion of Ukraine.