A large-scale donor milk bank began operating in Tokyo in April, helping mothers get premature newborn babies their required nutrients -- a promising step forward in a nation with hardly any such facilities available.

Breastmilk is known to boost babies' immune systems and protect those born underweight. Many mothers who give birth prematurely often have trouble breastfeeding or producing breastmilk. 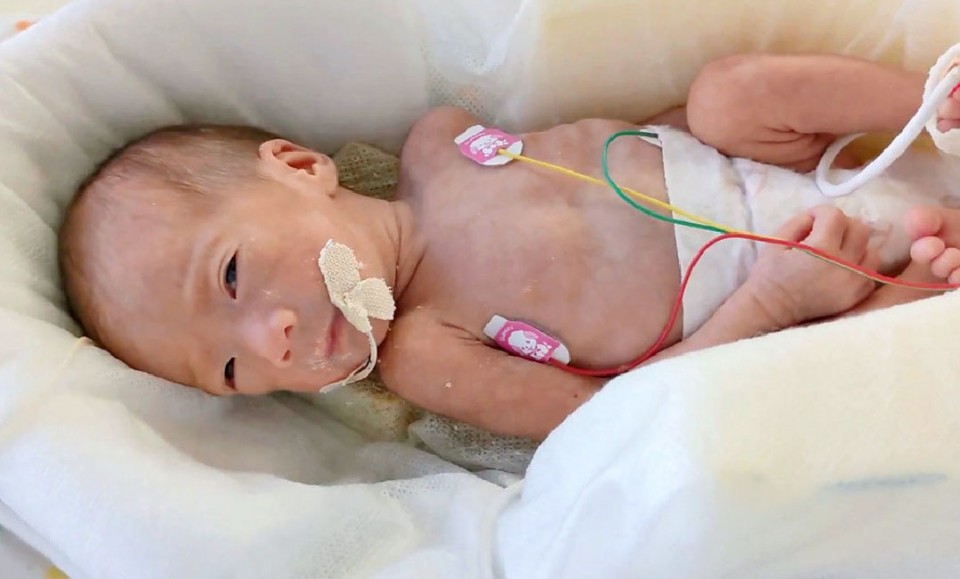 But there are only two donor milk banks in Japan, including the newly opened Nippon Foundation Human Milk Bank. The other one is also in the Japanese capital, but the number of hospitals offering mothers donated breastmilk is also limited.

A 30-year-old woman who works in Tokyo gave birth to a baby boy more than two months earlier than expected in an emergency Caesarean at a hospital in the city last December. At birth, the newborn weighed only about 1,000 grams and was immediately admitted to a neonatal intensive care unit (NICU).

The mother could barely move because of acute pain following childbirth and struggled to produce breastmilk. She felt shocked and sorry for having given birth to "such a small" child, she said.

Following her doctor's advice, she immediately decided to use donor milk until she could adequately breastfeed her baby, who continued to grow without any significant health issues.

"My stress was alleviated. My boy and our family had been saved," she said.

Donor milk banks pasteurize breastmilk, donated by registered women, for freezer storage, and supply it to hospital NICUs on demand. There are more than 750 milk banks in over 60 countries. Mothers who produce more milk than necessary to feed their own babies register. 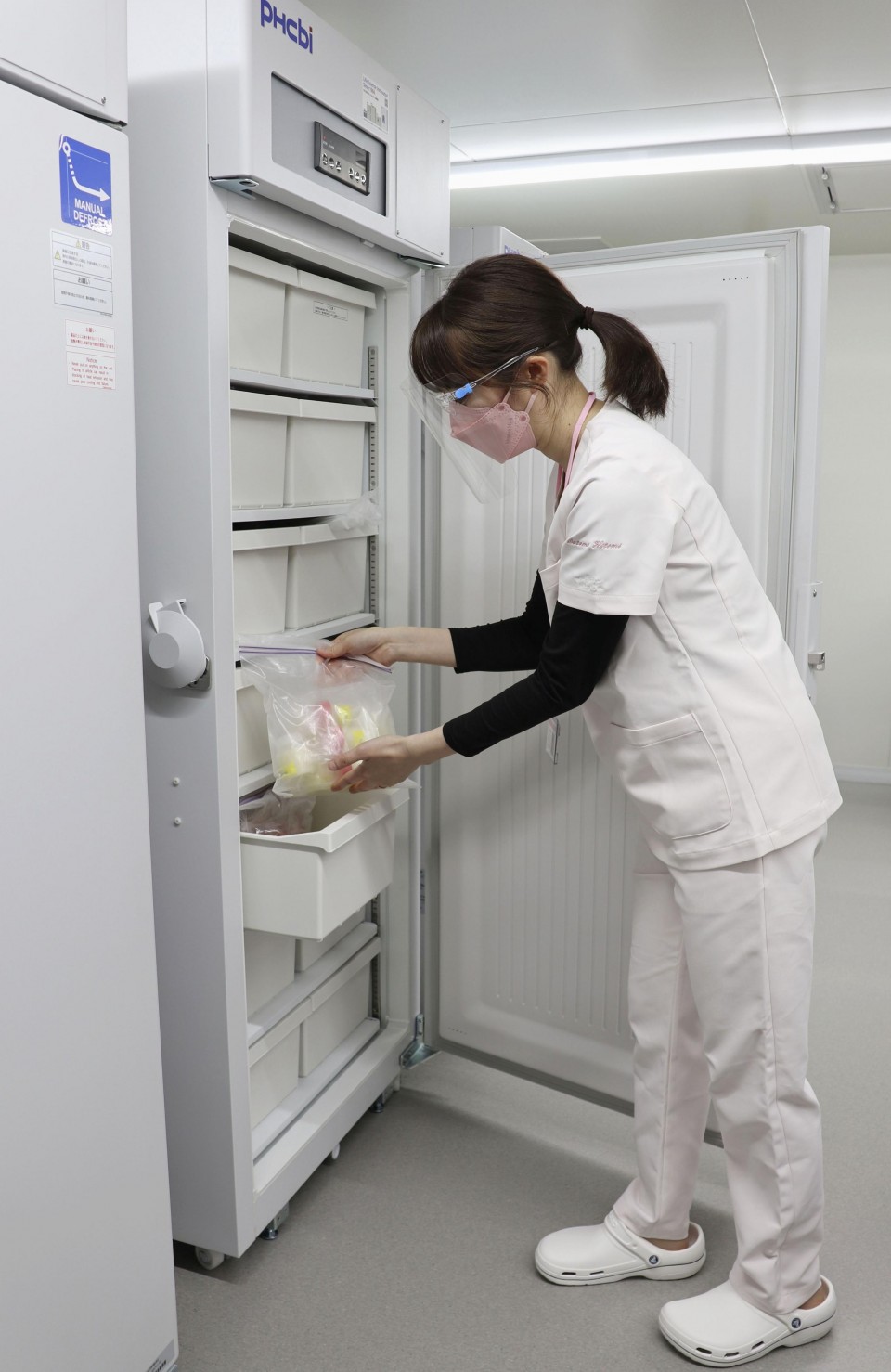 Donor milk is stored in a freezer at the Nippon Foundation Human Milk Bank in Tokyo in March 2022. (Kyodo)

The Nippon Foundation Human Milk Bank, which opened on April 1, has freezers capable of storing up to 5,000 liters of milk, enough for about 4,000 babies, per year. The aim is to have each donor supply milk on more than three occasions or more than 3 liters.

With some 160 women having registered as of the end of April, "we got off to a favorable start," said Mari Tanaka, an executive director of the milk bank.

The other donor milk bank is in the head office of Pigeon Corp., a nursey goods manufacturer, and can store donor milk for up to 1,000 babies per year.

Some 7,000 babies are born prematurely with weights of less than 1,500 grams per year in Japan, and an estimated 5,000 of them need donor milk.

As premature babies are born before their internal organs develop enough in the womb, they risk falling ill with such diseases as necrotizing enterocolitis or death of tissue in the intestine.

Studies in Japan and abroad have confirmed that breastmilk reduces the risk of the illness as it effectively provides premature babies with a good nutrient balance to contribute to the growth of the digestive tract.

There are still only a small number of Japanese hospitals where donor milk is accessible. Although there are hundreds of NICUs, only about 60 of them have contracts to receive donor milk from the two banks.

"We want to step up publicity to have hospitals recognize the merits (of donor milk)," said Tanaka.

To achieve a nationwide supply of donor milk, Katsumi Mizuno, professor of pediatrics at Showa University, stressed the need to strengthen relations with local governments so a blanket contract covering an entire prefecture can be concluded.