The Bank of Japan on Friday maintained its ultraeasy monetary policy in defiance of growing market pressure to tweak it, unfazed by the prospect of further yen weakness as it lags far behind major peers forging ahead with rate hikes to fight inflation.

Still, Governor Haruhiko Kuroda warned that the recent sharp depreciation of the Japanese currency is "negative" for the economy and the central bank will closely watch foreign exchange moves, after the no-change decision at a two-day policy meeting sent the yen sharply lower against the U.S. dollar.

In a widely expected move, the BOJ decided to set short-term interest rates at minus 0.1 percent and guide 10-year Japanese government bond yields around zero percent. 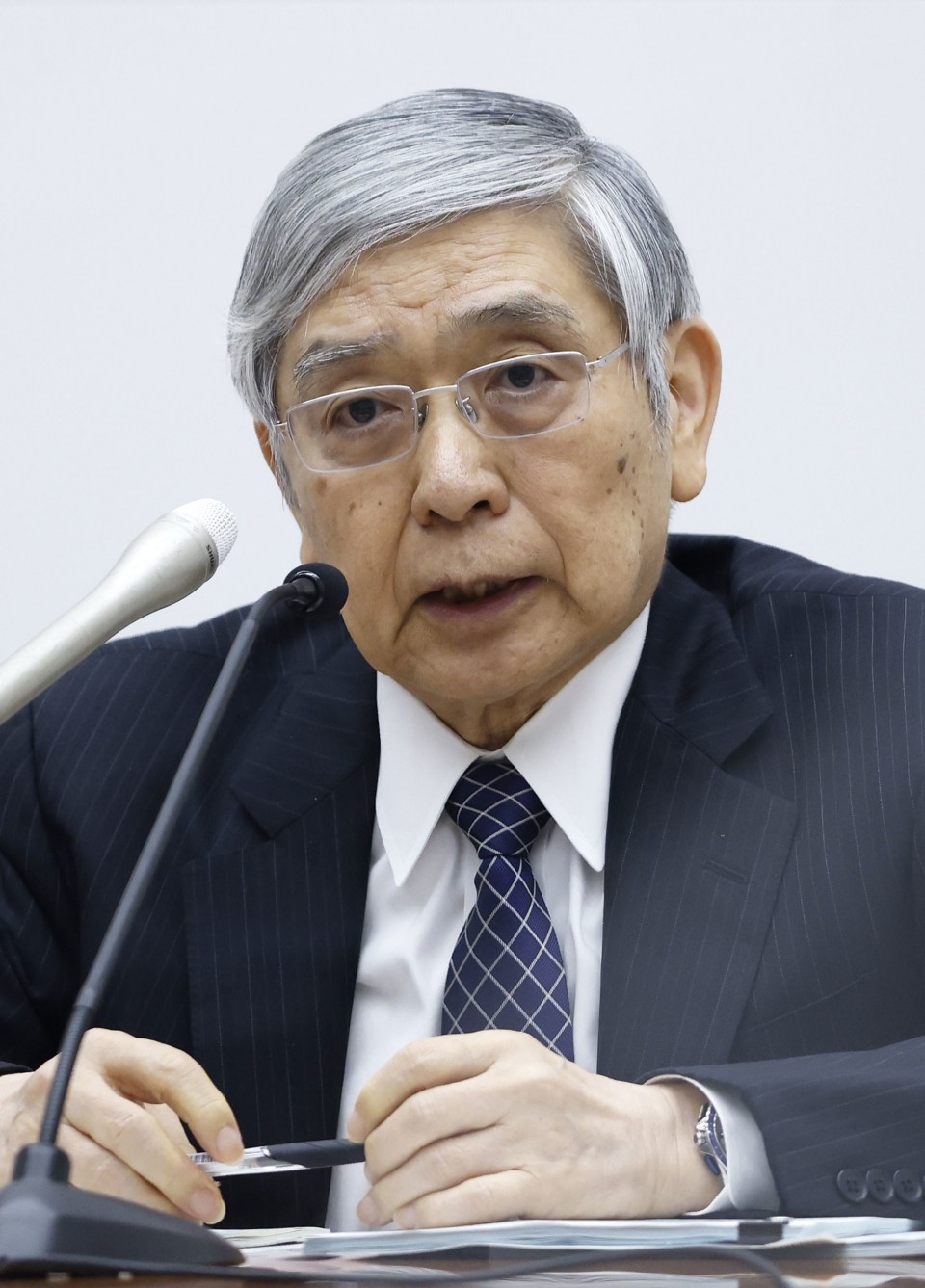 "Policy tightening is not appropriate at this point," Kuroda said at a post-meeting press conference.

"There is an extremely heightened uncertainty over the economic and financial outlook. We need to maintain monetary easing to attain the price stability target (of 2 percent) in a stable and sustainable way, accompanied by wage growth," he said.

Responding to calls for the BOJ to take steps to arrest the yen's decline -- a reflection of divergence in policy approach among the U.S. Federal Reserve and other major peers -- Kuroda reiterated that monetary policy does not target foreign exchange rates.

"The recent rapid weakening of the yen is raising uncertainty over the outlook and making it hard for companies to draw up business plans so it is negative and undesirable for the economy," he said.

Kuroda acknowledged that rising overseas yields have been affecting Japanese counterparts that the BOJ has been trying to keep depressed at rock-bottom levels under its yield-curve control program.

But he underscored the BOJ's resolve to defend its 0.25 percent upper limit on the benchmark 10-year yield, saying that no plans are in the works to allow it to rise further.

Kuroda's remarks shot down market speculation that a policy tweak would be possible as market players had tested the BOJ's tolerance and piling pressure to act ahead of the Friday meeting.

The BOJ seems to be in a bind. It needs to justify its need to retain its ultralow rate policy based on the view that a recent bout of inflation will not be sustainable while the yen's rapid depreciation, a byproduct of its dovish stance, raises import costs for resource-scarce Japan and could hurt households.

The fragile state of the Japanese economy, now faced with downward pressure from higher commodity prices, is the rationale behind the BOJ's retention of monetary easing.

"Japan's economy has picked up as a trend, although some weakness has been seen in part, mainly due to the impact of COVID-19 and a rise in commodity prices," the BOJ said in a statement issued after the policy meeting.

Major central banks are scrambling to tame soaring inflation. The Fed went ahead with a 0.75 percentage point rate hike on Wednesday, the largest since 1994, and the central banks in Britain and Switzerland followed suit by raising rates. The European Central Bank is planning to hike rates in July.

The BOJ said it would not hesitate to take additional easing steps if needed, adding that policy interest rates will remain "at their present or lower levels."

"The BOJ does not want to rock the boat now, especially before the House of Councillors election," said Mari Iwashita, chief market economist at Daiwa Securities Co., noting that Friday's decision was within expectations.

The yen has met intense selling pressure as financial markets expect the gap in interest rates between Japan and its overseas peers to widen.

"If the yen falls sharply from now, as seen in past months, it will heighten the BOJ's sense of alarm," Iwashita said. "Market speculation (of policy tweaking) will likely persist as other major central banks are raising their rates. We have an ECB meeting in July when a rate hike is expected."

Kuroda, the former Japanese top currency diplomat, had taken the view that a weaker yen is generally positive for the economy. After it slid below 135 to the dollar, he began to highlight more of its negative side.

"It may not be the case that recent volatility in currency markets has already affected corporate sentiment. That being said, I totally agree with those in business circles who say that rapid fluctuations are not favorable," he said.

Kuroda has come under fire for saying earlier this month that households had become "tolerant" of rising prices, an expression he used in stressing the need for more robust wage growth but he retracted later as inappropriate.

Consumer inflation, closely watched by the BOJ in guiding policy, has also tracked rising prices of goods traded between companies, with the key gauge excluding volatile fresh food items topping 2 percent in April for the first time in seven years.

The pass-through has been modest and the BOJ expects such cost-push inflation to be transitory. Consumers have already begun to feel pain as everyday items are more expensive, a worry for Prime Minister Fumio Kishida with a national election scheduled for July 10.