Japan, Philippines eye space as next area of defense cooperation

Space technology and surveillance could be the next step toward air defense cooperation between Japan and the Philippines in response to China's increasing military activities in the Indo-Pacific, a senior Japan Self-Defense Forces officer said Thursday.

"Unfortunately, seas and skies are no longer a safe place," Shunji Izutsu, chief of staff of the Air Self-Defense Force, said, speaking in English, during a visit to the Philippines as the two countries advance defense cooperation in the face of Beijing's militarization of disputed outposts in the South China Sea. 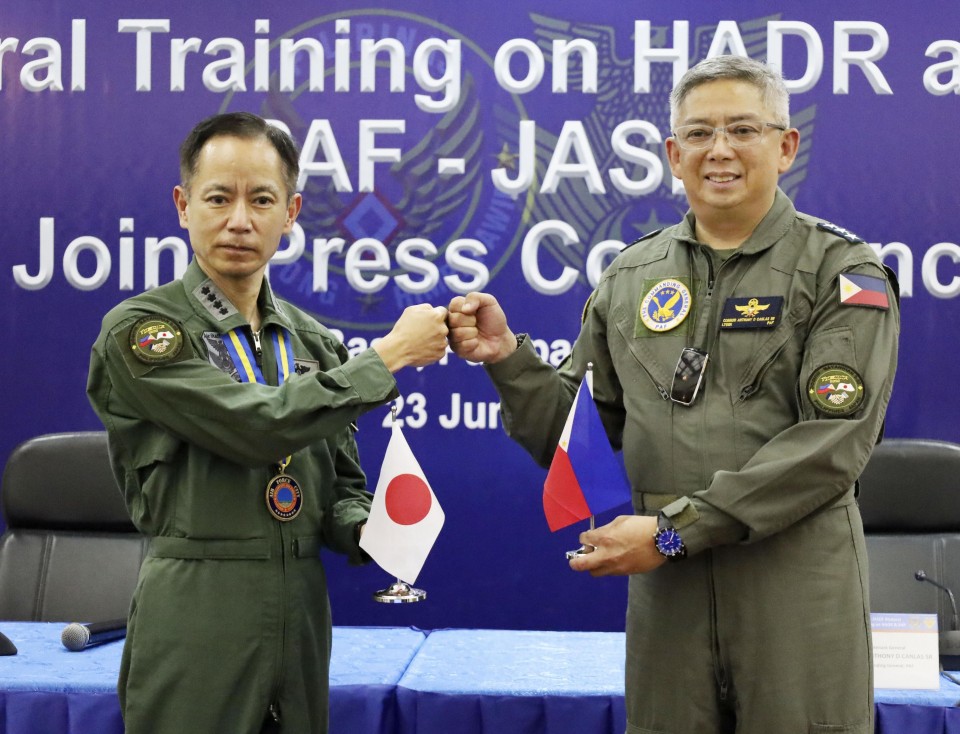 "Both nations, the Philippines and Japan, are engaging in increasing surveillance capability (and have) interest in engaging in the space situation awareness," Izutsu said in a joint news conference with Connor Anthony Canlas, chief of the Philippine Air Force, at the Clark Air Base in the country's north.

"Surveillance and awareness are very important for securing our national security," Izutsu said.

Canlas said Tokyo-Manila relations are "getting stronger" as they expand from what was a purely economic partnership before to "military and defense."

Both officials also agreed technology sharing could include software use for operating air defense radars and information gathered through satellites.

The radars could help detect and mitigate the effect of a natural calamity or an attack, he said.

The ASDF and the PAF held a joint conference Thursday at the base as part of a three-day training exercise on rescue and disaster response through Friday.

It was the second iteration of the bilateral exercise since the two countries signed an agreement in 2019 on deepening defense cooperation.

In 2016, Japan also agreed to transfer defense equipment and technology to the Philippines, a deal seen to accelerate following the inaugural two-plus-two meeting involving the two countries' defense and foreign ministers this April in Tokyo.

China and the Philippines are embroiled in a territorial dispute over the South China Sea, an area believed to be rich in minerals, gas and oil deposits, and other marine resources.

Beijing, however, continues to ignore a 2016 ruling of the Permanent Court of Arbitration at The Hague that invalidated its sweeping claims over most of the sea.