Britain on Wednesday will lift import restrictions on some Japanese food products imposed in the wake of the 2011 Fukushima nuclear disaster, Prime Minister Boris Johnson said Tuesday during his meeting with Japan's Prime Minister Fumio Kishida.

"I'm delighted that tomorrow, finally, we are able to have Fukushima-origin products all over the shops in the U.K.," Johnson said at the outset of the meeting on the fringes of a Group of Seven leaders' summit in southern Germany. 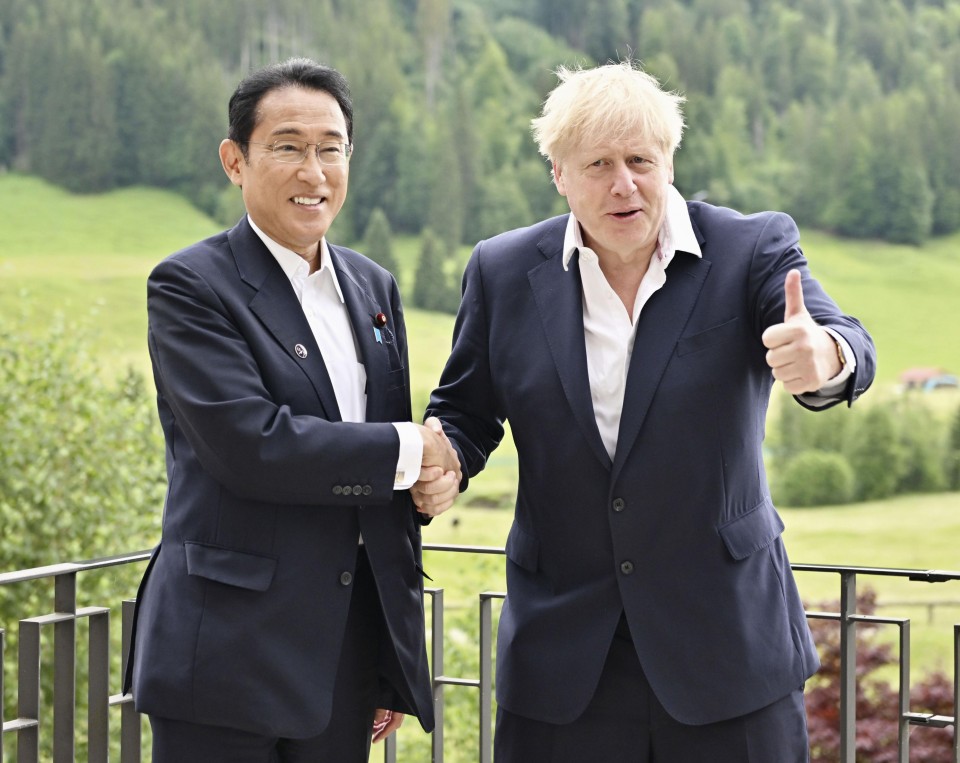 Farm products including mushrooms from Fukushima, Miyagi and seven other prefectures had been subject to Britain's import restrictions, with these items needing proof of having passed a check for radioactive materials, according to the Japanese government.

Kishida expressed his appreciation for the British decision, coming after his visit to Britain in May when the leaders discussed the issue. The British government had promised to remove the restrictions by the end of June.

Some countries and regions, such as China, Russia, South Korea, Indonesia and Taiwan, still impose import restrictions, according to the Japanese government.