Toshiba gets 8 proposals for privatization from potential partners

Toshiba Corp. said Thursday it has received 10 business strategy proposals from potential partners, eight of which recommend that the Japanese conglomerate go private to raise its corporate value.

The remaining two offers for Toshiba were capital and business alliances under which shares of the troubled technology giant with a nearly 150-year history would continue to be listed.

Toshiba did not release the names of the potential partners, which submitted their initial non-binding proposals by the deadline on Monday.

"It is fundamental for us to conduct (the selection process) with transparency and in consideration of what will contribute most to increasing our corporate value," Toshiba President and CEO Taro Shimada said during an online briefing on management policy. 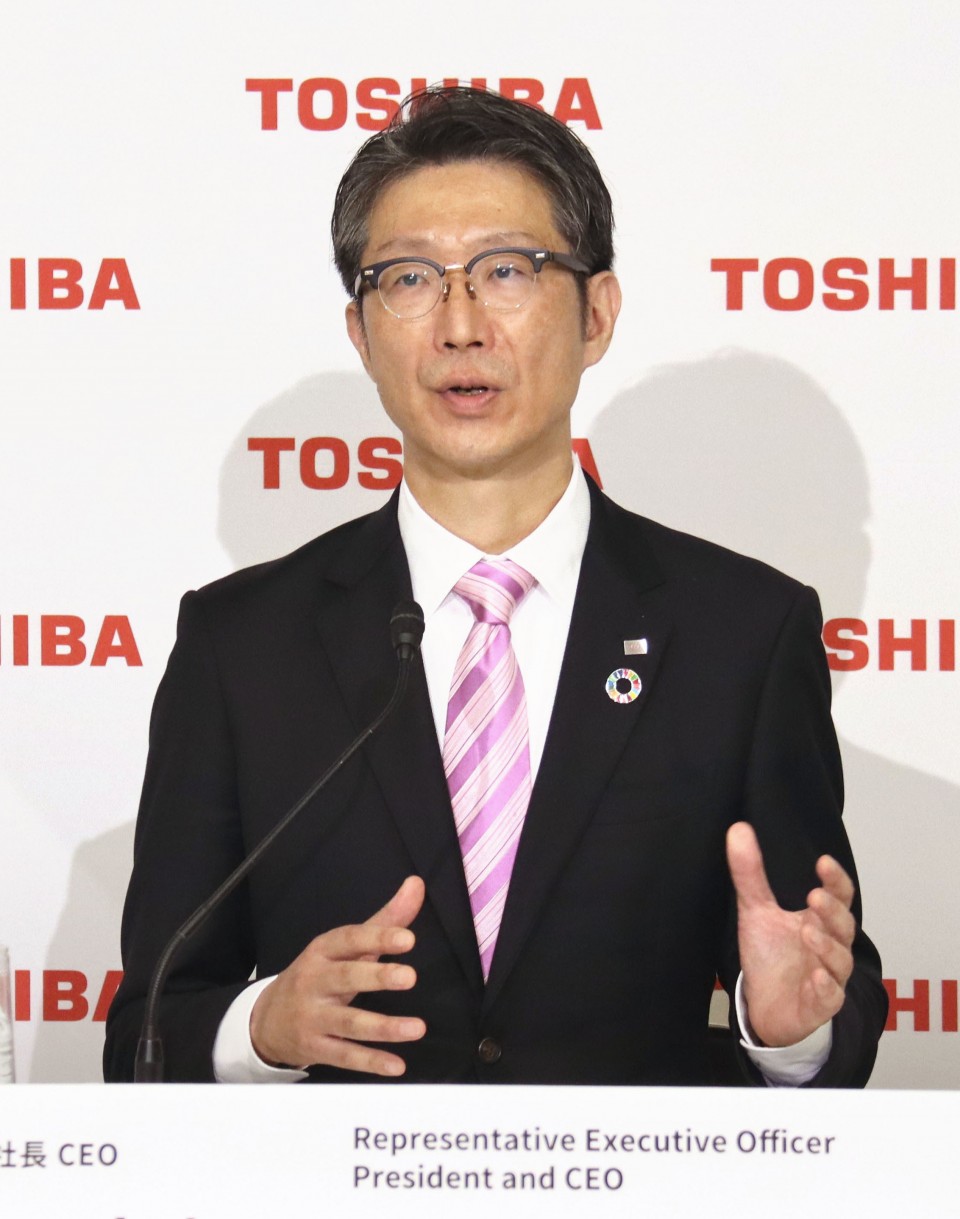 Toshiba Corp. President and CEO Taro Shimada speaks during a briefing on management policy in Tokyo on June 2, 2022. (Photo courtesy of Toshiba Corp.)(Kyodo)

He added that the conglomerate will retain the elevator and lighting businesses, which it had previously decided to sell, as strategically important operations. The company halted the planned sale after the group's two-way split idea was voted down by shareholders earlier this year.

The company has been facing pressure from shareholders, especially foreign activist investors, frustrated by its lackluster efforts to boost growth.

In April, Toshiba said it would welcome proposals on strategic options, including a potential buyout, after shareholders rejected the split plan.

After evaluating the proposals, Toshiba will narrow down potential partners and solicit follow-up offers following its shareholder meeting on June 28.

Japan Investment Corp., owned in large part by the government, and U.S. investment fund Bain Capital are among the companies that have been reported as considering a possible acquisition of Toshiba.

But as Toshiba's nuclear power and defense sectors are deemed crucial to Japan's economic security, any tender offer will need to be screened by the Ministry of Economy, Trade and Industry, posing a potential challenge for overseas companies.