Inoue beat Nonito Donaire of the Philippines with a second-round technical knockout Tuesday in their bantamweight world title unification bout, becoming the first boxer from Japan to hold a world title from three different sanctioning bodies in a weight division. 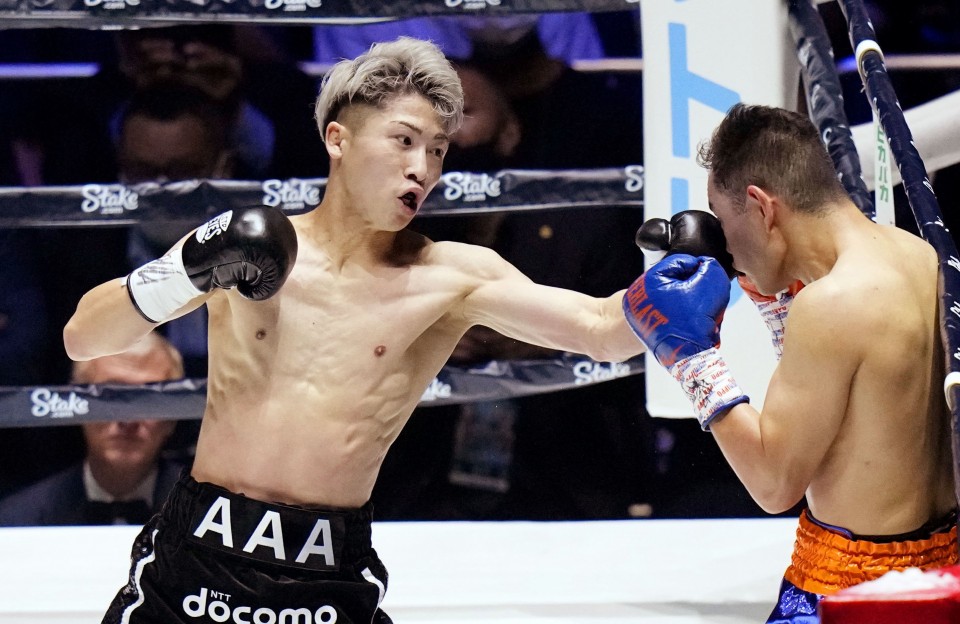 Japan's Naoya Inoue (L) lands a punch on Nonito Donaire of the Philippines in the second round of their WBA, WBC and IBF bantamweight boxing title unification match at Saitama Super Arena in Saitama, near Tokyo, on June 7, 2022. (Kyodo)

"I've come to a place where no Japanese has ever reached," Inoue tweeted after topping the pound-for-pound standing.

The magazine panel voted the 29-year-old, who goes by the nickname "Monster," into the top spot 5-4, edging reigning unified heavyweight titleholder Oleksandr Usyk of Ukraine.

Inoue's previous highest position in the ranking was second, while he was third in the last edition.

After his win over Donaire at Saitama Super Arena, Inoue said he aims to add a fourth bantamweight title, the WBO crown currently held by Britain's Paul Butler, if the fight can be realized this year.

The WBA, IBF and WBC champ, who boasts a perfect 23-0 record with 20 knockouts, said he will go up a division and fight in the super bantamweight if that does not come to fruition as he eyes winning a world title in a fourth weight category.

According to Ring, the PFP ranking was introduced in 1989 and counts American heavyweight winner Mike Tyson and six-division winner Manny Pacquiao of the Philippines among its previous top-rankers.