Japanese golfers Yuka Saso and Nasa Hataoka advanced to the weekend rounds at the Women's PGA Championship on Friday with Chun In Gee of South Korea still the runaway leader.

Saso had an eagle, three birdies and three bogeys in her 2-under 70 at Congressional Country Club and is tied for 14th with a 2-under two-round total. 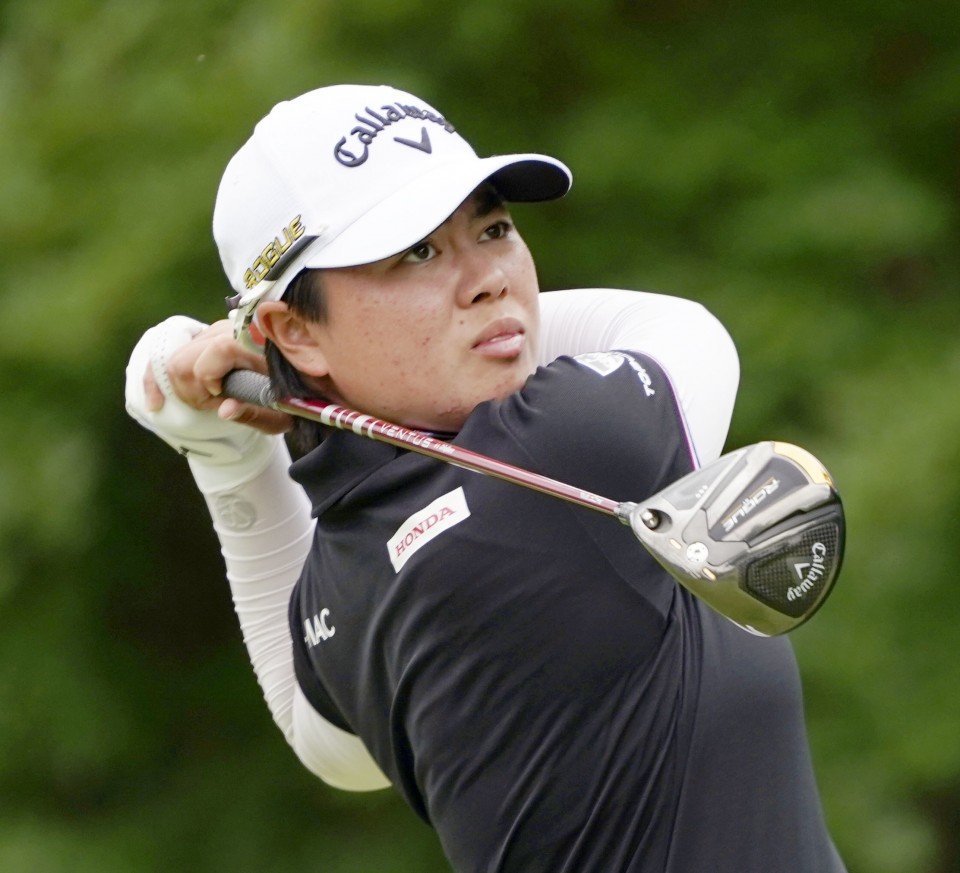 Yuka Saso of Japan hits off the 11th tee during the second round of the Women's PGA Championship golf tournament at Congressional Country Club in Bethesda, Maryland, on June 24, 2022. (Kyodo)

Saso is nine strokes behind leader Chun who backed up her course record-equaling 64 from the first round with a 69 to sit six shots clear of the field.

Hataoka, who is seeking her first major golf title, had an up and down round that featured four birdies and four bogeys which left her tied for 17th place at 1-under.

"I think my putting was better than yesterday and that helped my score. I want to have fun and play good golf," she said.

New Zealand's Lydia Ko and American Jennifer Kupcho are tied for second at 5-under. Ko, who was tied for 15th after the opening round, shot up the leaderboard, carding six birdies in her 67.

Of the other Japanese, Mao Saigo and Hinako Shibuno made the cut, but Ayaka Furue did not. Furue went into a freefall after shooting 77, six shots worse than her opening round, to finish at 4-over.

The winner of the Maryland event, the third major of the women's season, will collect $1.35 million, double the amount from 2021. 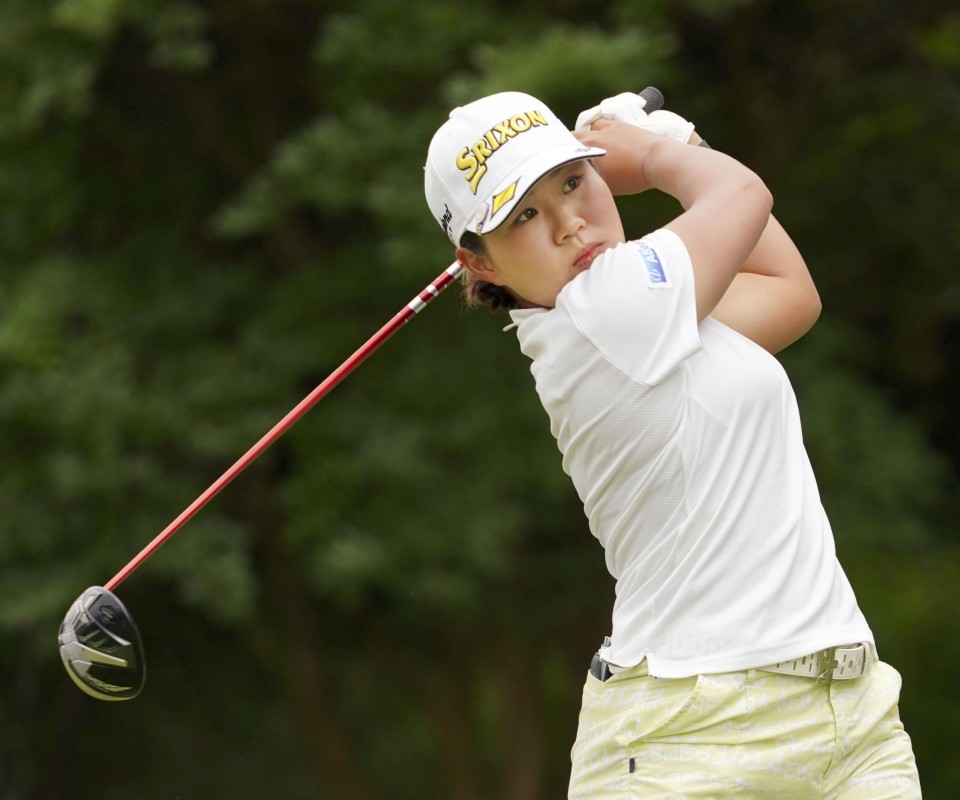 Nasa Hataoka of Japan hits off the 11th tee during the second round of the Women's PGA Championship golf tournament at Congressional Country Club in Bethesda, Maryland, on June 24, 2022. (Kyodo)