Reflecting on his country's 20 years of independence, East Timor's first president and former guerilla leader Xanana Gusmao sees that the way ahead will still not be easy despite some progress made in terms of developing the economy and raising people's standard of living.

"We did some progress, but we have also some failures, meaning that we will have more challenges in the future," Gusmao told Kyodo News in an interview in the capital Dili over the weekend.

The famed icon of East Timor, who has been regarded as the national hero, shared difficulties he had to deal with in the first years of leading the tiny country after getting independence, during which its people were still traumatized by the war. 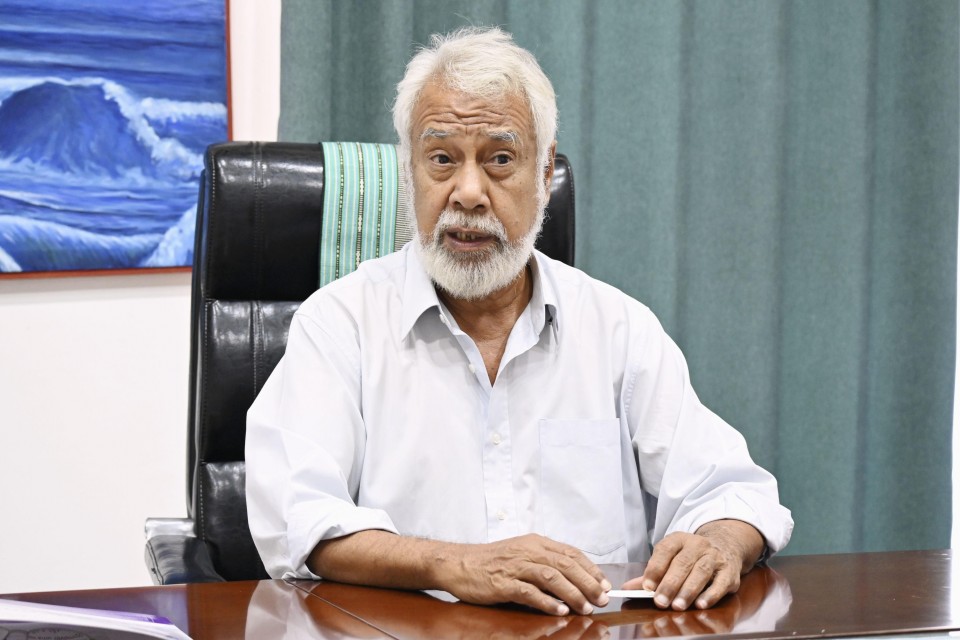 Gusmao held the presidency from 2002 to 2007 after it gained independence from Indonesia through a referendum on self-determination in 1999. He then became prime minister until 2015.

In 2006, under his leadership, East Timor faced a full-scale collapse of civil order sparked by alleged discrimination in the military against personnel originating from the western part of the country.

The crisis led to a coup attempt and violence across the country, ending up with the resignation of then Prime Minister Mari Alkatiri.

"The first five years were mounted by conflicts and violence," Gusmao recalled.

Only in the second five years, the 75-year-old said, "We could start breathing a little bit more because people started to be conscious of the need of peace and stability."

"People reconciled from there by having a notion that without peace, (there will be) no development and without development, there will be no peace," he said.

He cited the Ukrainian war as an example that no one wins in a war, but ordinary people suffer.

The path toward the future for East Timor, however, will still be full of torments.

Despite receiving oil and gas revenues since 2005, East Timor remains one of the poorest countries in the Asia-Pacific region, with the Asian Development Bank indicating that around 42 percent of the population lives below the poverty line.

Basic income, health and literacy levels are similar to those of countries in sub-Saharan Africa, while unemployment and underemployment combined are estimated to be as high as 70 percent.

The time has come then for the next government to focus more on job creation and economic diversification after spending the state budget mostly on basic infrastructure in the past 20 years.

Official statistics show that young East Timorese aged between 15 and 24 years old are only 14 percent of the total labor force, but make up more than two-thirds of those unemployed in the country.

Seeing young East Timorese lining up in front of the Portuguese Embassy in Dili to get Portuguese passports in an effort to find jobs in Europe is not uncommon.

Indonesia annexed East Timor by force in 1976 after it had been under Portuguese colonial rule for about 400 years.

It formally gained independence in 2002 after two-and-a-half years under U.N. administration following a referendum in 1999 in which the East Timorese overwhelmingly voted for separation from Indonesia.