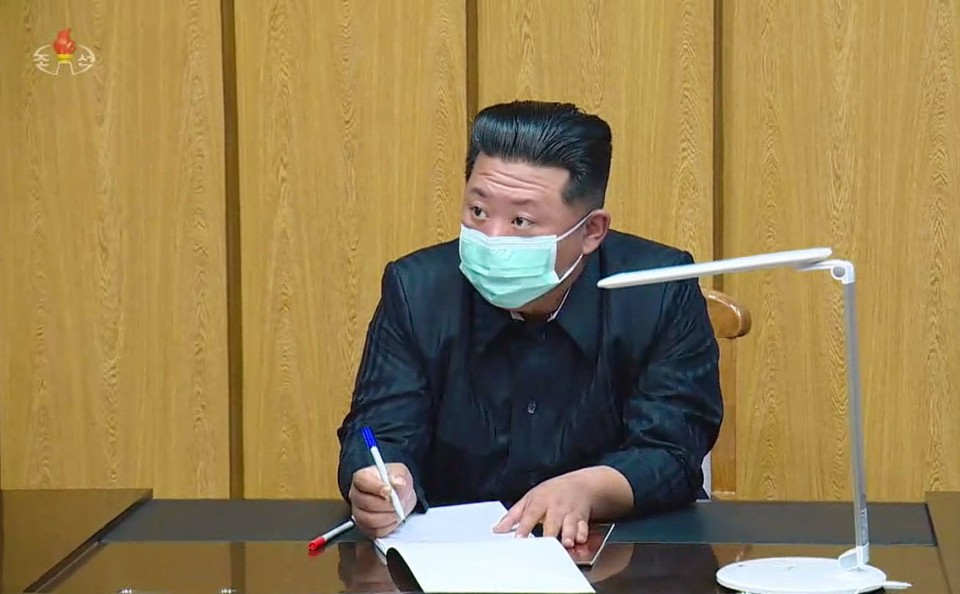 BEIJING - At least one person, confirmed to have contracted the novel coronavirus, has died and around 187,800 people are being quarantined and treated after a fever "explosively spread" in North Korea, state-run media reported Friday.

Since late April, six people with symptoms of fever have died and one tested positive for the highly contagious Omicron BA.2 subvariant of the coronavirus, the official Korean Central News Agency said, adding that cases of a fever of unidentified origin have been reported nationwide.

Around 18,000 people caught the fever on Thursday, bringing the cumulative total to more than 350,000 in the country of 25 million, KCNA reported, adding at least 162,200 have recovered completely.

North Korea on Thursday reported its first coronavirus case since the pandemic began, prompting leader Kim Jong Un to instruct officials to thoroughly block all cities and counties across the nation and boost measures to curb the outbreak.

Kim has pointed out that the "simultaneous spread of fever" shows "there is a vulnerable point in the epidemic prevention system we have already established," according to the news agency.

North Korea was expected to receive vaccines from Britain's AstraZeneca Plc through a U.N.-backed COVAX facility in May last year but the plan was postponed as the nation was unwilling to follow the instructions by the COVAX program.

The South Korean government offered Friday to send COVID-19 vaccines, masks and self-test kits among other items to Pyongyang as it sees the pandemic situation in its neighboring country quite serious.

President Yoon Suk Yeol, who took office on Tuesday, "has decided to support North Koreans with COVID-19 vaccines as well as medicine and medical supplies," presidential spokesperson Kang In Sun said in a statement, adding that details such as through what route the aid will be given will be discussed with North Korea going forward.

Freight train operations between North Korea and China, meanwhile, resumed in January after a plunge in bilateral trade apparently weighed on North Korea's economy, making it more difficult for its people to receive adequate food and daily necessities.

Despite the COVID-19 pandemic, several massive public events were held in North Korea in April on various anniversaries, including a vast military parade and gatherings in which most of the participants did not wear protective face masks.

North Korea is believed to be vulnerable to infectious diseases due largely to chronic shortages of food and medical supplies as a result of international economic sanctions aimed at thwarting Pyongyang's nuclear and ballistic missile ambitions.