Sumo's lone grand champion wrapped up the title Sunday at Ryogoku Kokugikan with a 12-3 record, finishing ahead of three wrestlers tied at 11-4. 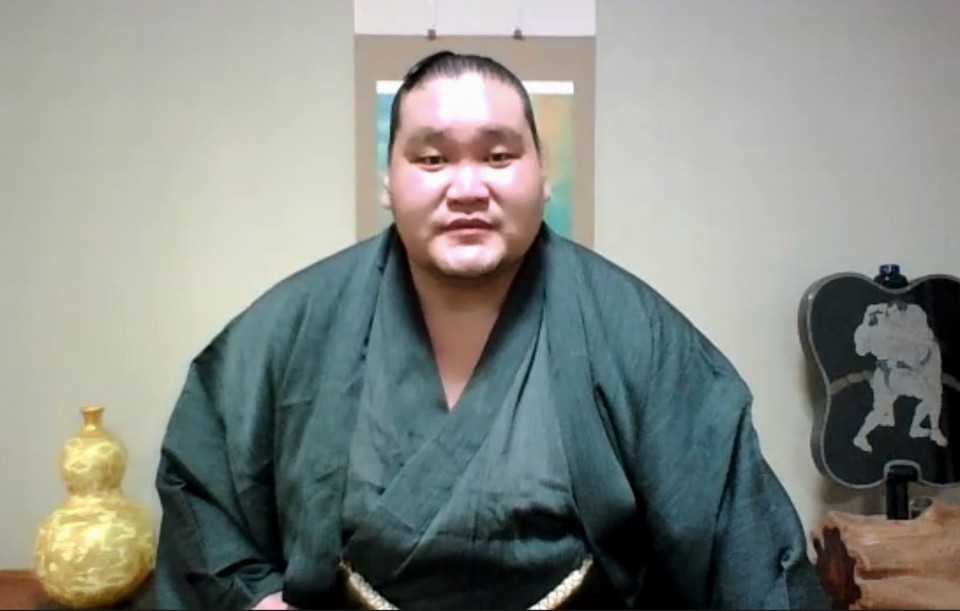 Yokozuna Terunofuji holds an online press conference on May 23, 2022, after claiming his seventh Emperor's Cup at the Summer Grand Sumo Tournament a day earlier. (Kyodo)

Returning from knee and heel injuries that forced his early withdrawal from the March competition, the Mongolian-born powerhouse made an uncharacteristically shaky start before closing out the tournament with seven straight wins.

"I'm in a position (as yokozuna) where I have to win championships, so I'm relieved to achieve that," Terunofuji said during an online press conference.

He started the final day of the 15-day competition tied for the lead with No. 4 maegashira Takanosho, whose subsequent loss to No. 12 Sadanoumi left the yokozuna needing a win over ozeki Mitakeumi to seal the title.

Terunofuji took care of business in the day's final bout, forcing Mitakeumi over the edge to avoid a four-way tiebreaking playoff and secure his first championship in three tournaments.

The 30-year-old has become accustomed to fighting through pain after overcoming major health obstacles, including multiple knee surgeries, on his remarkable climb back from the depths of the sumo rankings. 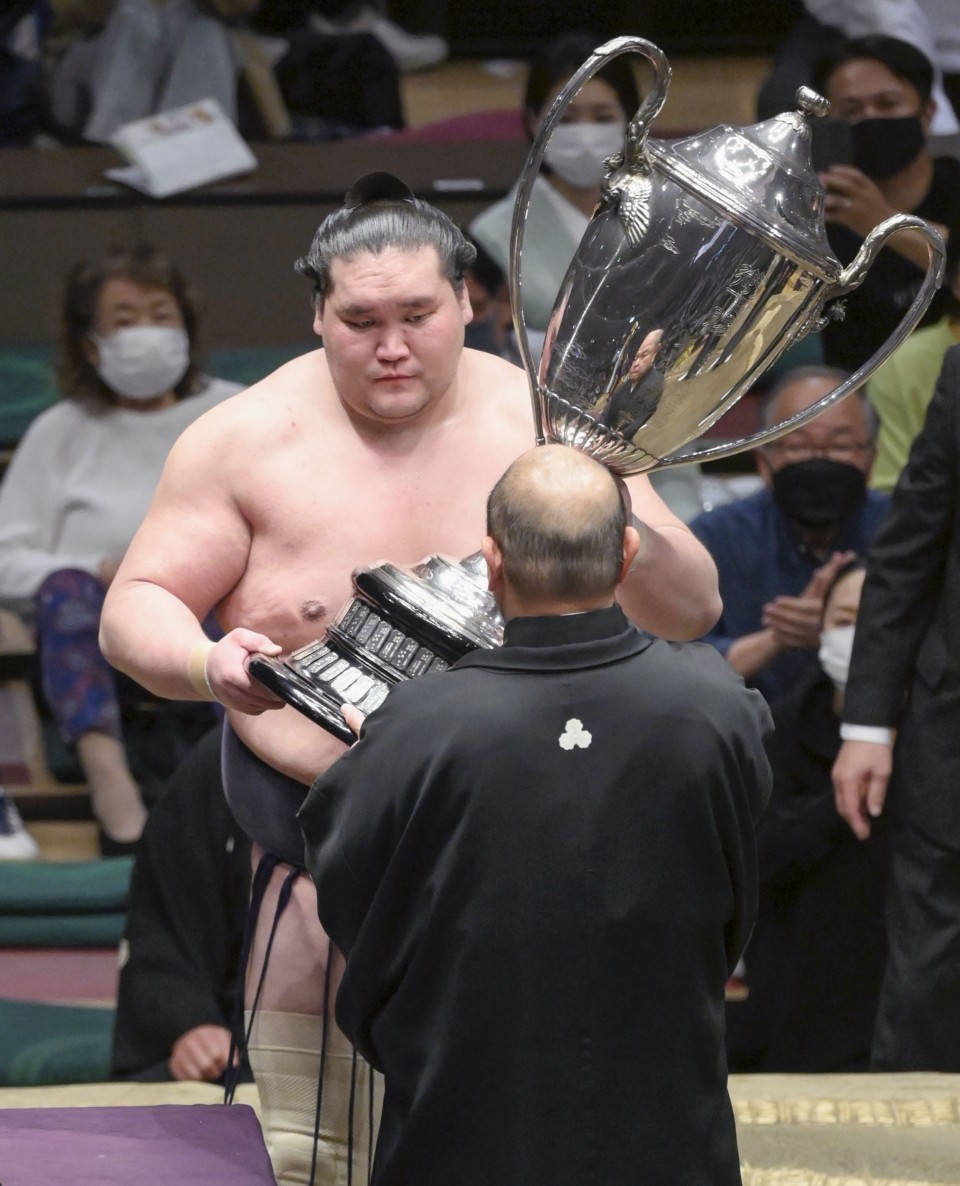 The yokozuna said he was happy to give his Isegahama stable something extra to celebrate ahead of a retirement ceremony for its elder Ajigawa, the former sekiwake Aminishiki.

Terunofuji said he had learned a lot from the former wrestler, who also battled long-term knee issues during his career.

"He taught me how to deal with my injuries among many other things. He's a senior I respect," Terunofuji said.