Leaders of the Group of Seven industrialized nations on Sunday committed to ban or phase out Russian oil imports, in the latest step to pressure Moscow into ending its war in Ukraine.

Japan, a resource-poor country that has been importing Russian crude to diversify its supply, had been reluctant to prohibit Russian oil imports. But Japanese Prime Minister Fumio Kishida told the virtual meeting of G-7 leaders that his country will take measures to ban them "in principle."

The commitment by the entire G-7 will "hit hard at the main artery" of the Russian economy and deny President Vladimir Putin the revenue he needs to fund the war, the White House said. 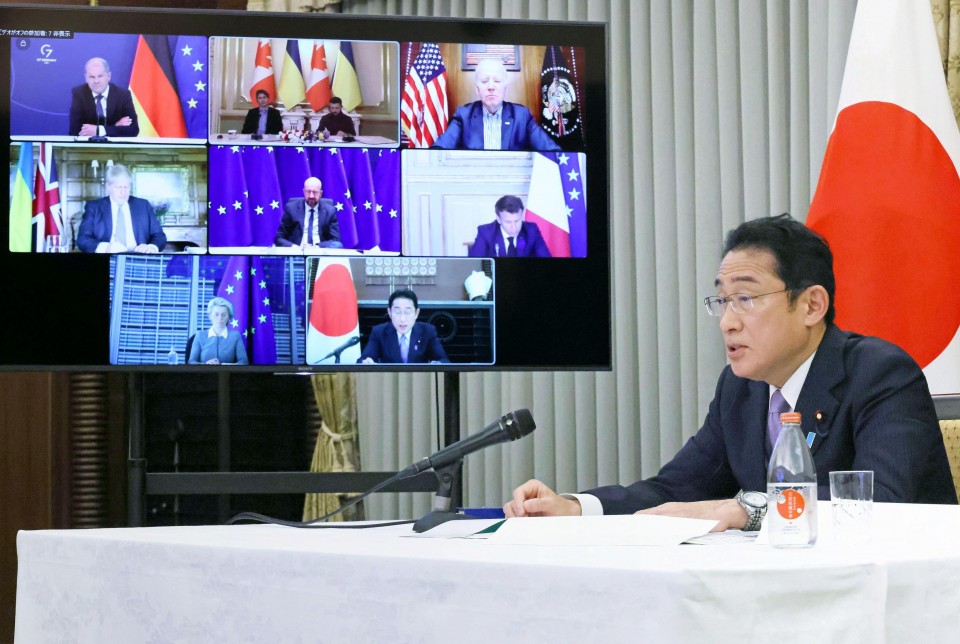 The United States, which has been spearheading efforts to punish Russia over its Ukraine invasion, already banned imports of Russian oil, liquefied natural gas and coal in March.

For Japan, "This is a very difficult decision but the unity of the G-7 is most important now," Kishida told reporters in Tokyo.

Japan, which has already decided to phase out Russian coal imports, will take steps to slowly do the same for Russian oil but will maintain its interests in oil and gas projects in the Russian Far East, given they "contribute to the stable supply of inexpensive energy in the long term," he said.

Kishida did not give a specific timeline for imposing the steps, only saying Japan will reduce or halt imports "in light of the reality."

Russia accounted for 3.6 percent of Japanese crude oil imports in 2021, with its major suppliers located in the Middle East.

The G-7 statement said, "We commit to phase out our dependency on Russian energy, including by phasing out or banning the import of Russian oil."

"We will ensure that we do so in a timely and orderly fashion, and in ways that provide time for the world to secure alternative supplies," it added.

The G-7 also said in the statement that members will take measures to prohibit or otherwise prevent the provision of key services on which Moscow depends, as part of efforts to reinforce Russia's isolation across all sectors of its economy.

They will also continue and elevate their campaign against Russian elites who support Putin in his war effort, by imposing sanctions on additional individuals, according to the statement.

The United States, for its part, announced sanctions against three highly viewed state-controlled television stations in Russia and said it will prohibit U.S. persons from providing accounting and management consulting services to any person in Russia.

The G-7 consists of Britain, Canada, Germany, France, Italy, Japan and the United States, plus the European Union. The virtual meeting on Sunday was also joined by Ukrainian President Volodymyr Zelenskyy.

The show of solidarity over Ukraine took place a day before Victory Day in Russia, an anniversary commemorating the Soviet Union's role in defeating Nazi Germany in World War II.

Putin is believed to want to mark the day with what he can call some kind of "victory" in the Ukraine conflict, which has apparently not gone as initially planned in the face of fierce resistance from the Ukrainians since it started in late February. 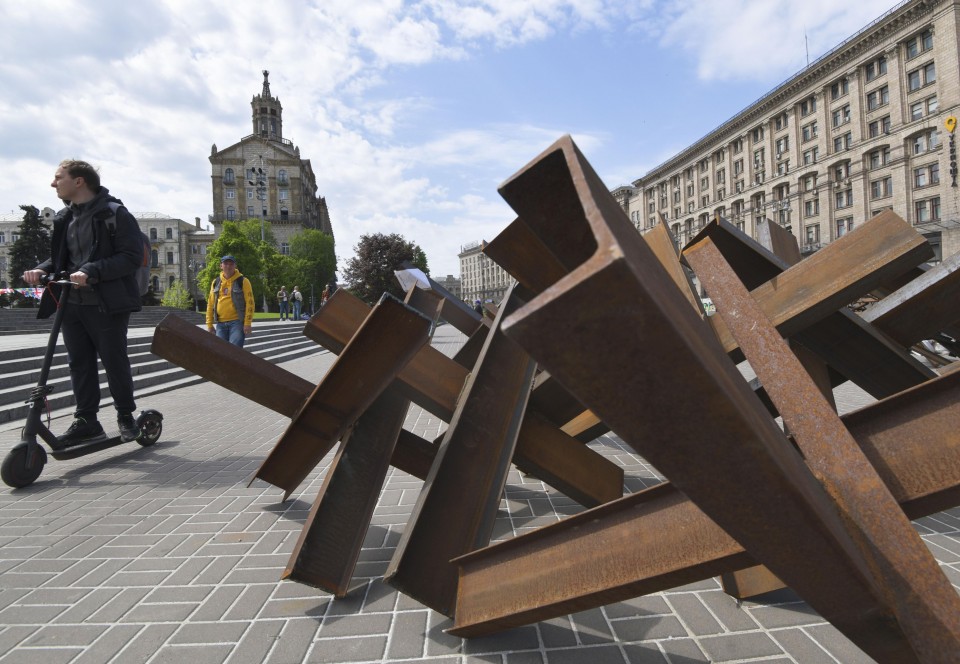 Barricades are placed near Independence Square in Kyiv on May 8, 2022, amid Russia's invasion of Ukraine. (Kyodo) ==Kyodo