"Uncertainty over the economic outlook has grown following the destabilization of prices and supply of crude oil and grain," Suzuki said as he explained the urgent need to enact the 2.7 trillion yen ($21 billion) additional budget for the year that started in April.

The budget will be used to finance part of a 6.2 trillion yen relief package compiled in late April, and the government aims to secure its parliamentary passage within this month. 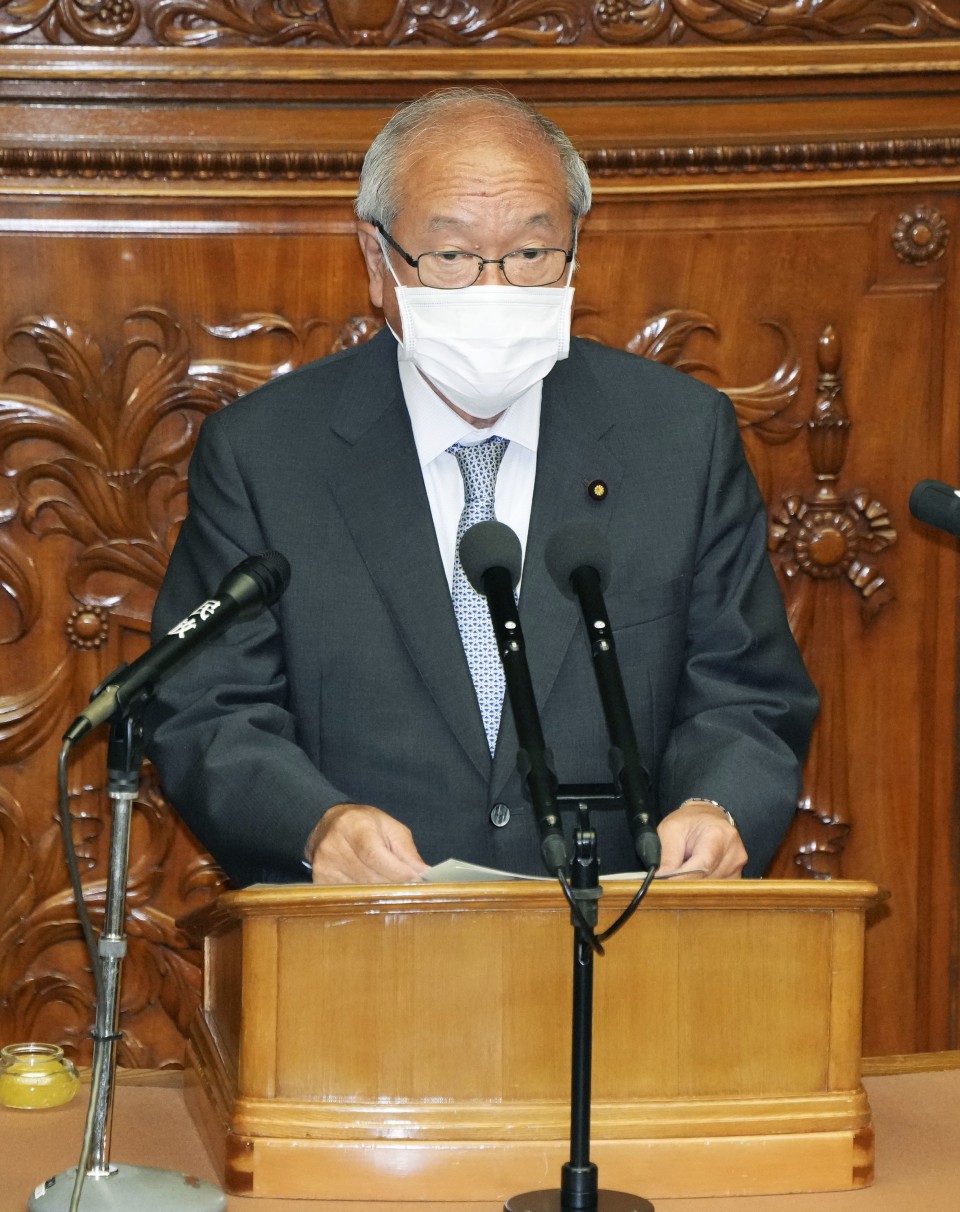 Finance Minsiter Shunichi Suzuki delivers a speech at a House of Representatives plenary session in Tokyo on May 25, 2022. (Kyodo)

Nearly 1.2 trillion yen is earmarked to extend the current subsidy program for oil wholesalers until the end of September to bring down retail gasoline prices.

The government has already decided to use about 1.5 trillion yen from its reserve funds to implement measures in the relief package, such as cash handouts of 50,000 yen per child for low-income households. About the same amount will be replenished with the supplementary budget.

The record 107.60 trillion yen budget for fiscal 2022 includes 5.5 trillion yen in reserve funds to cope with the COVID-19 pandemic and other emergency purposes.

The extra budget will be financed entirely by issuing new bonds, adding to concerns about the nation's fiscal health, already the worst among major developed countries.