The body of a woman who may be one of the missing people from a tourist boat that sank off Hokkaido has been found washed ashore on Kunashiri Island, one of four Russia-controlled, Japan-claimed islands, the Japan Coast Guard said Friday.

The body was found May 6, according to the information provided Tuesday by Russian authorities, the coast guard said. Twelve passengers remain unaccounted for, with none found since April 28, five days after the boat went missing. Fourteen people have been confirmed dead. 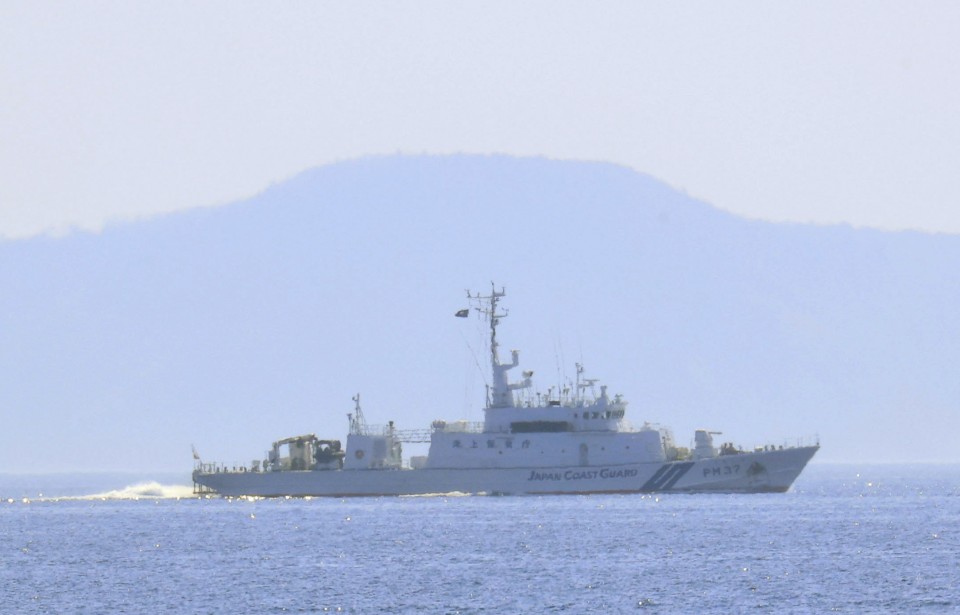 File photo shows the Japan Coast Guard searching for missing people in waters off the port of Rausu on Hokkaido's Shiretoko Peninsula in northern Japan on May 11, 2022. Kunashiri Island is seen in the background.  (Kyodo)

The body, which had no personal belongings that could lead to identification, was taken to a hospital in Furukamappu, known as Yuzhno-Kurilsk in Russia, on the island, according to the coast guard.

"We have made inquiries to the Russian side about further information (on the body) through a diplomatic channel and will seek to confirm facts," Chief Cabinet Secretary Hirokazu Matsuno said at a regular news conference.

Matsuno said it is not clear whether the body, found on the western coast of the island, is associated with the boat incident, but added the coast guard has contacted people who could possibly be the woman's kin.

The Japanese government has also asked Moscow for transfer if a backpack taken from the sea off the island on April 28 with a bank card of a Japanese national, according to Matsuno.

The 19-ton Kazu I was carrying 24 passengers and two crew members when it went missing on April 23 after leaving port in Shari, Hokkaido, for a cruise along the Shiretoko Peninsula, despite a bad-weather warning. The vessel was found on the seabed off Hokkaido on April 29.

Also on Friday, the coast guard said the coastal search area for the Hokkaido police will be expanded following requests from families of those still missing from the tourist boat.

Japan has also been conducting a search around Kunashiri Island. The four disputed islands off Japan's northern main island of Hokkaido are collectively called the Northern Territories by Tokyo and the Southern Kurils by Moscow.