SoftBank Hawks right-hander Nao Higashihama threw a no-hitter Wednesday to lead his side to a 2-0 win over the Seibu Lions in the Pacific League.

The 31-year-old from Okinawa threw six strikeouts and two walks on 97 pitches at Fukuoka's PayPay Dome, improving to 4-1 with his first complete game of the season.

"I didn't think there was any way I could do it, and I still don't believe it," said Higashihama, who pitched the 95th no-hitter in Japanese pro baseball, becoming the 84th player to achieve the milestone. 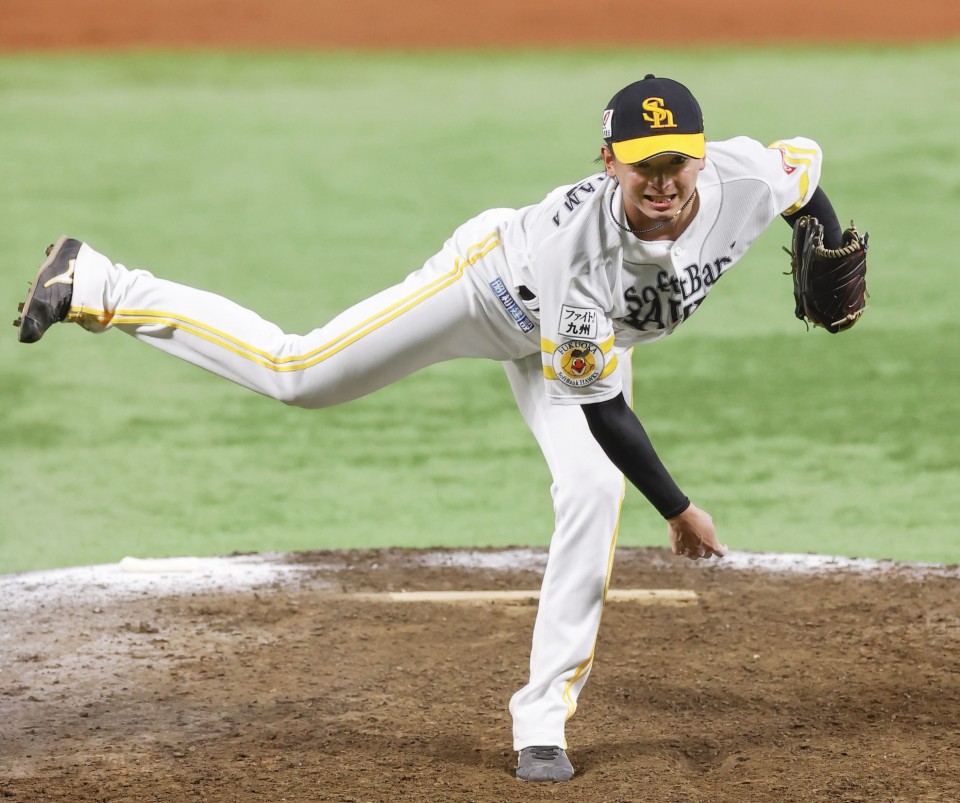 Nao Higashihama of the SoftBank Hawks pitches against the Seibu Lions in their Pacific League game at Fukuoka's PayPay Dome on May 11, 2022. (Kyodo)

The 10-year veteran said he only started thinking the no-hitter was within reach "in the ninth inning."

Kenta Imamiya put the Hawks on the board with a second-inning RBI single off lefty Chihiro Sumida (1-4) before scoring on Yuki Yanagita's double.

Higashihama's only blemishes came in the second, when he walked Takeya Nakamura, and in the fifth, when he threw four straight balls to Nippon Professional Baseball home run leader Hotaka Yamakawa. 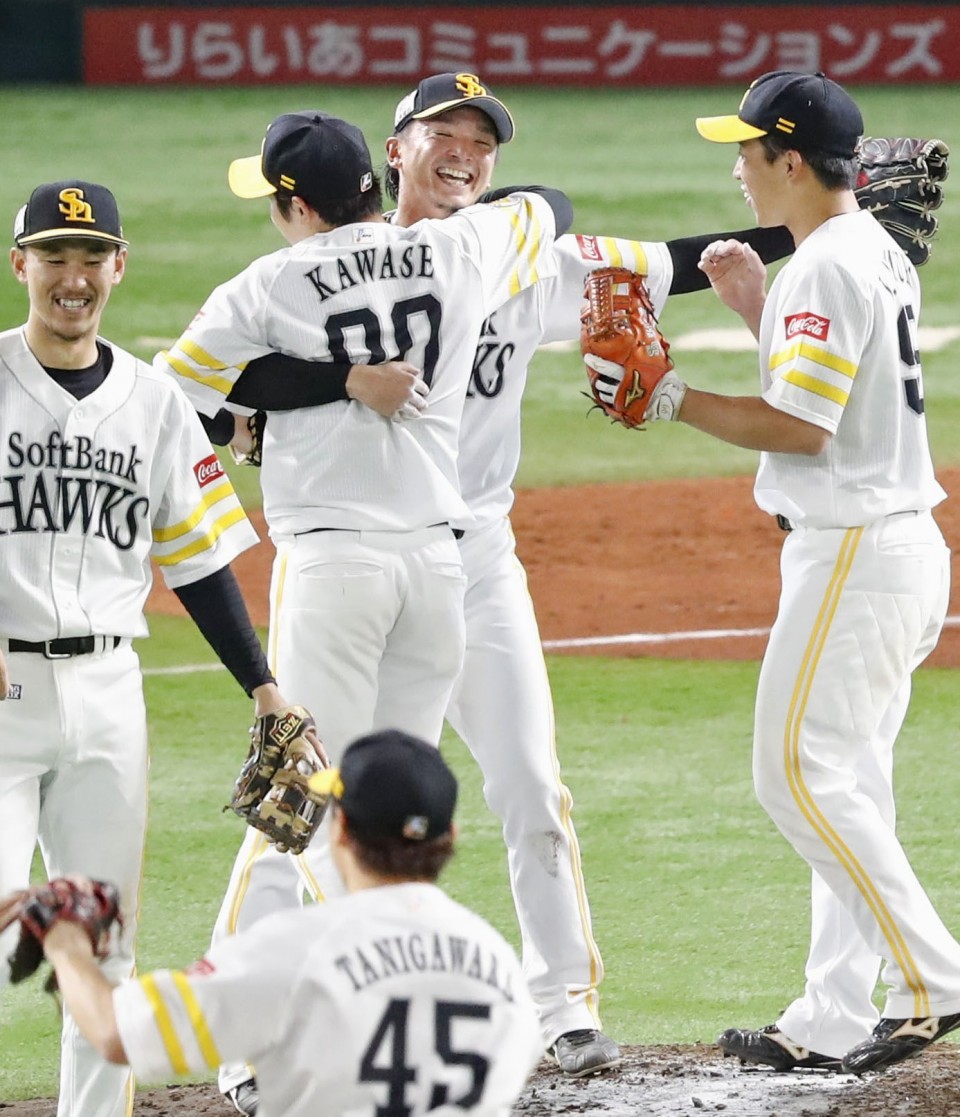 Nao Higashihama (C) of the SoftBank Hawks celebrates with his teammates after pitching a no-hitter against the Seibu Lions in their Pacific League game at Fukuoka's PayPay Dome on May 11, 2022. (Kyodo)

In other PL action, the Lotte Marines beat the first-place Rakuten Eagles 3-1 at Rakuten Seimei Park Miyagi, snapping their win streak at 11 games.

In the Central League, the Chunichi Dragons shut out the Yakult Swallows 2-0 and the Hiroshima Carp came from behind to beat the Hanshin Tigers 3-2.