President Joe Biden said Tuesday that U.S. policy toward Taiwan remains unchanged, following his earlier comments that raised questions about whether Washington was shifting from its long-standing policy of maintaining an ambiguous stance.

Biden said "No" when asked whether the policy of strategic ambiguity toward Taiwan was changed during a photo session at the end of the meeting of Quad summit in Tokyo. 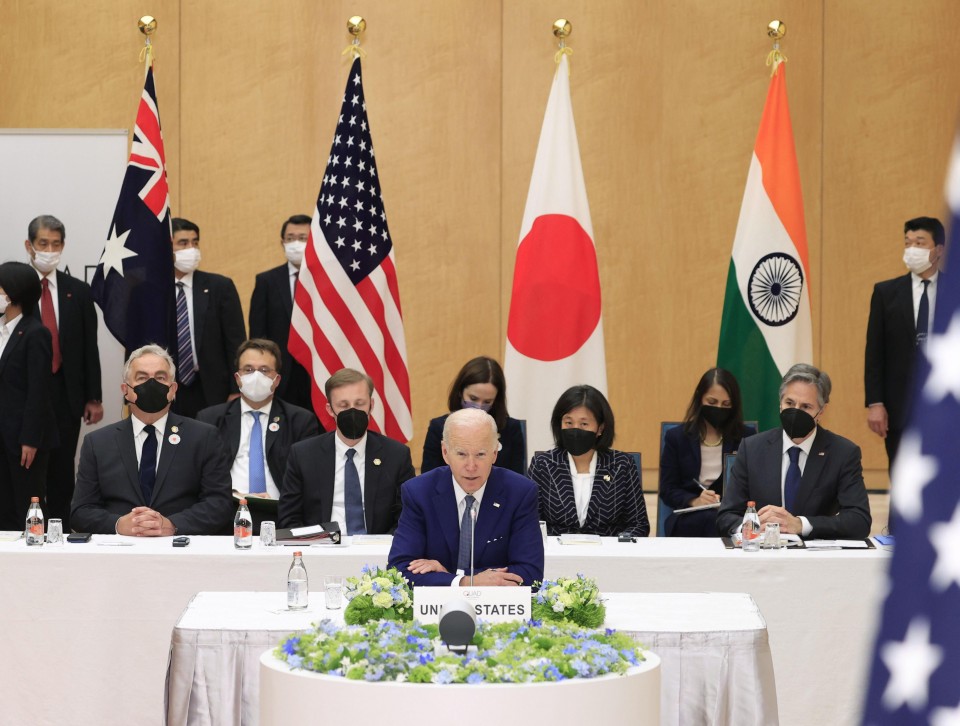 U.S. President Joe Biden (front) speaks during a summit of the "Quad" group of Indo-Pacific democracies -- the United States, Japan, Australia and India -- in Tokyo on May 24, 2022. (Kyodo) ==Kyodo

"The policy has not changed at all. I stated that when I made my statement yesterday," the president said in response to another question about whether U.S. troops would be sent to Taiwan if China invaded.

Biden said Monday that the United States is committed to defending Taiwan if China attempts to seize the self-ruled island by force.

Asked if the United States is willing to get involved militarily in a Taiwan contingency, Biden said at a press conference after meeting with Japanese Prime Minister Fumio Kishida in Tokyo, "Yes. That's the commitment we made."

His comments were met with firm opposition from China, which views Taiwan as a renegade province to be reunified with the mainland, by force if necessary.

Biden also said the U.S. policy has not changed at all with its commitment to supporting peace and stability across the Taiwan Strait.