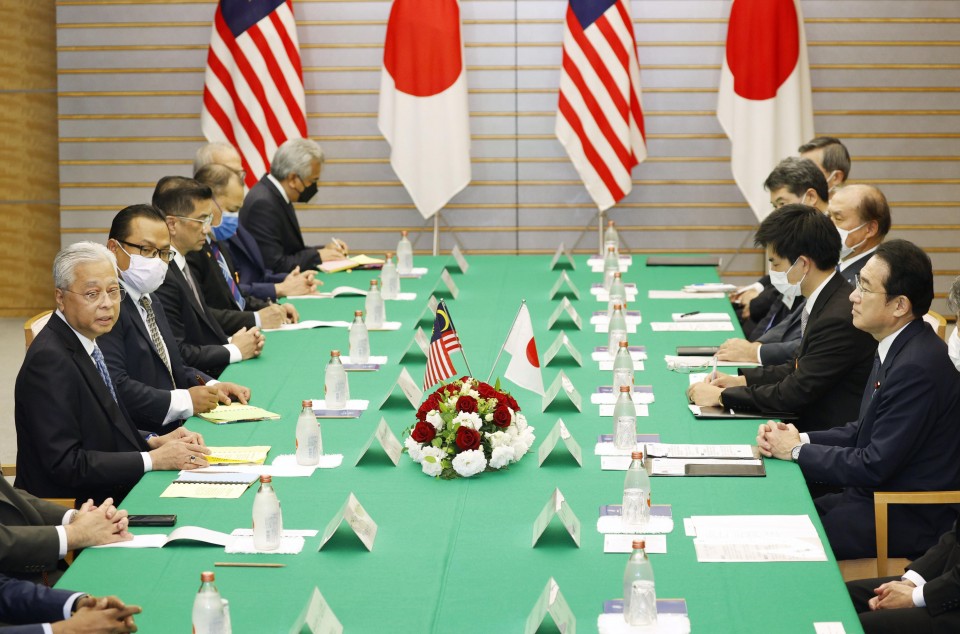 In a joint statement issued Friday, Japanese Foreign Minister Yoshimasa Hayashi, U.S. Secretary of State Antony Blinken and South Korean Foreign Minister Park Jin vowed to "strengthen trilateral cooperation towards the complete denuclearization" of the peninsula and said they remain open to hold dialogue with the North "without preconditions."

TOKYO - Fusako Shigenobu, the founder of the now-disbanded Japanese Red Army militant organization that committed a string of terrorist attacks around the world in the 1970s and 1980s, was released from prison on Saturday after serving a 20-year sentence.

Shigenobu, 76, was incarcerated for masterminding the 1974 seizure of the French Embassy in The Hague, Netherlands, by the leftist revolutionary group that she founded three years earlier in Lebanon.

KYIV, Ukraine - Former Ukrainian President Petro Poroshenko learned during Vladimir Putin's 2014 annexation of Crimea and conflict in his nation's east that the Russian leader is unreliable and interested only in wielding power.

"Putin is a dangerous negotiator. But he understands only strength...Don't trust Putin," he said in a recent interview with Kyodo News conducted as Russia's invasion of Ukraine passed the three-month mark.

TOKYO - Mermec S.p.A., an Italian company specializing in technology for railway safety and maintenance, said Friday it has won contracts with Japanese entities worth more than 20 million euros ($21.5 million) as part of efforts to expand its businesses in Japan and into other markets in Asia.

Mermec, which became the first foreign firm in Japan in 2015 to engage in rail inspection and diagnostics, remains a rare example of a company having cleared the stringent process of selection in cooperation with Japanese partners.

TOKYO - As grocery retailers chase speed and efficiency through technology, a few are bucking the trend by launching "slow lanes" for those who are not capable of blitzing through a self-checkout.

Maiya Takizawa, a regional supermarket chain in the northeastern Japan city of Takizawa, has taken up the cause for senior citizens and those who are not interested in high-paced modern life, with those who have special needs a particular focus.

TOKYO - Although billed as an important material legacy of the Tokyo Olympics, Japan's National Stadium has become a taxpayer burden with its future in limbo.

Originally supposed to be privatized after the Olympics to reduce the cost to taxpayers, that project has fallen far behind schedule, and is showing no sign of getting back on track.

BERLIN - Ministers from the Group of Seven developed nations expressed grave concern Friday about soaring food and energy prices in the wake of Russia's war in Ukraine, an aggression that has been threatening energy security in the world.

The G-7 affirmed cooperation in addressing soaring energy prices without compromising climate policy mechanisms that would spur transition to clean energy from fossil fuel, according to a communique issued after a two-day ministerial meeting on climate, energy and environment issues in Berlin.

WASHINGTON - The United States on Friday imposed fresh sanctions on North Korea over its development of weapons of mass destruction and ballistic missiles, a day after China and Russia vetoed a U.N. Security Council resolution to slap tougher sanctions on Pyongyang.

The Treasury Department said two banks, one trading company and one individual are the targets of the new sanctions for their support of North Korea's weapons development programs.