The leaders of Japan and Finland on Wednesday strongly condemned Russia's aggression in Ukraine and agreed on the need for a resolute, united response to the unfolding crisis that is threatening the rules-based global order.

"We see the security of Europe and the Indo-Pacific region as inseparable and oppose any unilateral attempts to change the status quo by force anywhere in the world," Kishida said during a joint press briefing with Marin at his office. 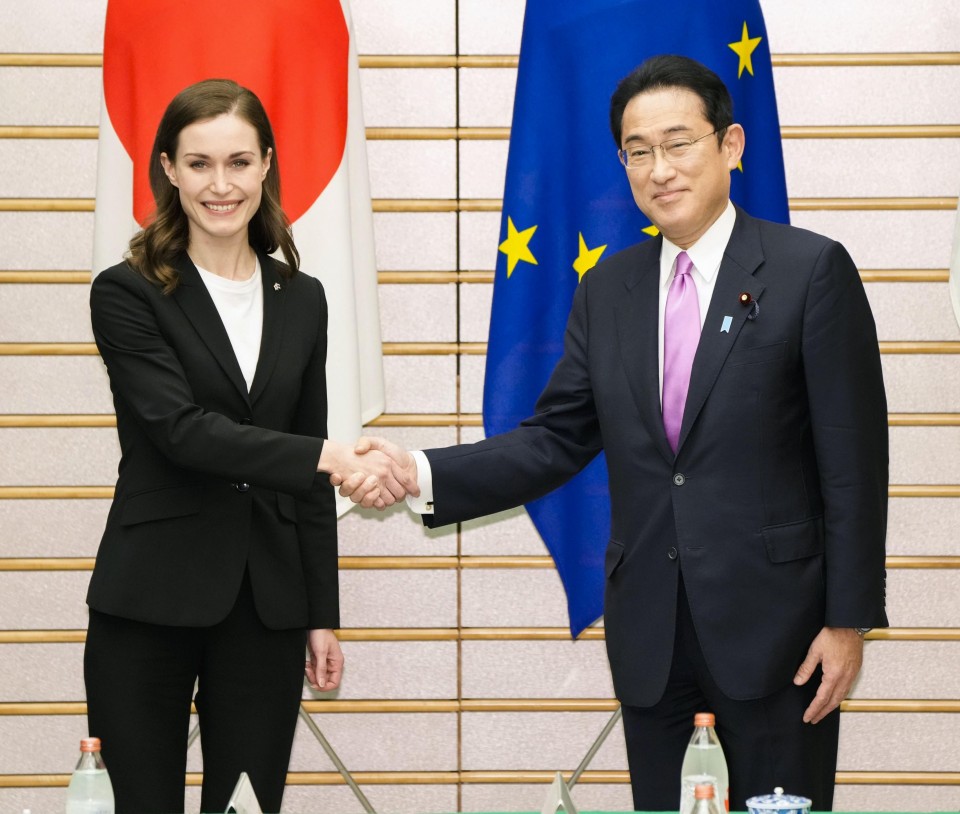 "We will deepen cooperation with Finland in responding to Russia's aggression in Ukraine and realizing a 'free and open' Indo-Pacific," Kishida said.

Since the Russian aggression began in February, Kishida has repeatedly raised concerns about its ramifications beyond Europe. Japan, along with the United States and other like-minded nations, is pushing for a "free and open" Indo-Pacific as an assertive China is expanding its sphere of influence.

The crisis in Ukraine has motivated Finland and its neighbor Sweden, both of which have faced Russian aggression in the past, to consider joining NATO, a collective security framework seen by Russian President Vladimir Putin as a threat to his nation's security because of its eastward expansion.

Ahead of the summit, Marin told an event in Tokyo that her government will make a decision on applying for NATO membership soon. 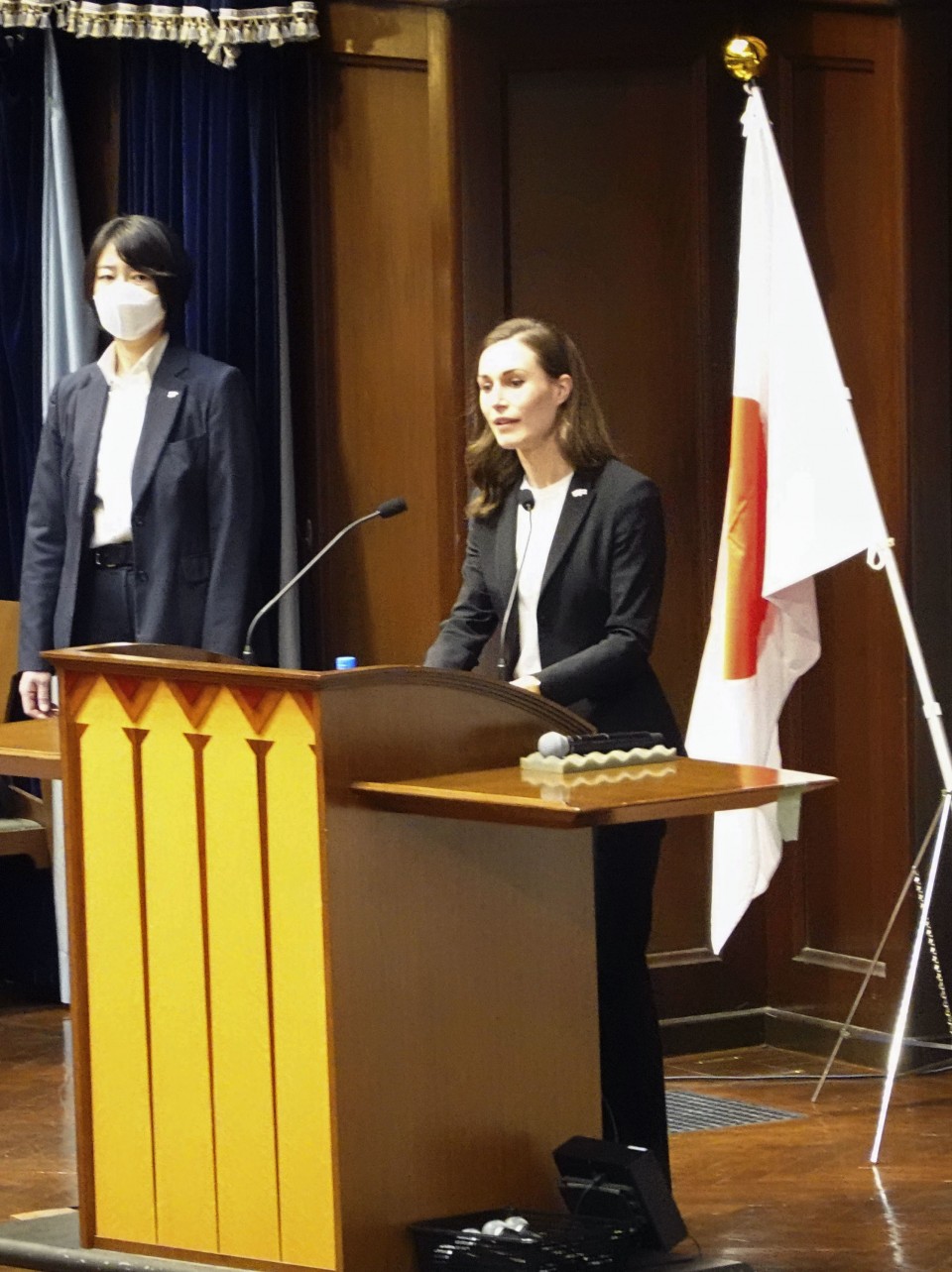 Finland, which shares a border stretching around 1,300 kilometers with Russia, had been engaged in high-level dialogue with it until the Ukraine war began. As a member of the European Union, however, Finland is now a strong advocate of further sanctions against Russia, Marin said.

"Russia violates openly international law, and the Charter of the United Nations. Their atrocities against civilians continue. This cannot be accepted from any nation, and even less from a permanent member of the Security Council," she said.

Marin said she discussed the "general disappointment" toward the U.N. Security Council, given that the power of veto has been abused. "We must reform the council to become transparent, more effective and more representative," she said.

In the summit, the Japanese and Finnish leaders agreed to work toward a world free of nuclear weapons, a key goal for Kishida. Marin said Finland is "very concerned" about North Korea's missile and nuclear development.

Japan and Finland have been deepening ties as strategic partners that share universal values such as democracy and respect for the rule of law. On the economic front, science and technology are key areas of cooperation as Finland is known to be forward-thinking in terms of digitalization.