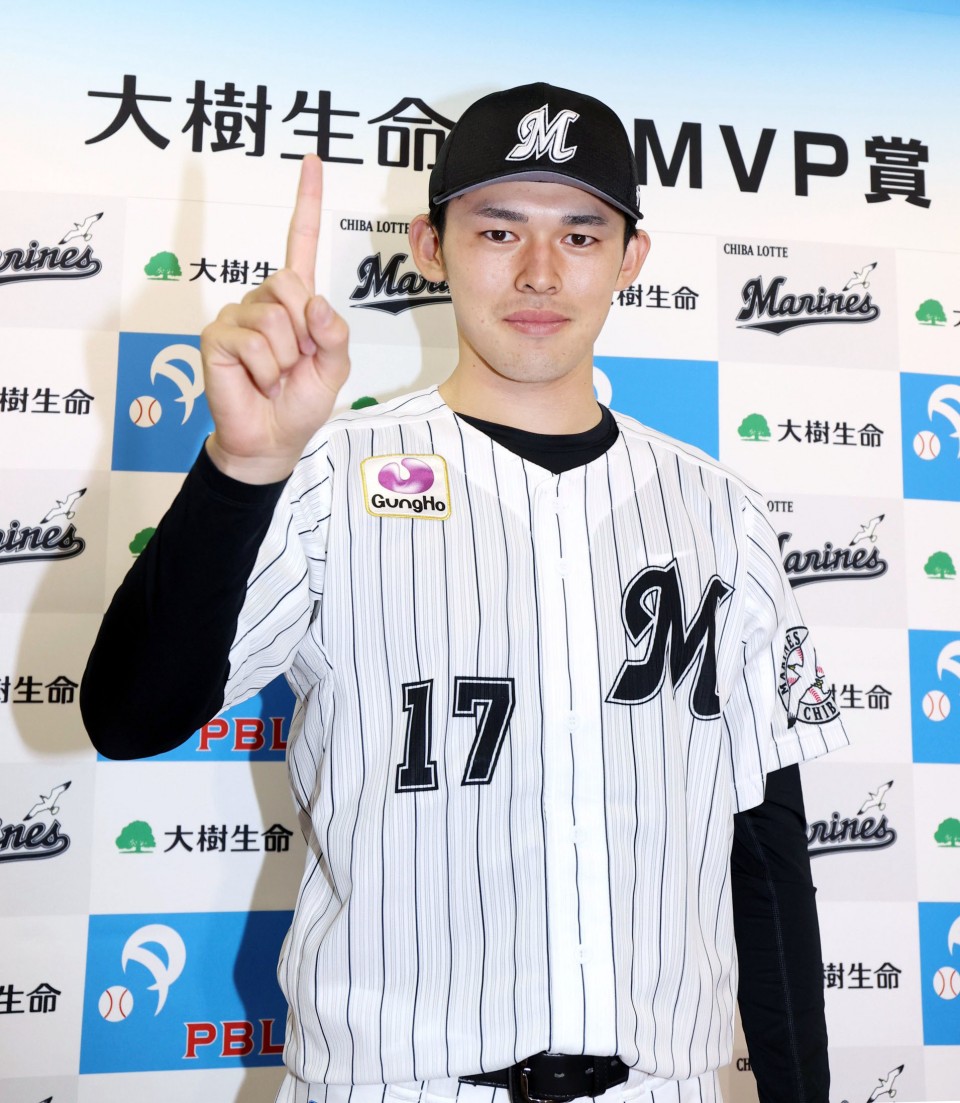 Lotte Marines flamethrower Roki Sasaki won the March and April pitcher of the month award in Japan's Pacific League on Friday after an electric start to the season that included becoming Japanese pro baseball's youngest to throw a perfect game.

The 20-year-old Sasaki, in the Marines' starting rotation for the first time in his third pro season, became the 16th NPB pitcher to achieve the feat, on April 10 against the Orix Buffaloes. That day, he struck out a record 13 straight batters and tied a Japan record with 19 total strikeouts

"I'm really happy. It was positive to get wins after giving all I have," said the right-hander, who was 3-0 in five starts through April with a 1.50 ERA and a Japan-best 60 strikeouts.

"I could show my development compared to last year. I had a perfect game among other things and it was a really good month."

The Iwate Prefecture-native has accomplished these feats despite being limited to around 100 pitches a game. He left his April 17 start against Nippon Ham after retiring all 24 hitters he faced on 102 pitches.