Russia said Wednesday it will ban the entry of Japanese Prime Minister Fumio Kishida and many high-ranking officials for an indefinite period in a fresh round of sanctions against Japan, amid rising tensions between the two countries over the crisis in Ukraine.

Widely seen as a retaliation for the Japanese government's series of punitive measures against Russia since it started attacking Ukraine in late February, the ministry accused Tokyo of launching an "unprecedented anti-Russian campaign with unacceptable rhetoric" and hurting its economy and international prestige. 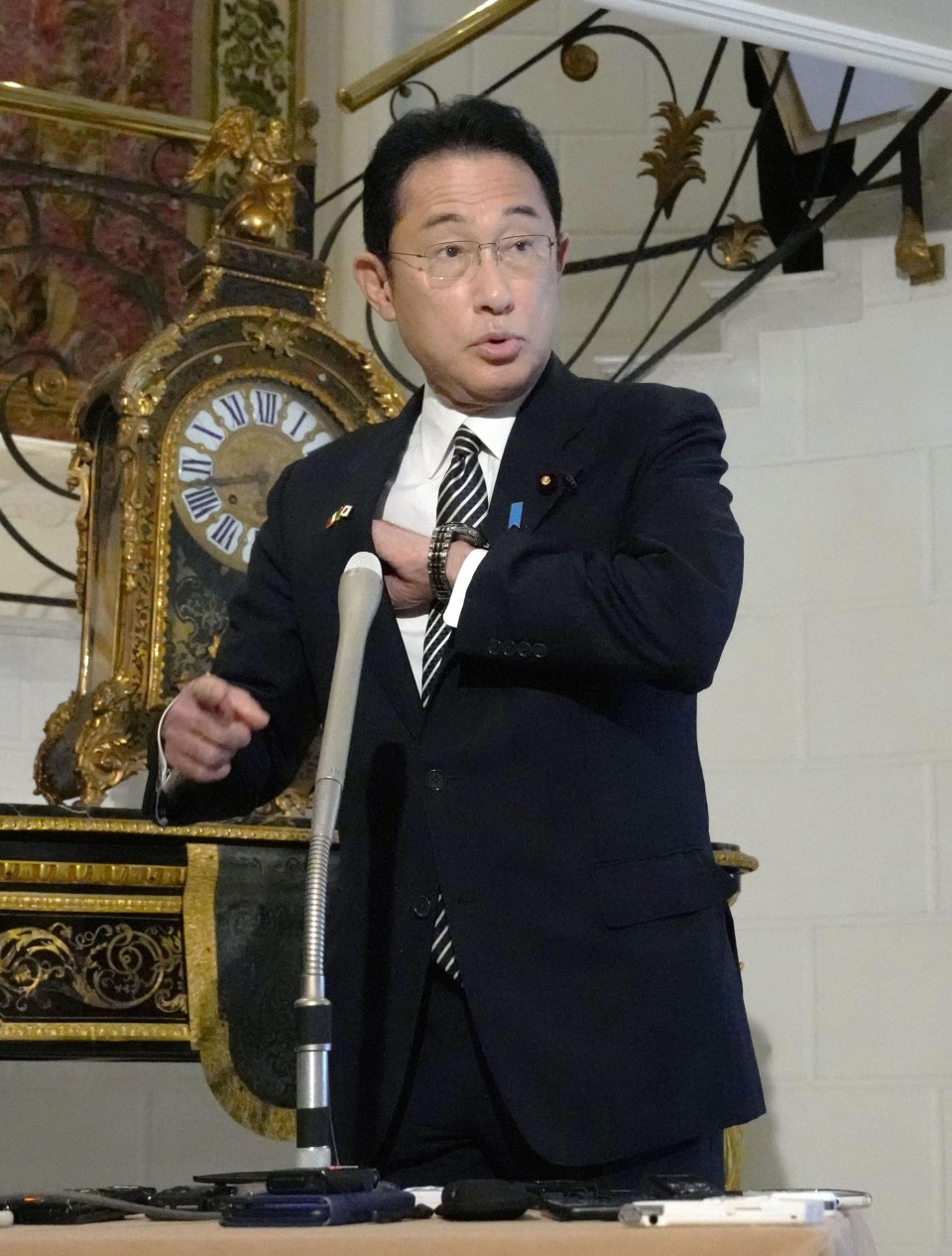 Kishida rebutted Russia's announcement, telling reporters in Rome it is "unacceptable" and that Russia is completely responsible for pushing bilateral ties into the current situation.

Japanese officials believe the ban will have no impact on the government as it has had no plan to send a senior figure to Russia.

Executives of major Japanese media organizations, such as the Yomiuri Shimbun and the Nikkei business daily, and university professors were also included in the list released by the ministry.

With the United States and European countries, Japan has implemented a number of sanctions against Russia for its invasion of Ukraine, including freezing the assets of Russian President Vladimir Putin and other officials.

Relations between Japan and Russia have sunk to their lowest level in decades.

After Japan joined the West's efforts to squeeze Russia's economy, the country's Foreign Ministry said in March it will suspend negotiations for a postwar peace treaty with Tokyo.

The Russian ministry also said it will halt a visa-free program that allowed former Japanese residents to periodically visit the Moscow-controlled, Japan-claimed islands off Hokkaido, while indicating it will withdraw from joint economic activities on the disputed islands.

"As negotiations over the Northern Territories have been suspended, it is not possible for Japan to take a more conciliatory attitude toward Russia," an official at Japan's Foreign Ministry said in reference to the decades-long territorial dispute that has prevented the two countries from concluding a peace treaty.

Japan's parliament last month gave the green light to strip Russia of "most favored nation" trade status, making it lose benefits such as low tariffs. It also expelled eight Russians, including diplomats at the Russian Embassy in Tokyo.