Los Angeles Angels pitcher and designated hitter Shohei Ohtani threw six strong innings and went 1-for-4 with a stolen base in the team's 4-2, 10-inning loss to the Tampa Bay Rays in the finale of a three-game series on Wednesday.

Ohtani, who is approaching another milestone with 99 homers in his Major League Baseball career, limited the damage to one run on two hits, including a solo shot to Kevin Kiermaier in the second inning, with two walks and five strikeouts in a no-decision. 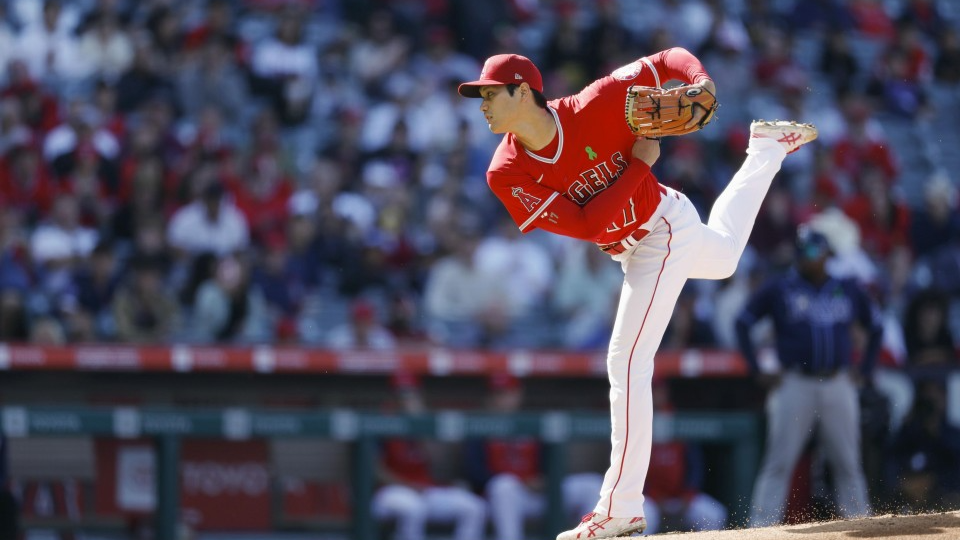 Shohei Ohtani of the Los Angeles Angels throws a pitch during a baseball game against the Tampa Bay Rays on May 11, 2022, at Angel Stadium in Anaheim, California. (Kyodo) ==Kyodo

"Physically, I wasn't feeling fresh. It's bound to happen to anyone on a throwing routine, but I wanted to remain effective even on a bad day," he said.

The 27-year-old's next homer will make him the third Japanese-born player to reach 100 career home runs in the majors, after Hideki Matsui and Ichiro Suzuki.

At Angel Stadium, Austin Romine was catching for Ohtani for the first time, with Kurt Suzuki placed on the injured list for undisclosed reasons. The Angels played 20 games in a 20-day stretch that ended Wednesday.

At Petco Park, Seiya Suzuki was scratched from the Chicago Cubs' lineup due to right ankle soreness. The Cubs beat the San Diego Padres 7-5 and took two of three in the series. 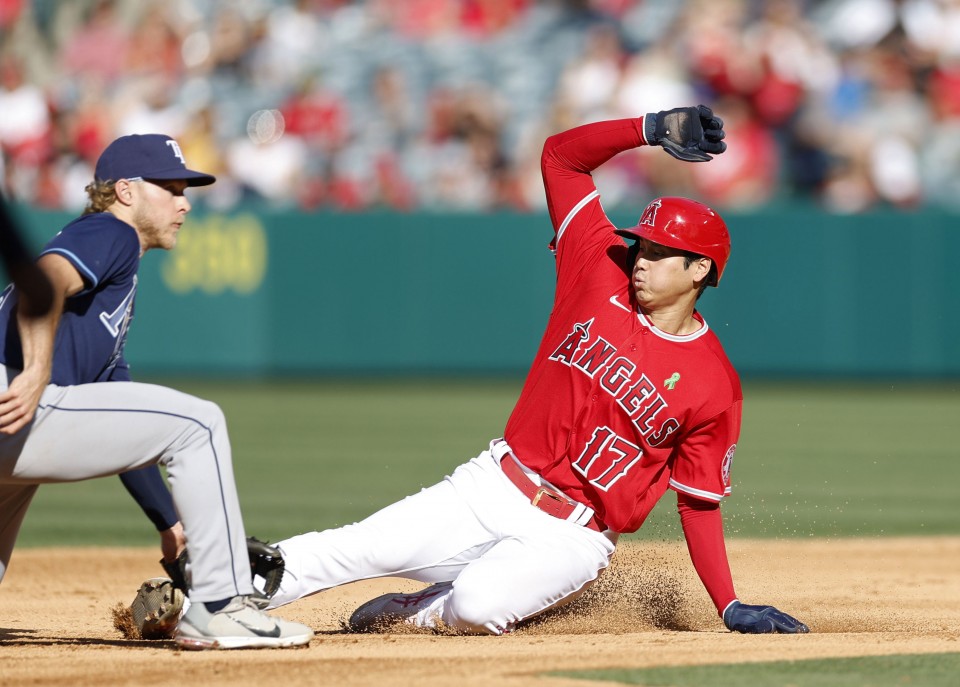 Los Angeles Angels two-way player Shohei Ohtani (R) steals second base in the fourth inning of a baseball game against the Tampa Bay Rays on May 11, 2022, at Angel Stadium in Anaheim, California. (Kyodo) ==Kyodo