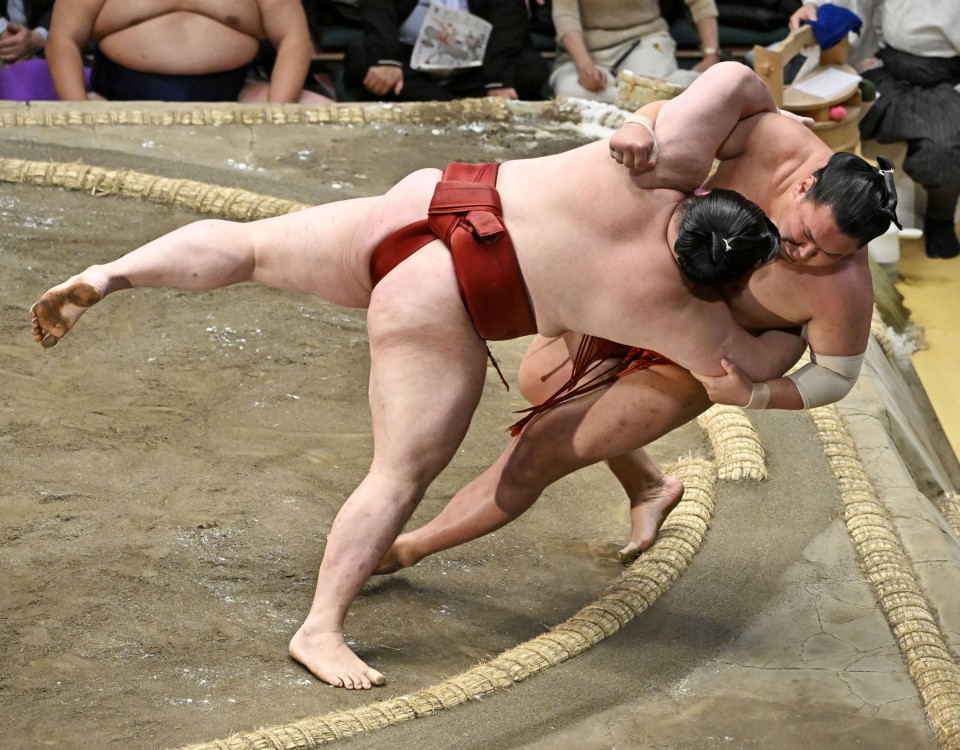 Takanosho (L) defeats Hoshoryu on the 11th day of the Summer Grand Sumo Tournament on May 18, 2022, at Tokyo's Ryogoku Kokugikan. (Kyodo) ==Kyodo

Lone grand champion Terunofuji moved alongside Ichiyamamoto and three other wrestlers on the second rung of the leaderboard after blowing away sekiwake Abi (5-6).

Bidding for a return to the three elite "sanyaku" ranks below yokozuna, former sekiwake Takanosho racked up his eighth straight win of the 15-day tournament against one of sumo's rising stars.

The pair battled back and forth before an unsuccessful leg trip by Hoshoryu (6-5) enabled Takanosho to crush out his off-balance opponent.

Terunofuji was too strong for Abi, repelling his opening charge and pushing the sekiwake straight back and out in a display of raw power.

The Mongolian-born yokozuna remains in strong contention for a seventh Emperor's Cup despite struggling to consistently produce his best sumo since returning from knee and heel injuries that forced his early withdrawal in March.

In one of the day's most entertaining battles, sekiwake Wakatakakage (6-5) outlasted Mitakeumi (5-6) to beat his third ozeki opponent in three days. 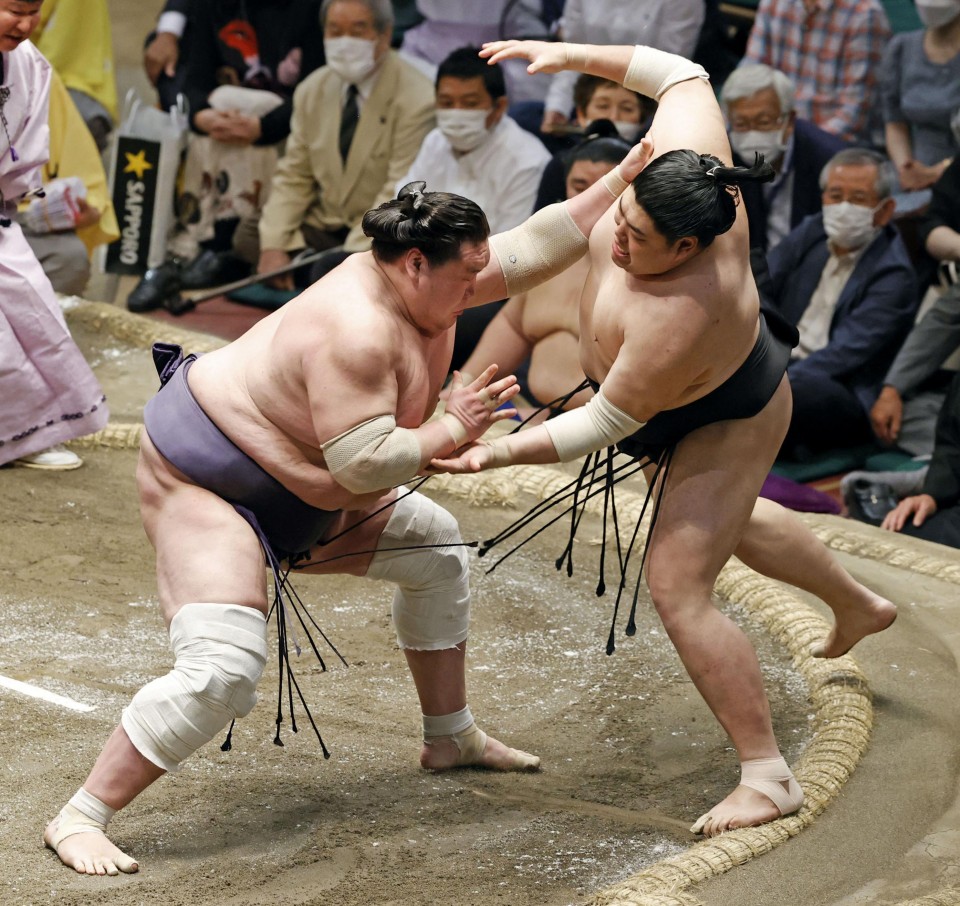 Both wrestlers appeared to have the upper hand in alternating stages of the marathon bout before March tournament winner Wakatakakage made a final surge to win by force out.

"Today I was able to properly attack with a nice forward step," said Wakatakakage, who has bounced back from a lackluster opening week.

Ozeki Takakeisho (6-5) barely broke a sweat against No. 4 Endo (4-7), racking up a quick win over the former komusubi by frontal thrust out.

Ozeki Shodai (4-7) staved off a losing record by thrusting down No. 3 Tamawashi (6-5). The struggling ozeki must win out over the final four days to avoid wrestling as a demotion-threatened "kadoban" ozeki in July's meet.

Mongolian No. 2 Kiribayama (8-3) kept up his pursuit of a maiden championship by forcing out No. 5 Tobizaru (5-6).

"I realize (I have a shot at the title) but I'm not thinking about it too much. I'm just taking it one bout at a time," the former komusubi said.

Komusubi Daieisho (7-4) closed in on a winning record by pushing out powerfully built No. 2 Kotonowaka (6-5). The former sekiwake attacked from a low angle and drove out the 24-year-old thoroughbred before he had a chance to gain a hold.