U.S. National Security Adviser Jake Sullivan and China's top diplomat Yang Jiechi discussed Russia's war against Ukraine and Taiwan issues on Wednesday, with Yang, according to Chinese media, criticizing the United States for not following through on its own policy regarding the self-ruled democratic island.

The phone call followed their March 14 meeting in Rome, the White House said in a press release. China has been closely watched by the administration of President Joe Biden as to whether it will support Russia's war effort despite international condemnation over the invasion. 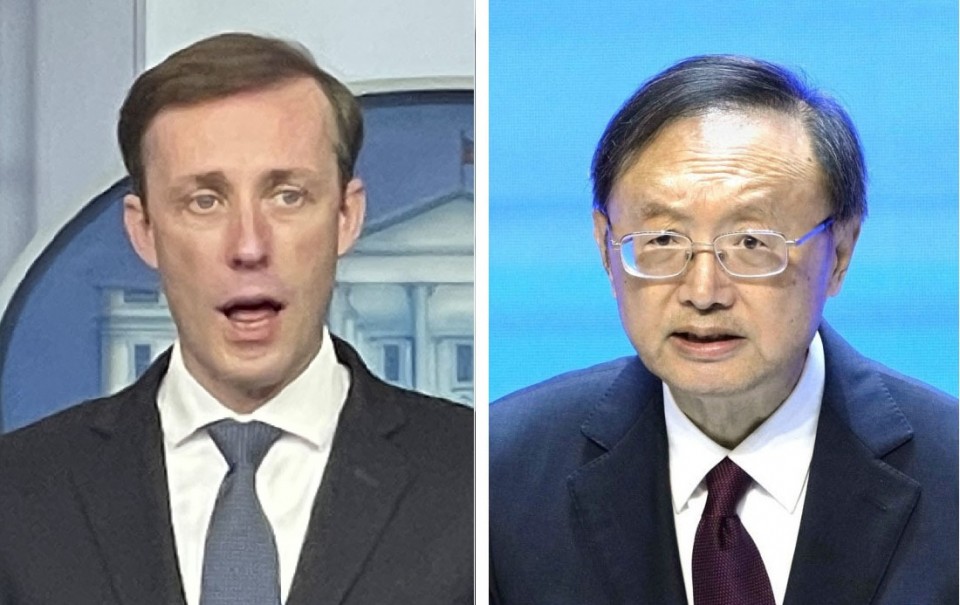 The focus of the talks was on "regional security issues and nonproliferation," the White House said, adding that the two also discussed "specific issues in U.S.-China relations," without elaborating.

According to Chinese state-run Xinhua News Agency, Yang and Sullivan exchanged views on the Korean Peninsula, where concerns are growing among the United States and its allies that North Korea may be readying another intercontinental ballistic missile launch as well as a nuclear test, which would be its first since 2017.

On the Taiwan issue, Yang slammed the United States for making "quite different" statements or actions from its position of not supporting the independence of Taipei, which Beijing views as its own.

"If the U.S. side persists in playing the 'Taiwan card' and goes further down the wrong path, it will surely put the situation in serious jeopardy," Yang was quoted as saying, calling the Taiwan question the "most important, sensitive and core question in China-U.S. relations."

U.S. government officials have played down concerns over any change in its policy on Taiwan, after the State Department's "fact sheet" describing the bilateral relations was recently found to have dropped a reference to the U.S. position on Taiwan independence.

Since switching diplomatic recognition from Taipei to Beijing in 1979, Washington has committed to a one-China policy under which it recognizes Beijing as the "sole legal government of China."

Washington also maintains an ambiguous position regarding the use of military force in response to any Chinese attack on Taiwan, a policy aimed at both deterring China from invading and dissuading Taipei from seeking independence.

Tensions have been growing over Taiwan as China steps up its military and diplomatic pressure on the territory, which it views as a renegade province to be reunified with the mainland, by force if necessary.

While expressing concerns over China's assertive behavior, the United States has continued to forge closer "unofficial" ties with Taipei.

Secretary of State Antony Blinken on Wednesday called for Taiwan to be invited as an observer to the upcoming meeting of the decision-making body of the World Health Organization, a move that is certain to upset China.

"There is no reasonable justification to exclude its participation, which will benefit the world," Blinken said, adding that "Taiwan's isolation from the preeminent global health forum is unwarranted and undermines inclusive global public health cooperation."

The Republic of China, the official name of Taiwan, was a founding member of the World Health Assembly, but it was replaced in 1971 by the People's Republic of China -- mainland China -- which took its seat in the United Nations and all subordinate organizations.

Even though the island held observer status at the World Health Assembly from 2009 to 2016 as "Chinese Taipei," it has been excluded since 2017 following the election of President Tsai Ing-wen, considered a separatist by mainland China.

Taiwan and mainland China have been separately governed since they split as a result of a civil war in 1949.