Kishida also separately met with Italian Prime Minister Mario Draghi, during which they agreed to keep strong sanctions on Russia and boost support for Ukraine.

The visit to the Vatican by the leader of the only country to suffer the devastation of atomic bombings came as Russian President Vladimir Putin has raised fears he may use nuclear weapons as the war drags on. 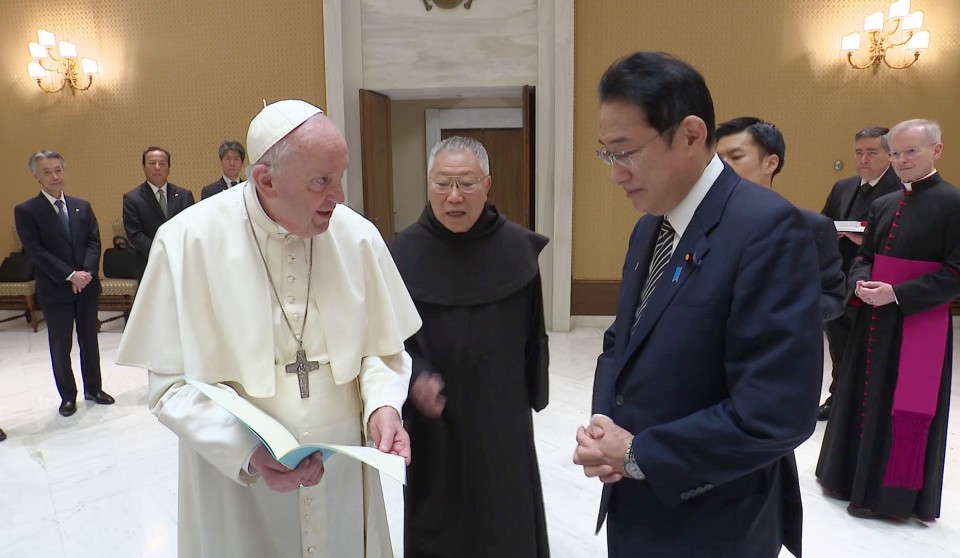 Japanese Prime Minister Fumio Kishida (R) meets with Pope Francis on May 4, 2022, at the Vatican. (Courtesy of Vatican Media)(Kyodo)

Kishida and Francis condemned the killing of civilians in Ukraine and agreed to step up efforts to bring back peace in the war-torn country, according to the Japanese Foreign Ministry.

Francis was quoted by the Vatican as telling Kishida the use and possession of nuclear weapons is "inconceivable." The meeting was the first since 2014 between a Japanese prime minister and the pope at the Vatican.

Francis has continued to be vocal about eliminating nuclear weapons, including through his 2019 addresses in Hiroshima and Nagasaki, the two Japanese cities over which the United States detonated atomic bombs in World War II.

Following his first meeting with Draghi in Rome, Kishida said, "Japan and Italy will implement unprecedented, tough sanctions on Russia and strengthen our support for Ukraine." 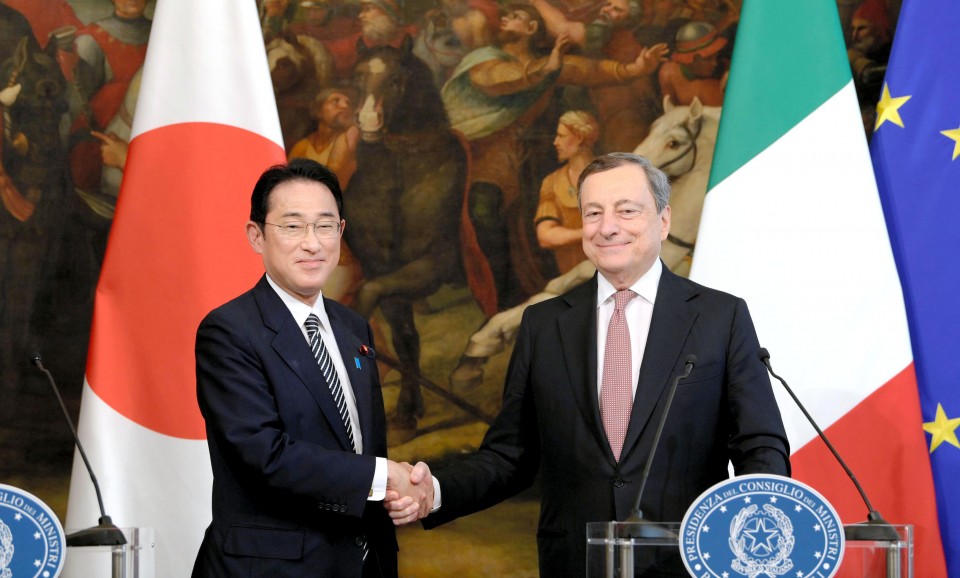 "The international community is at a key juncture," Kishida said. "We are facing a critical moment in ending Russia's invasion and protecting peace and order."

In addition to sharing concern over another North Korea ballistic missile test on Wednesday, Kishida said he and Draghi also agreed to strengthen cooperation toward a "free and open Indo-Pacific" region, amid China's maritime assertiveness.

Since Friday, Kishida has been on an eight-day tour of five countries in Southeast Asia and Europe. He is scheduled to hold talks with British Prime Minister Boris Johnson on Thursday.

During his meeting with Johnson, Kishida is also likely to discuss their response to the war, including humanitarian aid for Ukraine and punitive measures against Russia.

Kishida's trip, which has also taken him to Indonesia, Vietnam and Thailand, comes in advance of the summit of the Group of Seven major developed countries to be held in Germany in June. 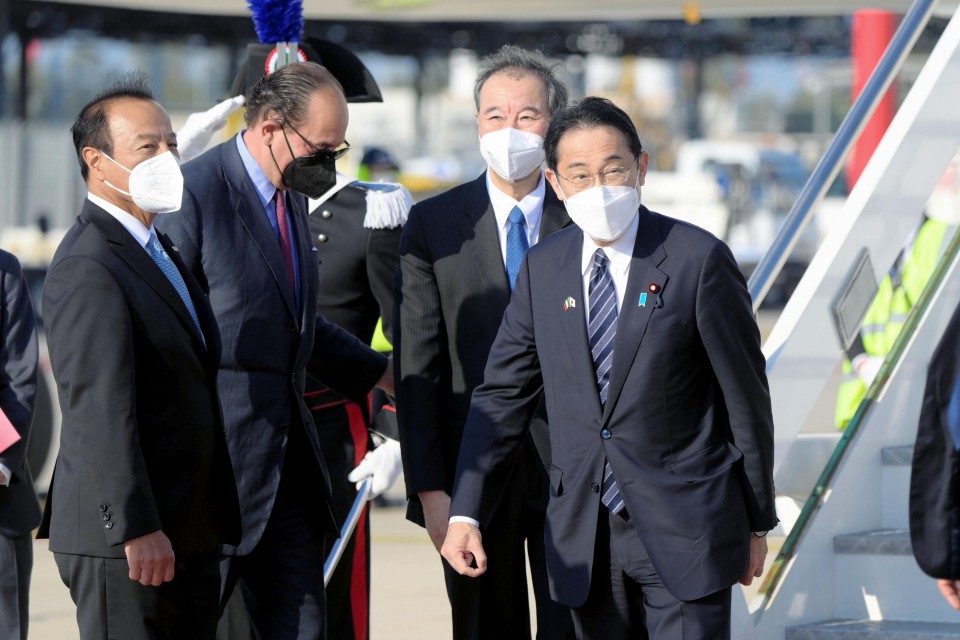 Japanese Prime Minister Fumio Kishida (R) arrives in Rome on May 3, 2022, on the fourth stop of his trip to Southeast Asia and Europe. (Pool photo) (Kyodo) ==Kyodo