Japanese Foreign Minister Yoshimasa Hayashi on Thursday agreed with his counterparts from Britain, Canada and France on the importance of the Group of Seven countries standing in unity to address Russia's invasion of Ukraine.

Meeting separately with the ministers in Weissenhaus, northern Germany, Hayashi also affirmed their close cooperation toward a "free and open Indo-Pacific," according to the Japanese Foreign Ministry, in an apparent reference to efforts to counter China's growing economic and military clout in the region. 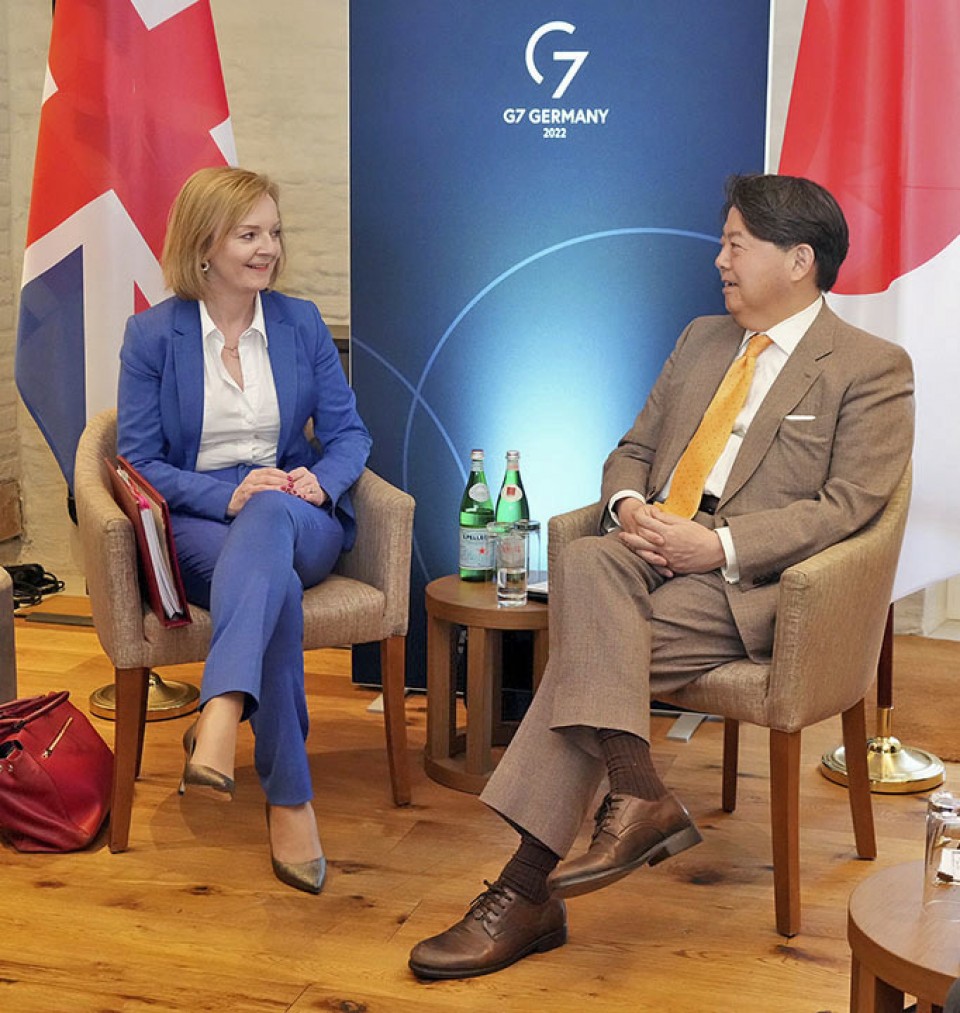 The G-7 nations have been building an international coalition against Moscow that launched military attacks against Ukraine on Feb. 24, tightening economic sanctions and pledging to reduce their reliance on Russian oil and gas exports.

Hayashi and French Foreign Minister Jean-Yves Le Drian agreed that the security of Europe and the Indo-Pacific region are inseparable and that any unilateral attempt to change the status quo by force is unacceptable anywhere in the world, the Japanese ministry said in a press release.

Hayashi and his Canadian counterpart Melanie Joly agreed to continue working together in sanctioning Russia and extending support to Ukraine, as well as in responding to issues related to China.

He and British Foreign Secretary Elizabeth Truss reaffirmed that the two nations aim to deepen their cooperation in various fields including defense and economic security.

The talks were held on the fringes of a three-day foreign ministerial gathering through Saturday of the G-7 countries, also including Germany, Italy and the United States, plus the European Union.