SoftBank Group Corp. said Thursday it posted a record net loss of 1.71 trillion yen ($13 billion) in the business year ended in March on investment losses after logging the highest profit for a Japanese company the previous year.

The net loss is believed to be the second largest posted by a Japanese firm, after Mizuho Financial Group Inc. logged a 2.38 trillion yen loss in March 2003.

The result was a nosedive from the record net profit of 4.99 trillion yen in fiscal 2020, as the values of global tech firms the company invested in dropped on their poor business performances amid the coronavirus pandemic. 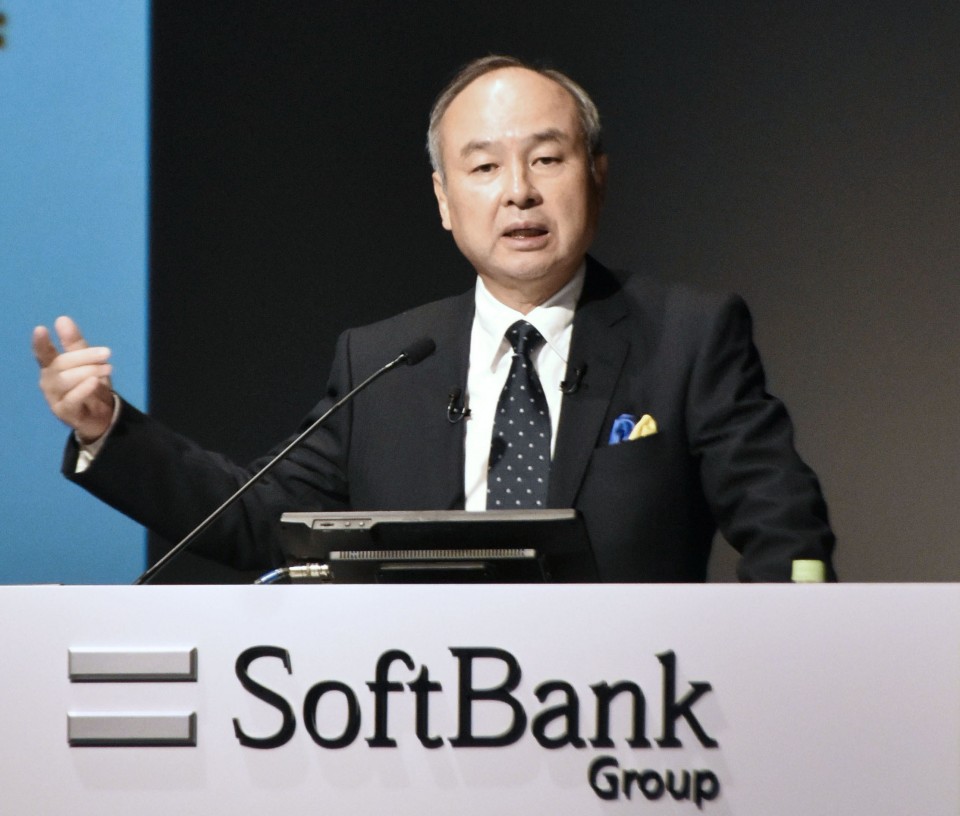 SoftBank Group Corp. Chairman and CEO Masayoshi Son speaks at a press conference in Tokyo on May 12, 2022. (Kyodo)

Masayoshi Son, chairman and CEO of the conglomerate, vowed at a press conference to raise the company's "guard" to weather the "chaotic times" for the world economy by raising standards for new investments and maintaining liquidity on hand, among other efforts.

The conglomerate has aggressively invested in firms engaging in the artificial intelligence business.

Son said the sluggish performance by IT giant Alibaba Group Holding Ltd. has contributed to losses in China, one of the key markets, while revenues elsewhere including in the United States also decreased.

The company explained that volatility in world markets, derived from surging energy prices following Russia's 11-week-old invasion of Ukraine and disruptions of the supply chain amid the coronavirus pandemic, have impacted the value of its stocks, as well as the net asset value.

Some group companies and investment recipients have business deals with Russian firms, but such transactions have had a limited impact on its earnings, SoftBank Group said.

The Japanese investment giant stressed that SoftBank Group and the Vision Fund 1 and 2 had no direct investments in Russian and Ukrainian firms as of the end of March.

Regarding British chip designer Arm Ltd., Son reiterated the company is preparing for the listing of the company. SoftBank Group acquired Arm in 2016 due to the potential in pursuing the internet of things in an increasingly connected world.

In February, SoftBank said it has agreed to terminate a deal to sell its stake in Arm to U.S. semiconductor maker Nvidia Corp. due to regulatory hurdles.

The company also reported its sales totaled 6.22 trillion yen in fiscal 2021, up 10.5 percent from a year earlier.

Its mobile unit SoftBank Corp. posted a record net profit of 517.5 billion yen on the back of brisk business of online shopping, advertisement and messaging app services.

SoftBank Group did not provide its earnings forecast for fiscal 2022 through March next year.