Half the respondents in a Kyodo News survey released Monday believe Japan needs to amend the war-renouncing Article 9 of the Constitution to clarify the legal status of the Self-Defense Forces, with the level of support almost unchanged from a year ago despite growing concerns over regional security.

Against a backdrop of increasing calls for an amendment among lawmakers of the ruling Liberal Democratic Party and some other parties following the Russian invasion of Ukraine, 50 percent said it is necessary to revise Article 9 while 48 percent said it was not. 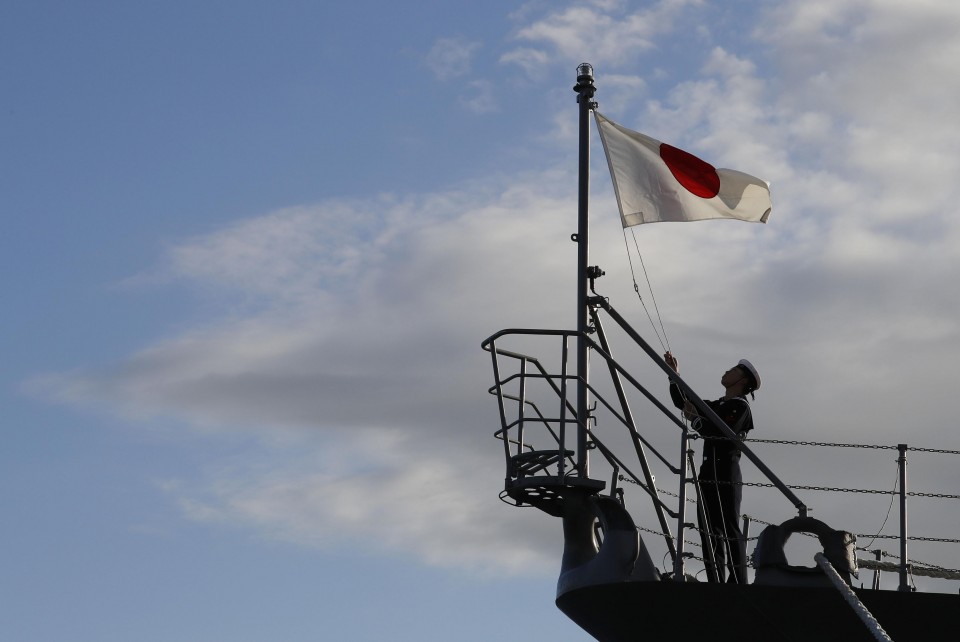 The figures compared with 51 percent in favor of an amendment and 45 percent against in a similar poll conducted last year.

The survey was conducted between March 1 and April 11 via mail ahead of Constitution Memorial Day on Tuesday, targeting 3,000 people aged 18 or over, of whom 65.3 percent gave valid answers.

Support among lawmakers for revising the article has gained momentum amid concerns over China pressuring Taiwan, a self-ruled democratic island that Beijing views as its own, and renewed threats posed by North Korea's recent missile launches. Some security and political experts fear Russia's invasion of Ukraine could embolden China to attack Taiwan.

But the latest poll shows that Moscow's aggression in Ukraine has not contributed to increasing the momentum in favor of revision among the public. 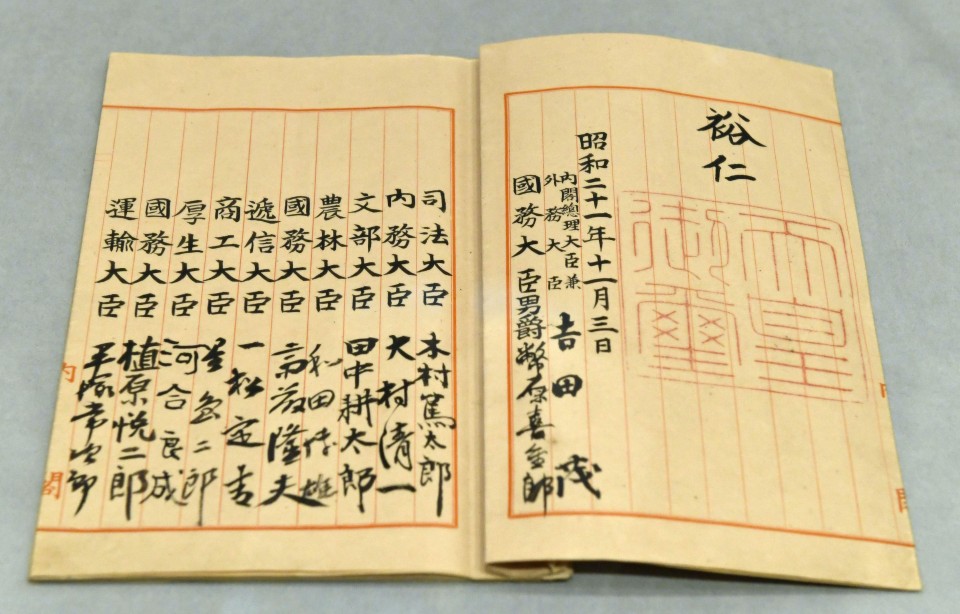 File photo taken on April 7, 2017, shows the original Constitution document at the National Archives of Japan in Tokyo. (Kyodo)

Article 9 of the Constitution renounces war and bans the possession of military forces and other "war potential." Former Prime Minister Shinzo Abe said during his tenure that it is vital to clarify the SDF's legal status to put an end to arguments that Japanese forces are "unconstitutional."

The government has said the article does not prohibit the country from maintaining its ability to defend itself and thus allows Japan to possess defense forces.

The postwar Constitution, drafted under the U.S.-led Allied occupation of Japan after World War II, has never been revised since it took effect in 1947.

Any proposed revision needs to be approved by a two-thirds majority in both the upper and lower houses before the proposal can be put to a national referendum.

In the survey, 76 percent said that Japan has not waged war since the end of World War II because of Article 9, up 9 percentage points from the poll last year.

On Sunday, Prime Minister Fumio Kishida repeated on a TV program that amending the supreme law, including Article 9, based on the LDP's proposal is a task that Japan faces in order to deal with the changing security situation.

However, the survey found that only 29 percent feel that momentum toward revising the article is increasing or somewhat increasing, while 70 percent do not.

Some 76 percent support the amendment of the Constitution to introduce an emergency clause to better respond to the coronavirus pandemic and other disasters while 23 percent oppose such a revision.