Japan will further ease in June border controls implemented in response to the COVID-19 pandemic and bring them on par with other Group of Seven nations, Prime Minister Fumio Kishida said Thursday.

The infection situation has been stabilizing in Japan and the government will consult with public health experts before reviewing the country's COVID-19 measures "in stages," Kishida said at a press conference in London, without giving further details. 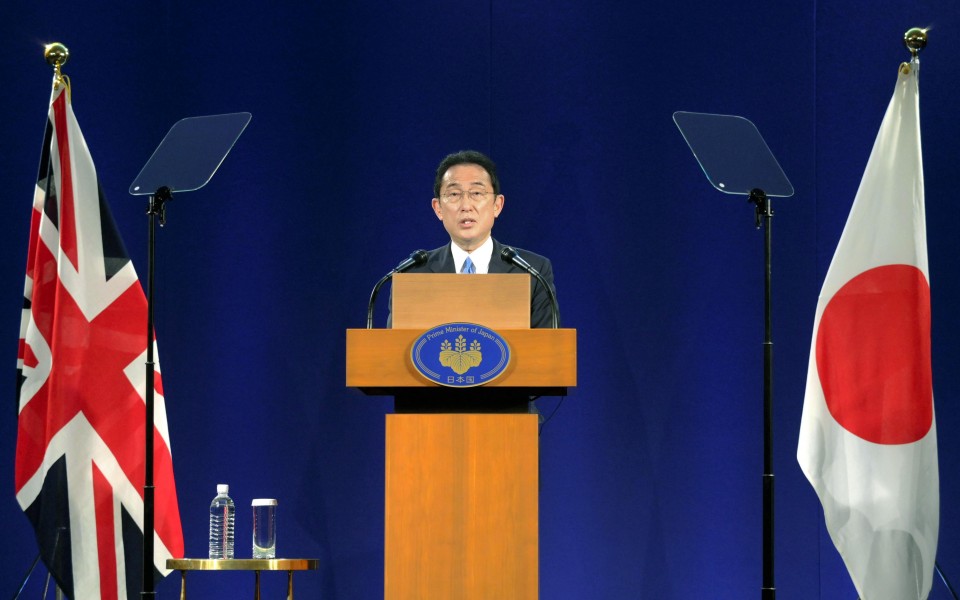 Japan initially enforced an effective ban on the entry of nonresident foreign nationals late last year, drawing criticism at home and abroad that the measures were too strict.

The government has gradually been easing the rules, currently allowing up to 10,000 people a day to enter Japan. Visitors are limited to businesspeople, technical interns and students, while foreign tourists are still not allowed in.

Calls have been growing in the business circle for easing the travel restrictions. Members of a Japanese government panel recently said the country's travel controls should be normalized "as soon as possible."

Prior to the coronavirus pandemic, Japan had been keen to boost tourism as a driver of economic growth, with a goal in 2020 to attract 40 million foreign visitors.

Japan's strict border controls as well as similar measures by other countries amid the global health crisis, however, made the target unachievable.

In parallel with the nation's border controls, many Japanese people continue to wear masks even when outdoors, although it is not mandatory and a substantial portion of the population has received vaccines. In contrast, many people in the United States and Europe now walk outside mask-free, with some indoor settings including schools also not requiring masks. 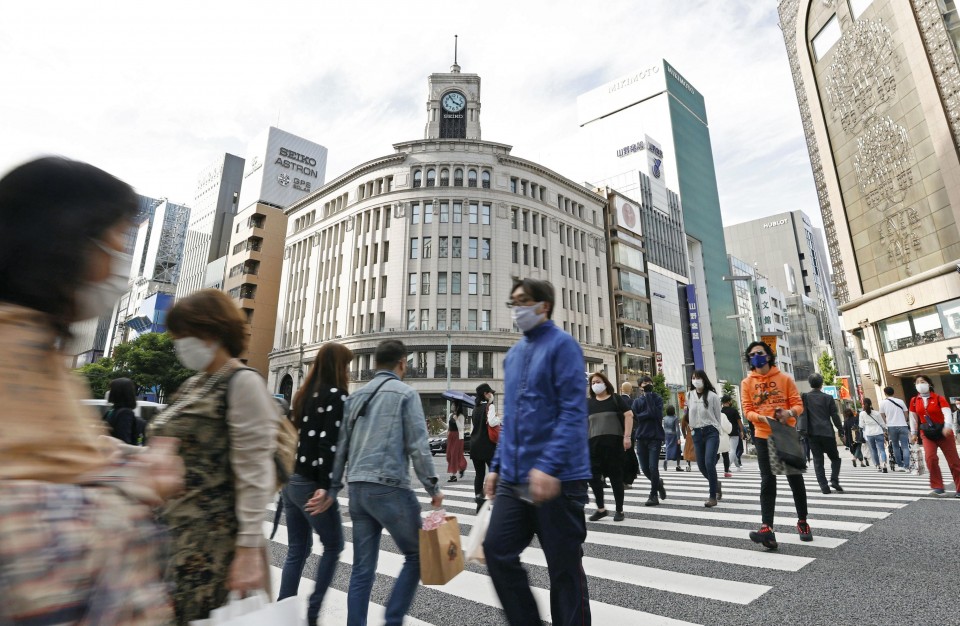 People wearing face masks walk in Tokyo's Ginza area amid the coronavirus pandemic on May 6, 2021, the first weekday after the end of the Golden Week holiday period. (Kyodo) ==Kyodo

Kishida was in Britain on the final leg of his eight-day tour that also took him to Indonesia, Vietnam, Thailand and Italy.

Prior to his meeting with British Prime Minister Boris Johnson, Kishida called for investment in Japan as he aims to rejuvenate the Japanese economy.

"Invest in Kishida," the Japanese leader told an audience at the City of London, or London's primary financial district.

To achieve his goal of creating a new form of capitalism, Japan's revival as an international financial center is needed, Kishida said, pledging to boost investment in human resources, innovation, startups along with green and digital technology.

"I will promote bold monetary policy, flexible fiscal policy and growth strategies that would trigger private-sector investment," he said.

The yen's sharp depreciation has become a headache for resource-poor Japan.

Before the pandemic, Japan reaped the benefits of sharp gains in foreign tourists but with the strict border control steps in place, such tourists have been unable to enter the country to take advantage of the weak yen.