Japanese Prime Minister Fumio Kishida and his Indian counterpart, Narendra Modi, reaffirmed Tuesday their commitment to building a free and open Indo-Pacific by beefing up defense ties to keep an increasingly assertive China in check.

The two leaders also pledged to deepen bilateral relations in economic, cultural and other realms, the Japanese government said, with this year marking the 70th anniversary of the establishment of diplomatic relations between Japan and India. 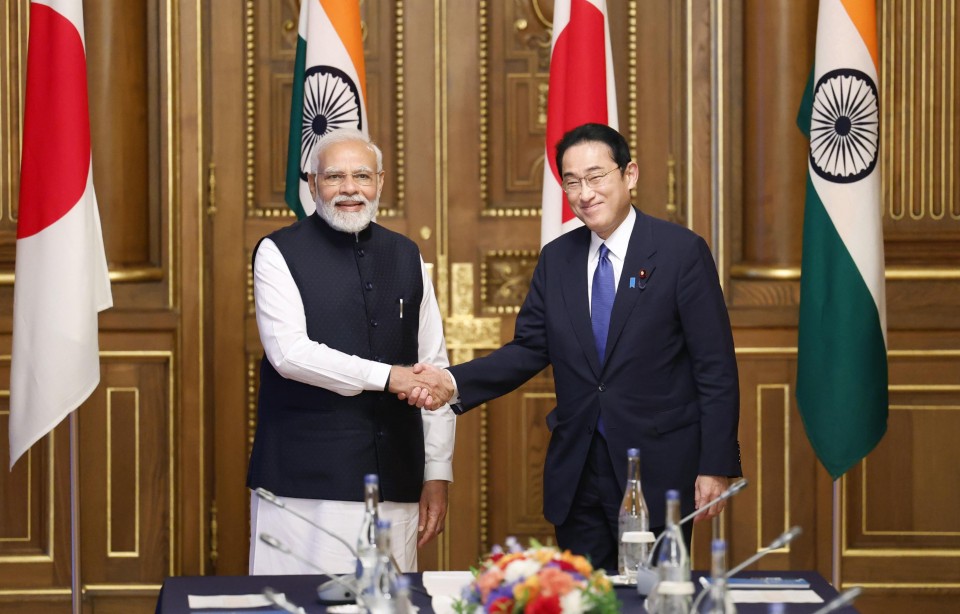 During the talks, which lasted around 70 minutes, Kishida and Modi agreed to work towards conducting, as early as possible, the first joint air drill between the Japanese Air Self-Defense Force and the Indian Air Force after the training had been postponed due to the coronavirus pandemic.

The two leaders also affirmed a plan to hold the next so-called two-plus-two meeting involving their foreign and defense ministers in the near future.

On the economic front, they agreed to work towards implementing a plan unveiled by Kishida in New Delhi in March to invest 5 trillion yen ($39 billion) in India over five years to improve supply chains and make conducting business easier.

Japan has been supporting urban infrastructure development in India, including a project to introduce Japanese high-speed trains to the South Asian country.

In addition to noting the project's progress, the two leaders also agreed to further promote collaboration in areas such as next-generation technology and clean energy.

Tokyo and New Delhi are among the initial members of the Indo-Pacific economic framework that U.S. President Joe Biden launched Monday to balance Beijing's rising economic clout in the region.

Kishida and Modi met on the sidelines of a "Quad" summit in the Japanese capital that also brought together Biden and Australian Prime Minister Anthony Albanese. 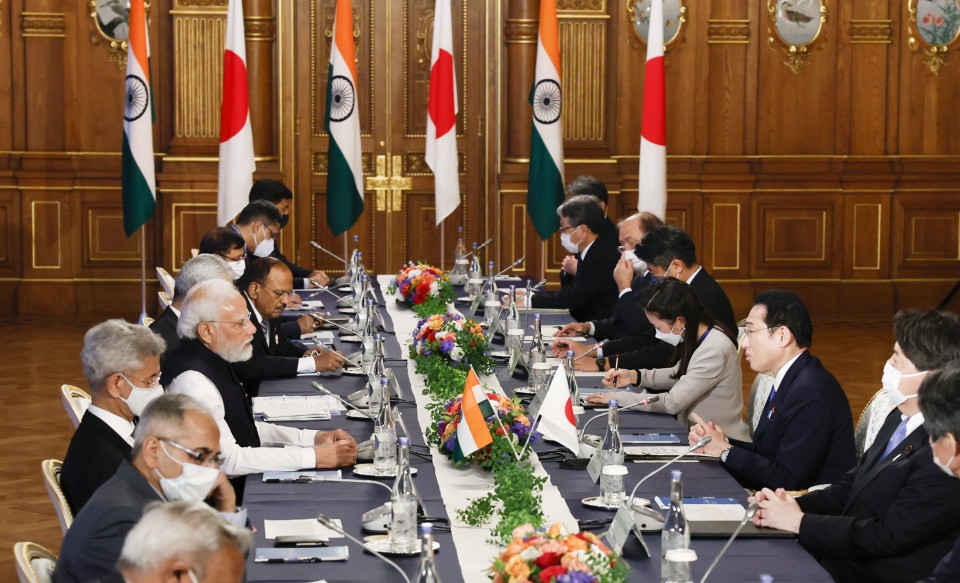