At least 19 children and two teachers died in a shooting rampage at an elementary school in the southern state of Texas on Tuesday, U.S. media reported, citing local authorities.

Addressing the nation, President Joe Biden said he was "sick and tired" of the "carnage" of gun violence gripping the nation, and called for stronger gun control.

The gunman, identified as an 18-year-old high school student, was killed by officers responding to the scene, which took place in Uvalde, about 120 kilometers west of San Antonio and close to the Mexican border. 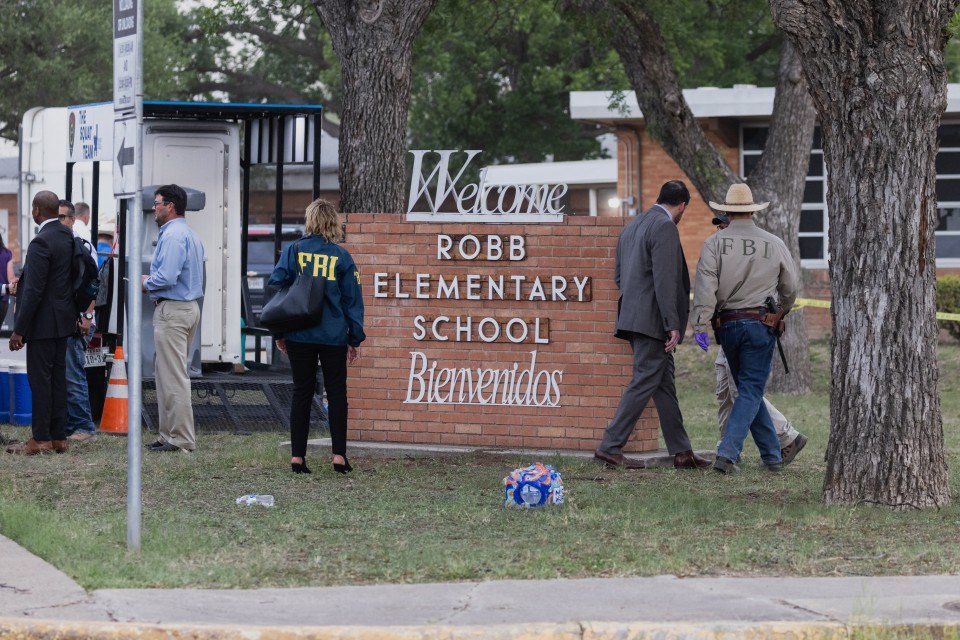 Law enforcement work the scene after a mass shooting at Robb Elementary School on May 24, 2022, in Uvalde, Texas. (Getty/Kyodo)

Gov. Greg Abbott said Salvador Ramos is also believed to have shot his grandmother prior to going to Robb Elementary School, which is attended by second- through fourth-grade students, and carrying out the mass shooting at around 11:30 a.m., according to media.

The shooter reportedly acted alone, possibly using a handgun and a rifle. Two responding officers who were struck amid the gunfire apparently escaped without serious injuries.

Speaking from the White House, Biden, who had just wrapped up a visit to Asia, said he was struck that mass shootings are rare in other countries.

Only 10 days earlier, a mass shooting in Buffalo, New York, had killed 10 people.

The president asked the nation to stand up to the gun industry and Congress to pass "common sense" gun laws. 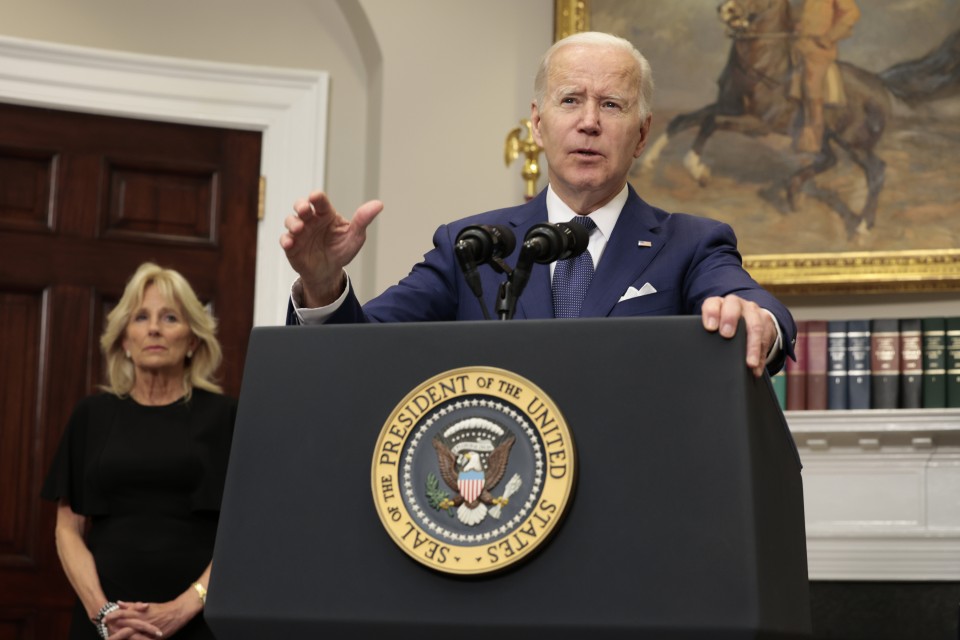 U.S. President Joe Biden delivers remarks at the White House in Washington concerning the mass shooting at a Texas elementary school on May 24, 2022. (Getty/Kyodo)

"As a nation we have to ask: When in God's name are we going to stand up to the gun lobby?" he said. "Why are we willing to live with this carnage?"

The Uvalde rampage was the deadliest school shooting since the massacre at Sandy Hook Elementary School in the state of Connecticut that killed 26 people including 20 children in 2012.

Biden, who was vice president at the time, has been a long-time advocate of gun control, but no significant legislation has been enacted in Congress in the meantime.

Gun violence is the leading cause of death among youths in the United States, according to a recent University of Michigan study.

In 2020, more than 4,300 individuals from 1 to 19-year-olds died from firearms. The figure includes deaths from suicides, homicides and unintentional deaths, it said.

23 injured in shooting on NYC subway, gunman at large