Kaoru Mitoma's early goal sparked Royale Union Saint-Gilloise to a 2-0 victory over Anderlecht, but the team from Brussels came up short in the Belgian championship race after Club Brugge sealed the title on Sunday.

Club Brugge claimed their third straight Belgian crown following a 3-1 win against Antwerp that left second-place Union unable to close the gap with one round remaining in the championship playoffs.

Back in the top flight after a 48-year absence, Union ended the regular season in first place, five points ahead of Club Brugge, but back-to-back playoff losses to the now 18-time champions ultimately cost them the title.

Samurai Blue attacker Mitoma netted the winner after just two minutes at Anderlecht's Lotto Park, triggering an attack with a dribble down the left, then tapping in after Jean Thierry Lazare Amani flicked a cross into his path. 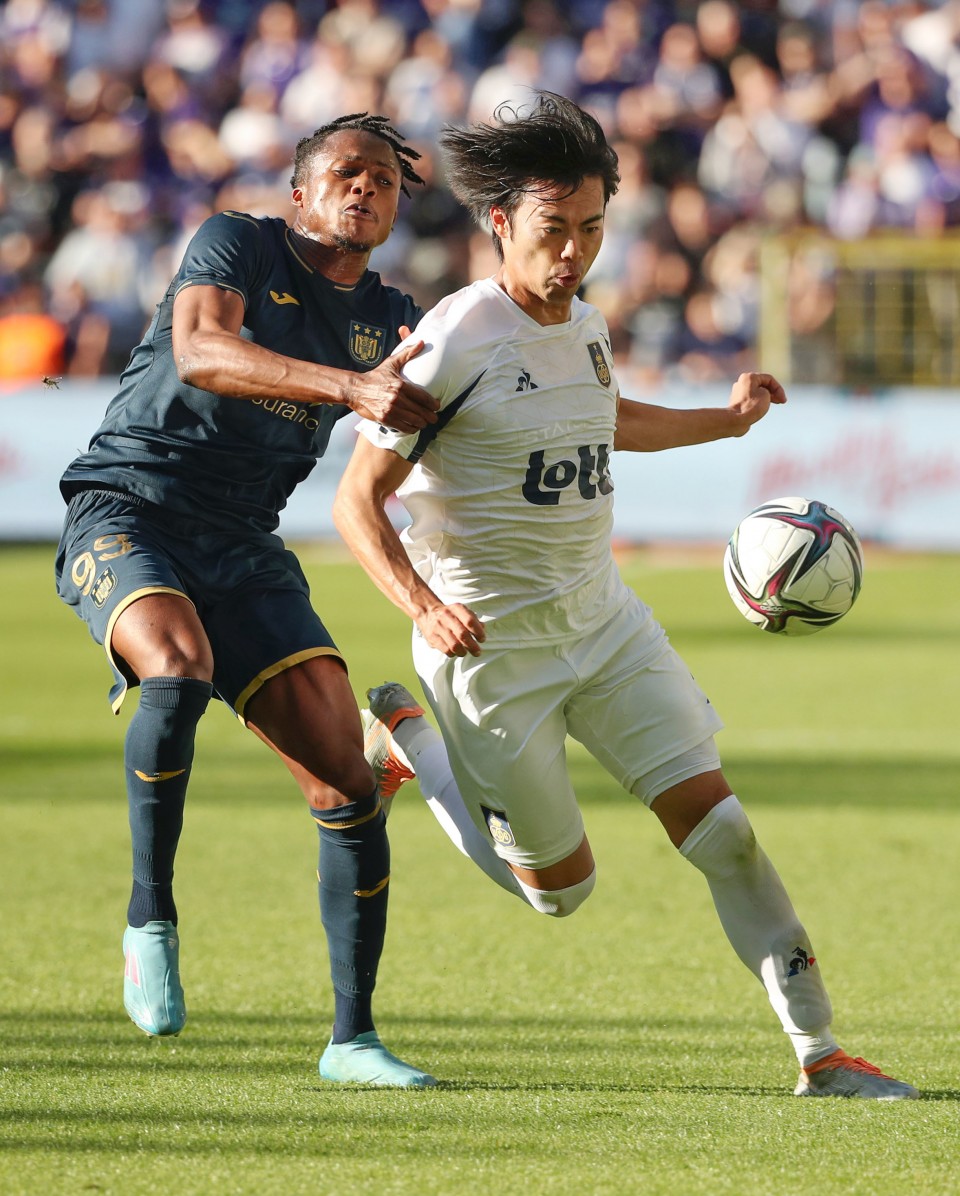 Kaoru Mitoma (R) of Royale Union Saint-Gilloise vies for the ball in a match against Anderlecht on May 15, 2022, in Brussels. (For editorial use only)(Kyodo)

Deniz Undav added a second for the visitors in the 50th minute.

Mitoma brought his goal tally to seven in the league and eight in all competitions since joining Union on a loan move last August. The 24-year-old is under contract with English Premier League side Brighton, who signed him from J-League champions Kawasaki Frontale.

In the Spanish top flight, Takefusa Kubo and his Mallorca teammates can secure La Liga survival with one more win after beating Rayo Vallecano 2-1.

Substitute striker Abdon Prats netted the winner in stoppage time at Visit Mallorca Stadium, lifting the home side out of the relegation zone and into 17th place with one round left.