As the first Japanese soccer player ever to sign with a Ukrainian team, Yasuhiro Kato hopes to give something back to the country he considers his second home as it reels from its invasion by Russia.

Now retired, Kato played for FC Hoverla-Zakarpattya Uzhhorod in the 2012-2013 season and also spent time at a club in neighboring Poland, which has become the destination for most of the refugees who have streamed out of Ukraine. 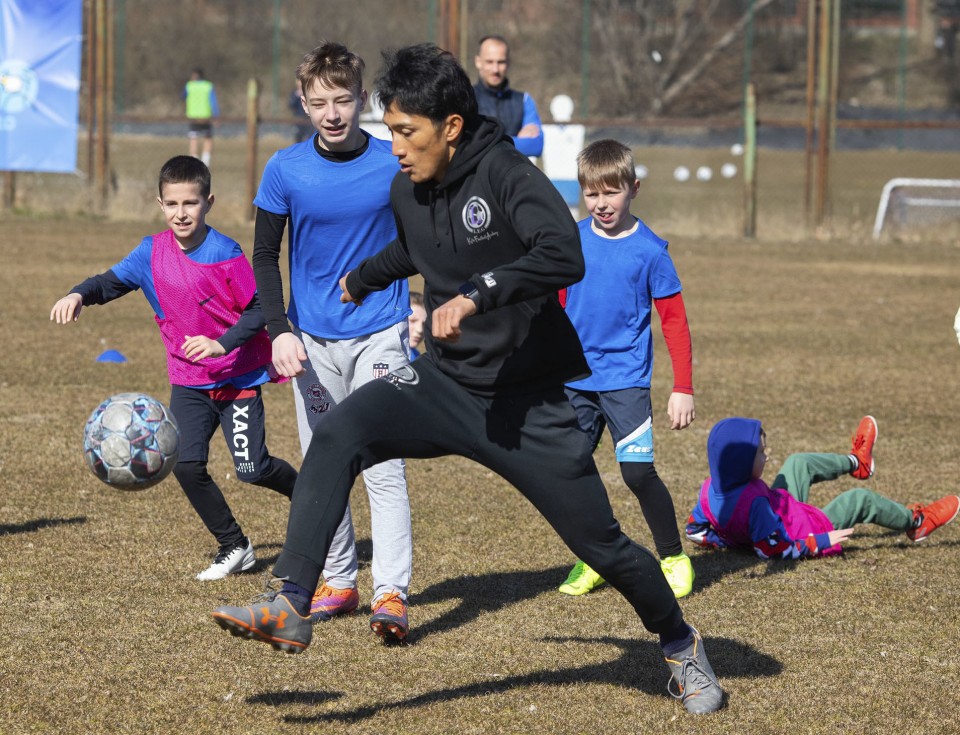 "To me, Russia's war on Ukraine isn't some problem occurring in a distant, foreign country," Kato, 36, told Kyodo News in a recent interview.

"As a person who has a deep connection with Ukraine and Poland, there must be a way that I can help. I want to assist refugees in securing jobs and find other ways to support and enable their socio-economic independence," he said. 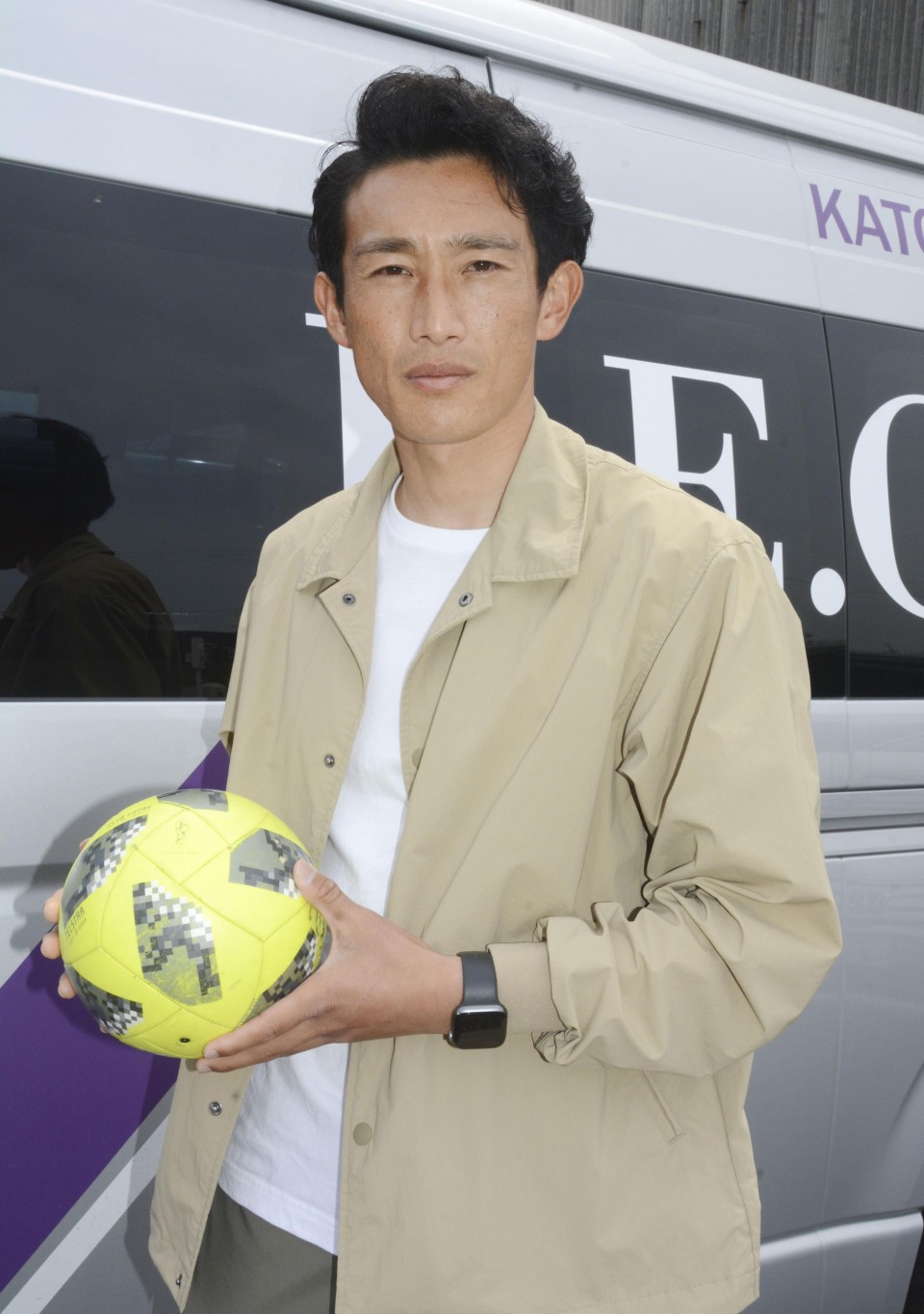 Former Ukraine-based soccer player Yasuhiro Kato, who has been helping the physical and mental wellbeing of refugee children through sport, is pictured at his hometown of Gamagori, Aichi Prefecture on April 19, 2022. (Kyodo)

Russia's invasion of Ukraine, launched three months ago, has created one of the biggest refugee crises of modern times. More than 6.5 million people have left Ukraine to escape the war, according to figures published by the U.N. refugee agency on Monday.

In mid-March, Kato flew to Olsztyn, a historic city in northern Poland, where he used soccer to help 13 young refugees find a sense of belonging.

Soccer "allowed us to play together and laugh together," Kato said. "The kids said they had a lot of fun. Their parents were smiling, and I think it brought them a small respite from their trauma. Soccer really is a universal language that brings people together."

Kato always knew that soccer was more than just a game.

After hanging up his boots in 2017, he launched soccer clinics and a coaching program in his native Gamagori, in central Japan's Aichi Prefecture, to provide children with an opportunity for social development and confidence-building, not to mention fun.

Polish club OKS Stomil Olsztyn, where he played between 2013 and 2015, helped him organize activities for refugee children. Kato approached the team in the city of Olsztyn after getting the idea from another club that had launched a similar initiative.

He also distributed cleats and soccer apparel to the refugee children attending the events using donations he collected in Japan.

Kato said he felt compelled to give something back to the people of a country that has given so much to him. His Ukrainian supporters flocked to the station to say farewell when he left for his new club, a moment he said he will never forget.

The athlete-turned-philanthropist now runs a soccer school for children in Gamagori. In August, he is hoping to revisit Poland, but this time with the children from his Gamagori club.

He said he has confirmed the safety of his former teammates in Ukraine and their families via social media, but that his heart breaks at seeing the scale of the human tragedy they face.

Kato believes that small individual efforts can go a long way in helping the Ukraine emergency situation, and has created a charity website (https://kato-soccer-shien.jp/) where he shares photos that demonstrate the impact of his work.

He is also active in his home community and involved in the construction of a welfare facility in Gamagori scheduled to open this fall, which he hopes will become a social hub and shared space for local residents and some of the Ukrainians who have evacuated to Japan. 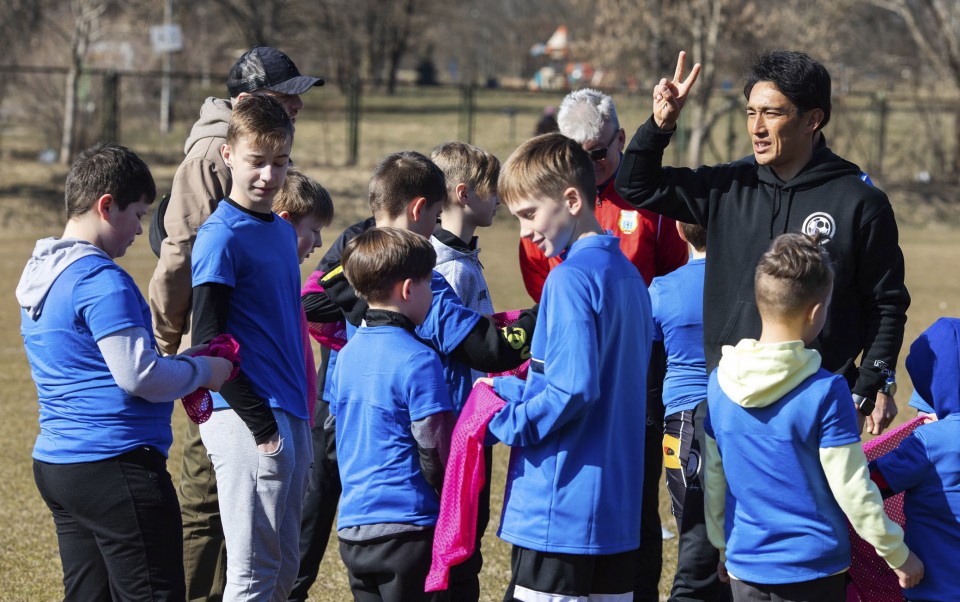 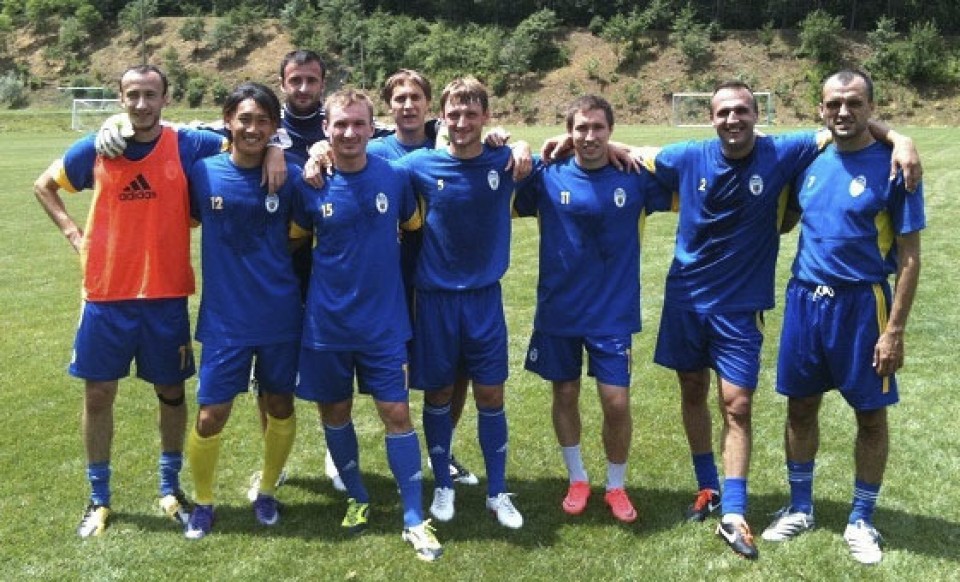