East Japan Railway Co. said Tuesday it will carry out test runs of automated trains with passengers aboard on Tokyo's Yamanote loop line for two months starting around October.

JR East has been testing the automated system on out-of-service trains on the line -- one of Tokyo's most congested -- since 2018, and the operator intends to implement the technology around 2028. 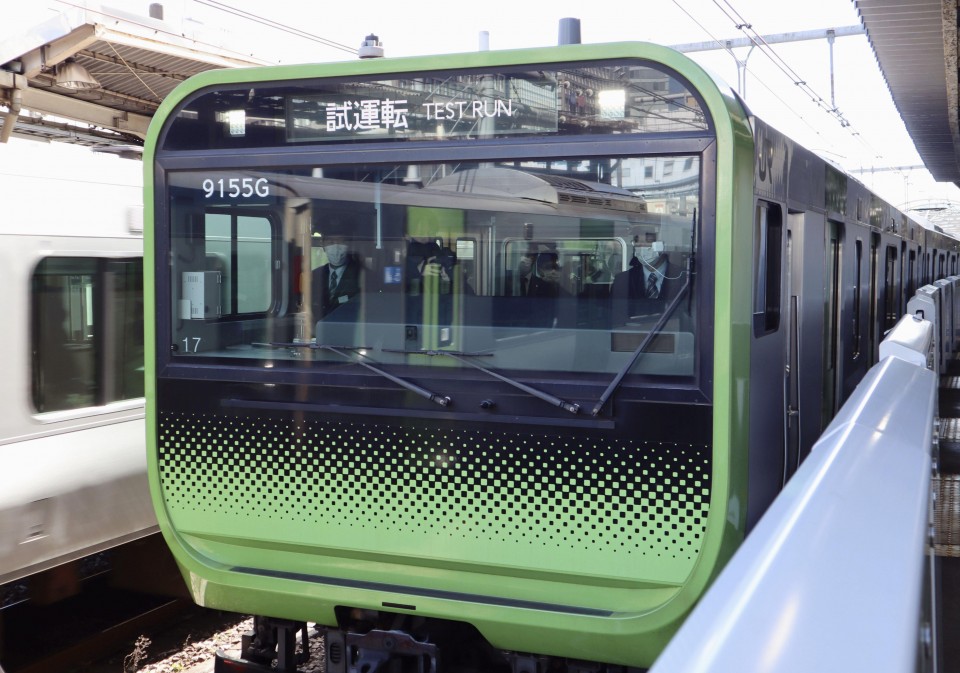 A train on the Yamanote Line undergoes testing with an automated train operation system in Tokyo on Feb. 25, 2022. (Photo courtesy of East Japan Railway Co.)(Kyodo)

The move is part of measures to stem a possible shortage of drivers amid the nation's shrinking population.

When using the automated operations system, drivers simply push a button to speed up the train to depart. It also automatically slows itself down upon drawing close to a station, meaning drivers will manually operate services only in emergencies.

The tests will use the loop line's E235 series trains, JR East said.

Data will be collected at various times and in diverse weather conditions from the trains, set to make over a thousand revolutions of the circular line that links central Tokyo.

The system's development is expected to reach its final stages once the tests end, with carriage improvements slated from around spring 2023 to achieve the targeted 2028 implementation.

Local services on JR East's Joban Line in and around Tokyo became the firm's first standard service trains operated by the automated system in 2021.

The Yamanote Line uses an improved version of the program that has been adjusted to accelerate and decelerate the trains like an experienced driver, thereby ensuring reduced energy usage.

Development is progressing on a system to detect obstructions on the tracks, and JR East intends to create a high-level system that can also handle emergency stops by the 2030s.

Under the plans, train crew would no longer need driver accreditation. Instead, their duties would involve responding to customers and training staff.

JR East's moves toward self-operating trains have not been limited to standard train services. In November 2021, it invited journalists to witness a self-driving shinkansen bullet train test run in Japan's north-central Niigata Prefecture.