Shanghai will lift its two-month-long lockdown from midnight on Wednesday, the municipal government said Monday, allowing most of the city's citizens to leave home and ensuring public transportation such as buses and trains resume basic operations.

China's financial and commercial hub with a population of around 25 million has been locked down in a phased manner since March 28 amid the spread of the highly contagious Omicron variant of the coronavirus. 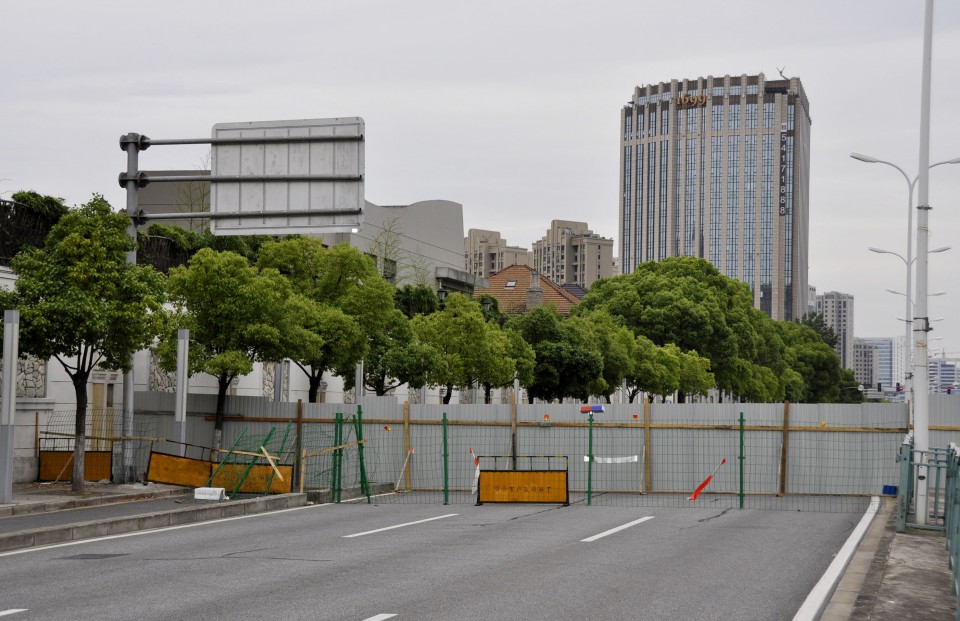 A fence to restrict traffic is erected on a road in Shanghai on May 19, 2022, amid a continued COVID-19 lockdown. (Kyodo) ==Kyodo

While requiring citizens to have a negative certificate of a PCR test taken within 72 hours to enter public places, the municipal government said, "At present, the epidemic situation in Shanghai has been effectively controlled and continues to improve."

In Shanghai, the number of daily new infection cases was 67 on Sunday, the smallest since the lockdown began, according to Chinese health authorities.

In recent weeks, Shanghai has eased some regulations under the country's radical "zero-COVID" policy, but public transportation has remained shut and most residents have been only permitted to go out in a limited area.

As the movement of people has been significantly restricted in Shanghai, many have said they are frustrated by the all-encompassing constraints imposed by authorities.

Across China, including in its capital Beijing, a large number of people have been prohibited from leaving their homes or residential districts, dealing a heavy blow to business and consumer activities in the world's second-biggest economy.

China has expressed its resolve to continue with its strict COVID-19 policy, even after the closing of the Beijing Winter Olympics and Paralympics earlier this year.

China watchers believe the Communist Party is likely to maintain the policy at least until the end of its twice-a-decade congress in the fall, at which President Xi Jinping is set to be re-elected as leader.

They say rather than relaxing regulations, Xi's leadership will maintain them to trumpet its achievements in bringing the pandemic under control.

A Japanese worker living in Shanghai with his family voiced concern that the megapolis may be locked down again if there is another COVID-19 outbreak, saying he is considering returning to his home nation as soon as possible. 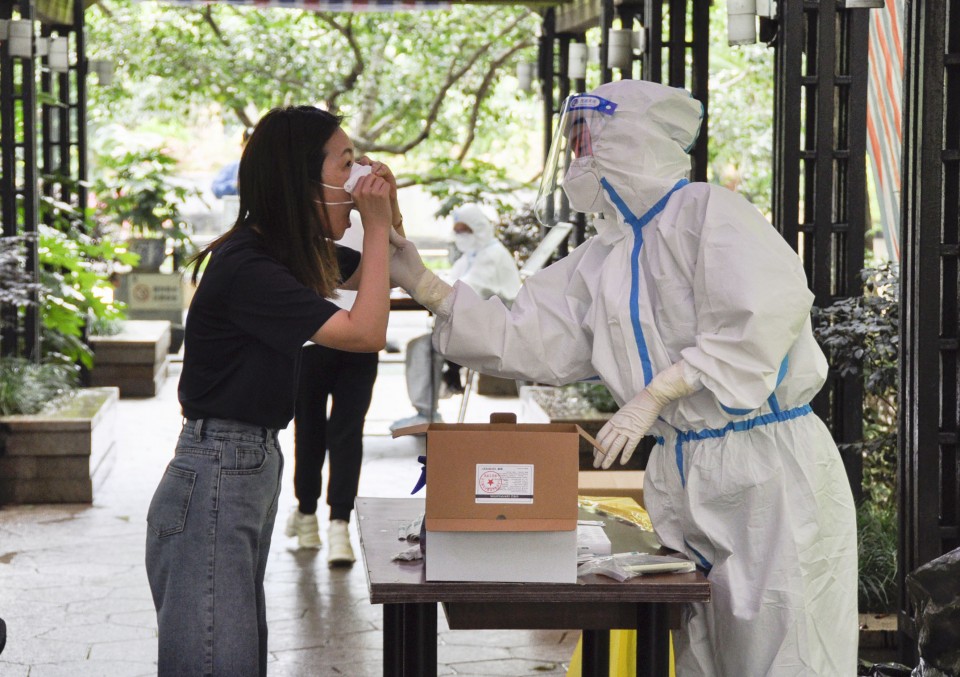 A woman takes a PCR test on the premises of a condominium in Shanghai as a COVID-19 lockdown continues on May 30, 2022. (Kyodo) ==Kyodo