Japan will provide an additional $300 million in financial assistance to Ukraine, Prime Minister Fumio Kishida said Thursday, as the country faces an economic crisis due to Russia's invasion.

"We have received calls for short-term funds support from the Ukrainian side as the fiscal situation has deteriorated due to Russia's invasion," Kishida told reporters in Tokyo. 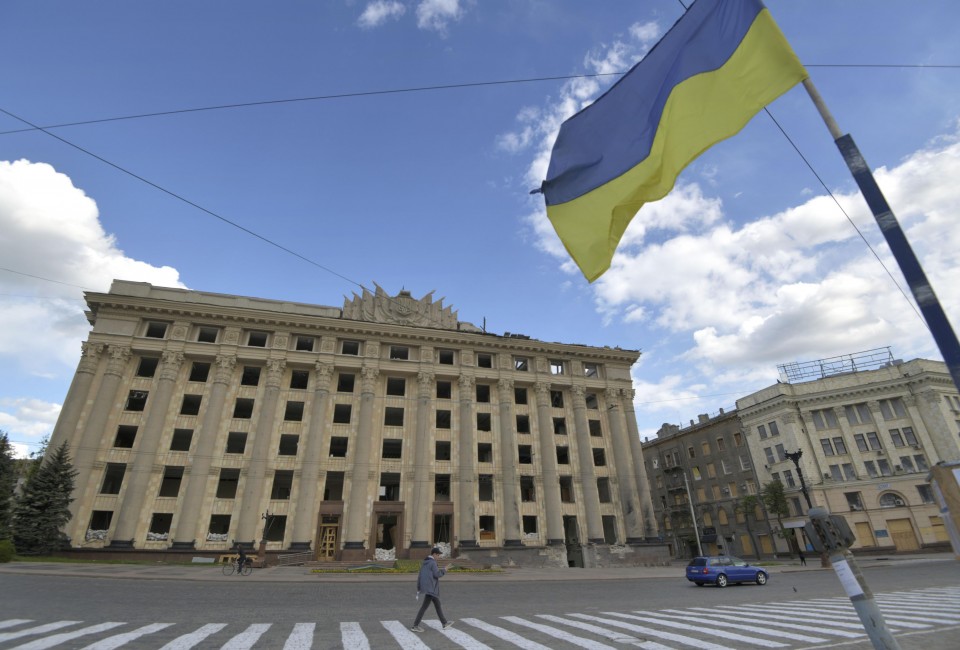 The damaged regional administration building is pictured in Kharkiv, eastern Ukraine, on May 17, 2022, amid Russia's invasion of the country. (Kyodo) ==Kyodo

Kishida said in April that Japan would increase yen loans to Ukraine to $300 million. His pledge to provide additional financial help will bring the total to $600 million.

Of the initial $300 million, Japan signed a 13 billion yen ($100 million) loan agreement with Ukraine on Monday.

Since the launch of the invasion in late February, Japan has been stepping up sanctions against Russia and aid to Ukraine together with other countries, including members of the G-7 major developed nations.

Kishida also said he intends to underscore Japan's plan to further help Ukraine when he meets U.S. President Joe Biden in Tokyo on Monday and when he hosts a summit of the Quad group also including Australia and India the following day.

As the war in Ukraine has raised concerns that a similar situation could arise in Asia, where China's disregard of international law is becoming more observable, Japan seeks to show a resolute stand against Russia through the meetings, according to government officials.