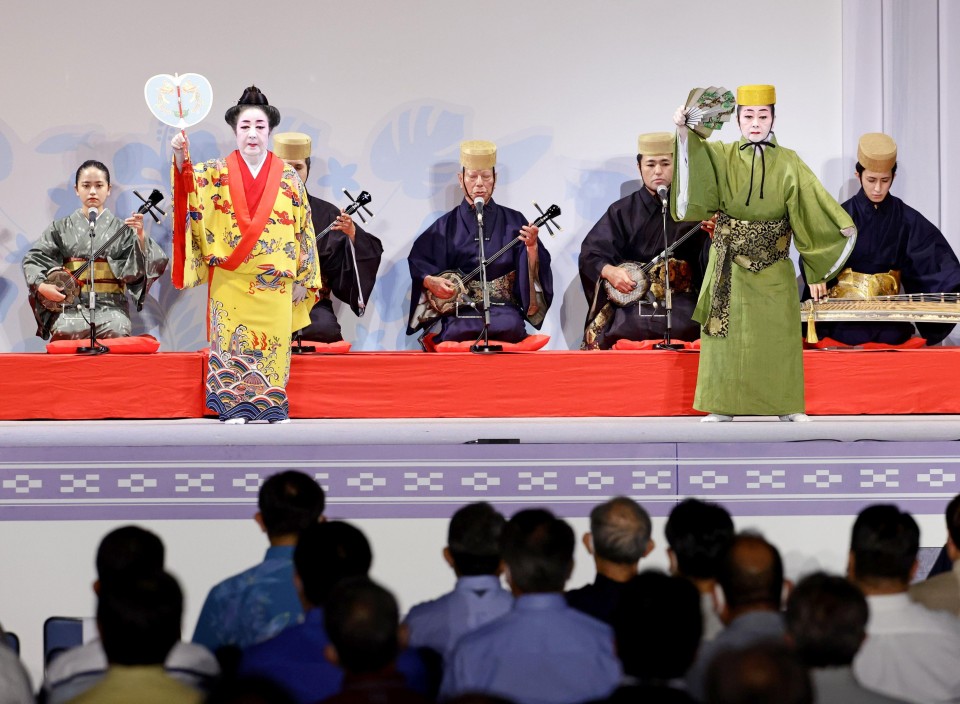 Dancers perform during a reception held after a ceremony marking the 50th anniversary of Okinawa Prefecture's reversion to Japan from U.S. rule in Ginowan on May 15, 2022. (Kyodo) ==Kyodo

The prices of goods traded between companies increased for the 14th straight month, in fresh evidence of inflationary pressures in Japan, reinforcing the view that consumer inflation will further accelerate in the coming months.

BEIJING - North Korean leader Kim Jong Un has strongly criticized his Cabinet for not providing medicines to citizens according to their needs, state-run media reported Monday, as suspected coronavirus cases continue to explode in the country.

The Korean Central News Agency said more than 392,900 new cases of fever were reported during a 24-hour period through late Sunday afternoon, an increase of over 90,000 from the previous day, with eight new deaths.

"I have repeatedly been saying that I'll always be open to humanitarian aid regardless of political or military issues that lie between South and North Korea," Yoon said during his first policy speech at the National Assembly after taking office last week.

TOKYO - Renowned Ukrainian singer Tina Karol on Monday highlighted the importance of "cultural frontlines" as she called for the world to continue supporting her country against Russian aggression.

"Ukraine is right now having its identity shaken by Russia," the 37-year-old performer said through an interpreter at the Foreign Correspondents' Club of Japan in Tokyo. "My weapon is language and music."

OAKLAND, California - Shohei Ohtani crushed a two-run homer for the second straight game Sunday, giving the Los Angeles Angels an early lead in their 4-1 victory over the Oakland Athletics.

A day after becoming the third Japanese player ever to hit 100 home runs in Major League Baseball, Ohtani sent No. 101 soaring deep to right-center in the first inning at Oakland Coliseum.

The Mongolian-born grand champion improved to 6-3 by forcing out No. 5 maegashira Tobizaru (5-4) in the final bout of Day 9 at Ryogoku Kokugikan, using brute strength to pick up and deposit his opponent over the edge.