The U.S. and Russian defense chiefs spoke by phone Friday for the first time since Moscow invaded Ukraine in late February, with U.S. Defense Secretary Lloyd Austin pressing for an immediate cease-fire, the Pentagon said.

Russian Defense Minister Sergei Shoigu had agreed to the call after the United States "consistently" asked for one, but it did not appear to result in any major change to Russia's stance on the war, a U.S. defense official said. 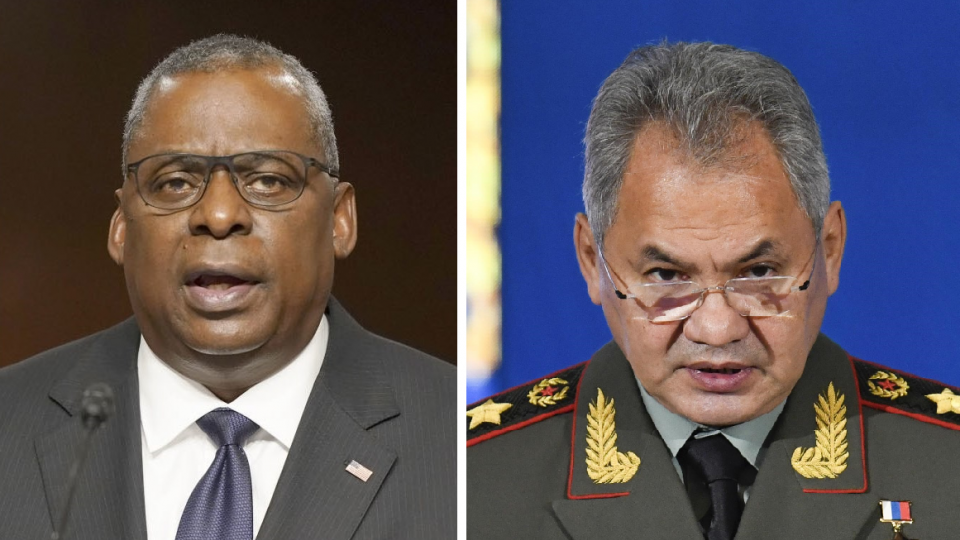 The last time Austin spoke with Shoigu was Feb. 18, about a week before Russia began its military campaign against its Eastern European neighbor, according to Pentagon Press Secretary John Kirby.

During the call, Austin also emphasized the importance of maintaining lines of communication. The conversation lasted for an hour, according to the U.S. official who spoke on condition of anonymity.

The call itself did not specifically solve "any acute issues" or "lead to a direct change in what the Russians are doing or what they are saying," the official added.

Facing fierce resistance, Russia failed to capture the Ukrainian capital Kyiv and has shifted its focus to the eastern Donbas region, an area where Ukrainian forces have been fighting pro-Russian separatists since Russia's 2014 annexation of Crimea.

U.S. Director of National Intelligence Avril Haines recently said Russian President Vladimir Putin may be preparing for "a prolonged conflict in Ukraine, during which he still intends to achieve goals beyond the Donbas."