The number of evacuees from Ukraine to Japan since Russia's invasion of the Eastern European country in late February reached 1,000 on Saturday, immigration authorities said.

Japan, which traditionally recognizes only around 1 percent of refugee applications, has so far been accepting evacuees from Ukraine under a special measure, without granting them refugee status. 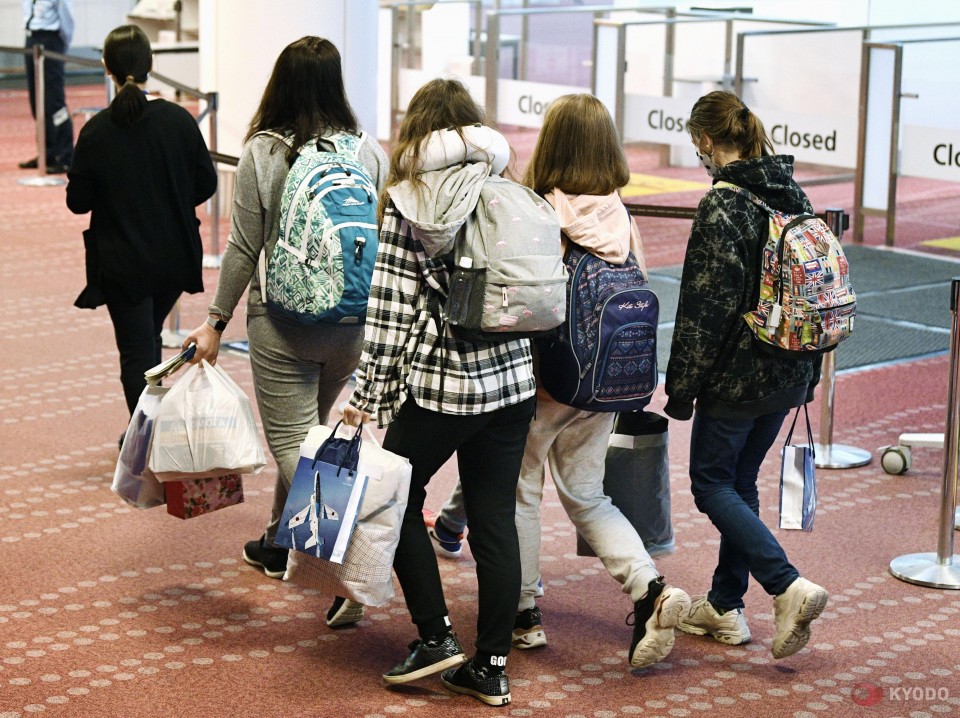 Ukrainians who fled the Russian invasion of their country arrive at Tokyo's Haneda airport on April 5, 2022, after flying from Poland by a Japanese government plane. (Kyodo) ==Kyodo

On Saturday, five Ukrainians -- men and women aged between 17 and 67 -- entered Japan, up from the tally of 995 three days ago, according to the Immigration Services Agency of Japan.

The government has provided generous support to Ukrainians, such as arranging a few seats in a once-a-week commercial flight from Poland for those wishing to take refuge in Japan.

The government provides daily living allowances of up to 2,400 yen ($19) to the evacuees who do not have any relatives or acquaintances to turn to. It also helps them to be accepted by municipalities and companies.

In addition, the government shoulders their expenses for medical services and Japanese language lessons.

As of Friday, at least 6.4 million people have fled from Ukraine since Feb. 24, the day Moscow began invading the country, according to the Office of the U.N. High Commissioner for Refugees.

Japan has often faced criticism for being conservative in accepting refugees. In the latest Justice Ministry figure for 2021, out of 2,413 asylum seekers, 74 people were recognized as refugees under the provisions of Japan's immigration control and refugee recognition law.

Another 580, compared with 44 in the previous year, were permitted to be in Japan for humanitarian reasons even though they were not granted refugee status.