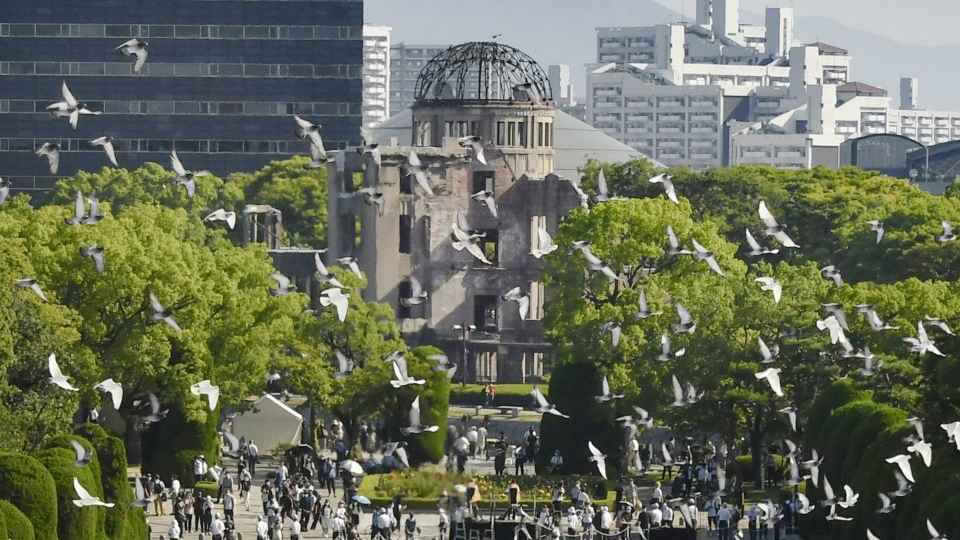 Doves are released at the Peace Memorial Park in Hiroshima, western Japan, on Aug. 6, 2021, the 76th anniversary of the U.S. atomic bombing of the city. (Kyodo) ==Kyodo

Japan will host a 2023 summit of the Group of Seven nations in Hiroshima, Prime Minister Fumio Kishida said Monday, believing the city, devastated by the world's first atomic bomb attack, is a fitting choice to send a message of peace.

The move was backed by U.S. President Joe Biden, who met with Kishida earlier in the day in Tokyo on the second leg of his trip to Asia. Their summit was held against the backdrop of Russia's ongoing invasion of Ukraine and the growing threat of Moscow resorting to the use of atomic weapons.

The decision to host the summit in Hiroshima, which is also Kishida's electoral district, is seen as a symbolic move in the push for nuclear disarmament, despite three of the G-7 developed nations -- the United States, Britain and France -- possessing atomic weapons.

The rest of the G-7 -- Canada, Germany, Italy and the European Union -- have also thrown their support behind Kishida's selection of Hiroshima as host of next year's summit, the dates of which have yet to be set, according to top government spokesman Hirokazu Matsuno.

Japan is set to take over the group's presidency from Germany. 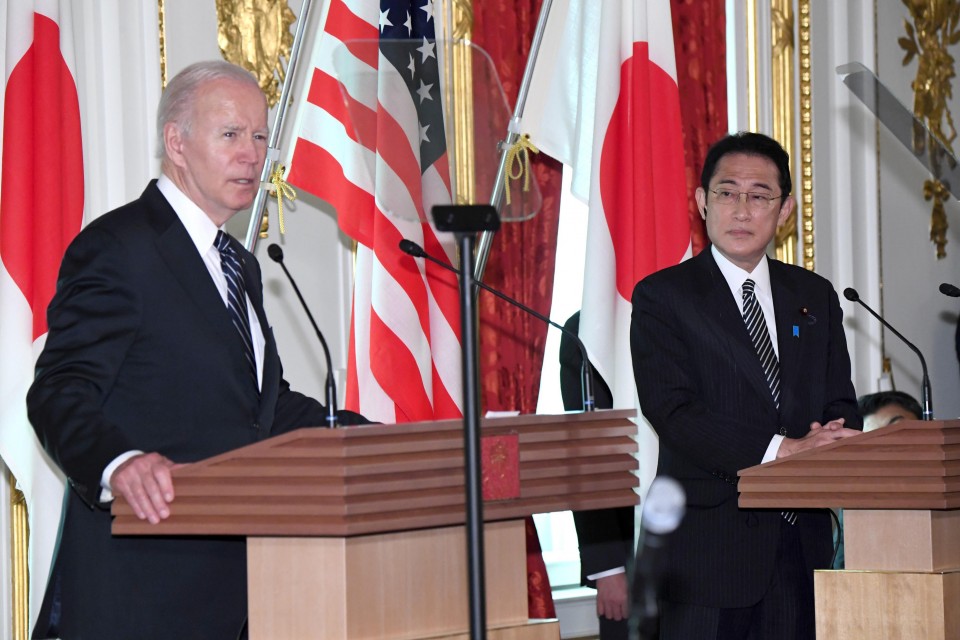 "As prime minister of Japan, the only country to have suffered atomic bombings, there is no better place than Hiroshima to show our commitment to peace," Kishida said at a post-summit joint press conference with Biden.

The western Japanese city was devastated by the Aug. 6, 1945, bombing by the United States, which killed an estimated 140,000 by the end of that year. Three days later, a second atomic bomb was dropped on Nagasaki in southwestern Japan.

"I would like to confirm unity with other G-7 leaders, including President Biden, in defending global peace, order and values" in front of a peace monument in Hiroshima, he said.

Kishida has been pushing for a world free of nuclear weapons, a goal shared by Biden at their summit on Monday.

"I welcome the prime minister's announcement that the G-7 summit will take place in his hometown of Hiroshima," Biden said.

The other two candidate sites to host the summit next year were the central and southwestern Japanese cities of Nagoya and Fukuoka.