Japan's Naomi Osaka made a first-round exit at the French Open on Monday after losing 7-5, 6-4 against Amanda Anisimova of the United States.

The former world No. 1 fell at the first round of Roland-Garros for the first time since 2017. She last left a Grand Slam at the same stage in Wimbledon in 2019. 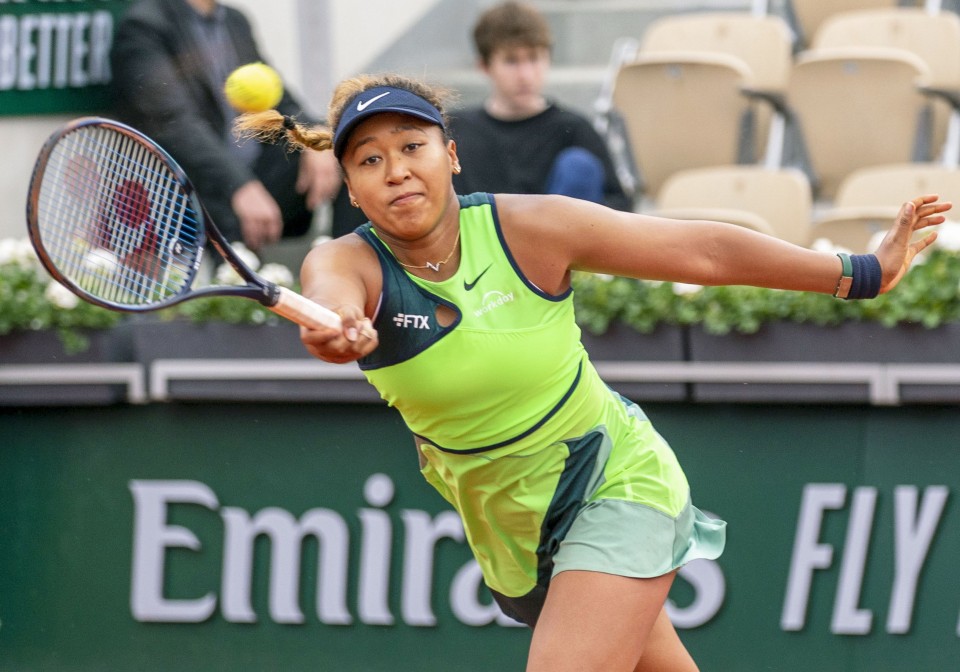 Naomi Osaka of Japan returns a shot to Amanda Anisimova of the United States during their first-round match at the French Open tennis tournament in Paris on May 23, 2022. (Kyodo) ==Kyodo

After missing the warm-up event, the Italian Open, with left Achilles tendon pain, Osaka showed fight in the 1-hour, 30-minute match, but fell short after allowing 27 winners from her 20-year-old counterpart to her 13 while showing signs of lingering pain.

After the match, Osaka said she is inclined to not play at this year's Wimbledon starting June 27. The Association of Tennis Professionals said Friday there will be no ATP ranking point awarded from this year's tournament after Wimbledon's decision to ban Russian and Belarusian players following the invasion of Ukraine.

On her unfavored clay, the 38th-ranked Osaka struggled with her serves and again bowed out against the 28th-ranked Anisimova, who also beat Osaka in a close contest in the third round of the Australian Open in January.

Osaka, the four-time Grand Slam winner, traded two breaks with Anisimova before the American broke for the third time in the 11th game en route to taking the first set.

Anisimova got the only break in the second set, sealed by a double fault from Osaka -- who had eight in total against two from her opponent -- in the seventh game.

Osaka's woes continued at the tournament where she has only managed to reach the third round to date.