Anastasia Babenko's "The Diaper Cake," her first narrative short film, which she directed and wrote, is included in this year's Short Shorts Film Festival & Asia, one of the largest international festivals of its kind in the region.

Babenko, however, describes herself as a Ukrainian filmmaker in a "previous life." Now, Russia's war against her country has irreversibly altered her reality, and she is wholly focused on raising awareness and funds from her home in Seattle. 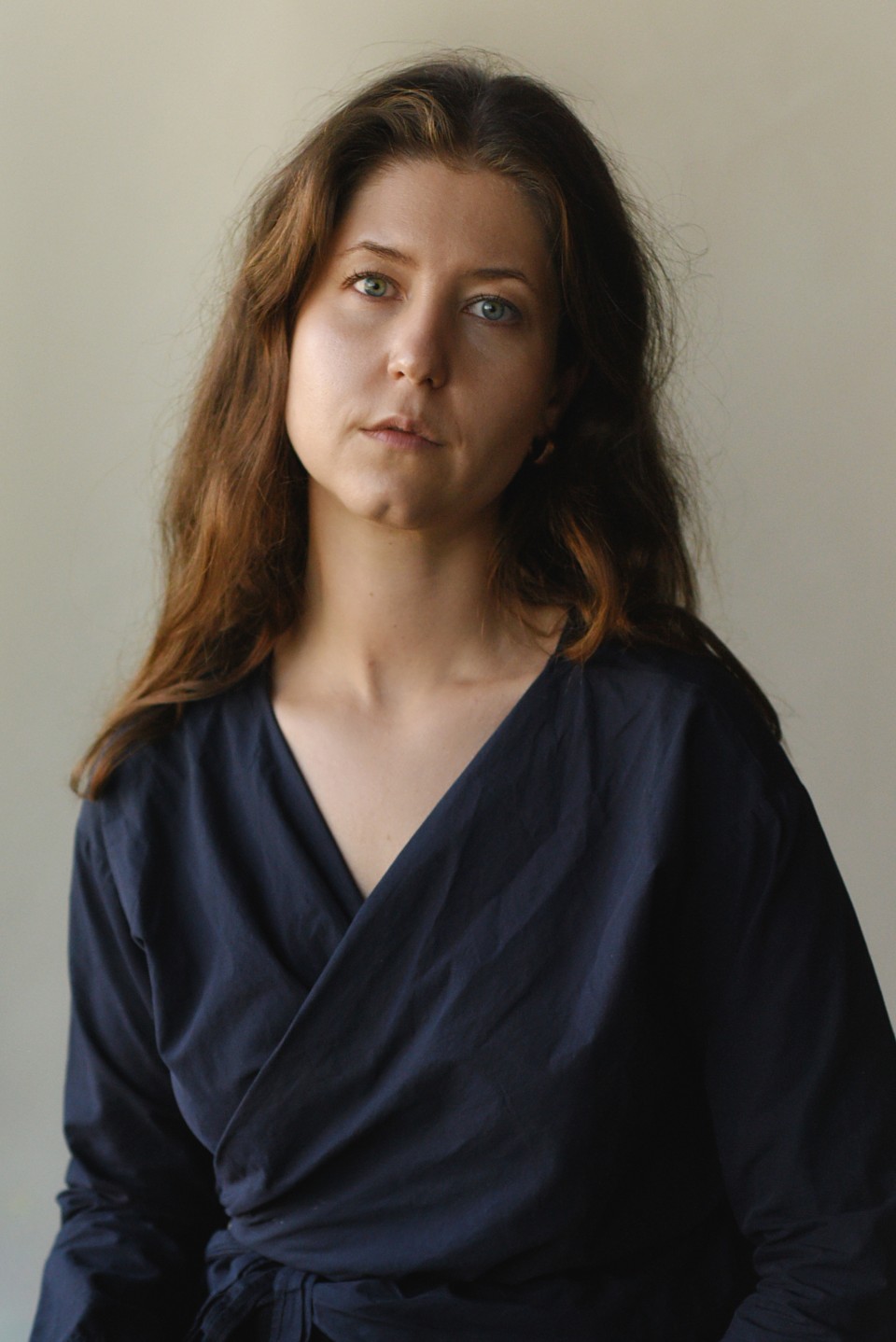 "Everything feels very irrelevant," including filmmaking, she said in an online interview. She is not a soldier or a medical worker. She cannot rebuild cities. And filmmaking, unless it is to document Russian horrors perpetuated in Ukraine, seems like "a privilege," "childish," "not the most important thing in the world right now."

When the Russian army invaded Ukraine on Feb. 24, her parents lived in Slavutych in northern Ukraine, where Babenko grew up. It was a city built after the 1986 Chernobyl nuclear power plant disaster to house evacuees.

Her parents fled the Russian army by car with other family members in mid-March, wending through forests and small village roads to avoid detection. Some roads and bridges were also pocked by bomb strikes. They arrived in Poland two days later.

Things had been steadily worsening before they fled with no food or hot water, and, at one point, no electricity. They feared a possible nuclear disaster when the Russians seized the Chernobyl power plant at the beginning of the invasion. "Nobody could predict anything," she said.

With no expectation that the Ukrainian army would come to the rescue of their small town on the border with Belarus, a key Russian ally, they felt "it was just a matter of time before (the Russian Army would) enter the city because it was already encircled."

The Russians did so on March 26, twelve days after the family escaped.

"My parents were lucky to make it to Poland, but many people didn't," Babenko said. Her sister left her son safe in Poland and returned to western Ukraine. She felt "very guilty staying in Poland, like she betrayed her country. And it's what a lot of people are feeling right now, including myself," Babenko said.

The 32-year-old has translated Ukrainian news articles into English, raised funds through sales of her photo prints, helped create short videos in Russian to counter Russian propaganda and "show what they are doing here," and raised awareness about the war and Ukraine through cultural exhibitions.

She wants Russians to do the same, saying that she believes in collective responsibility.

"Every Russian who is not trying to protest it or prevent it in any way possible is also responsible for this war," she said.

She wants Ukrainian voices to be greatly amplified by taking precedence over Russian ones, to fight against Moscow's suppression of their culture.

"It's dangerous right now when a lot of cultural events are trying to give equal (footing) to Russians and Ukrainians," she said. "The war is still going on."

"Being a filmmaker feels silly but then, on the other hand, that's exactly what this war is about -- silencing Ukrainian voices and dealing a blow to Ukrainians and Ukrainian culture."

Ukraine and its art have long been regarded as being inextricably linked to Russia because of its history with the Soviet Union, she explains. But Ukraine is an independent country with its own culture, she stresses.

Surrendering, as many have urged, is unthinkable.

"We exist. Ukraine exists," she said. "If we surrender, we're all going to die."

When "The Diaper Cake" was filmed in 2021, the only serious worry was the coronavirus pandemic. A 17-minute story about a young couple experiencing the joys and responsibilities of being new parents, it is based on her nephew's birth and Babenko's own questions. The title was chosen because a diaper cake, a celebratory and yet bulky gift, is a "monument to parenthood."

The film, which has been nominated for the international best short award at the festival in Tokyo, has now taken on a new meaning and a painful reminder of the past. The Russian bombing of a Mariupol maternity hospital in early March made Babenko think of her characters. 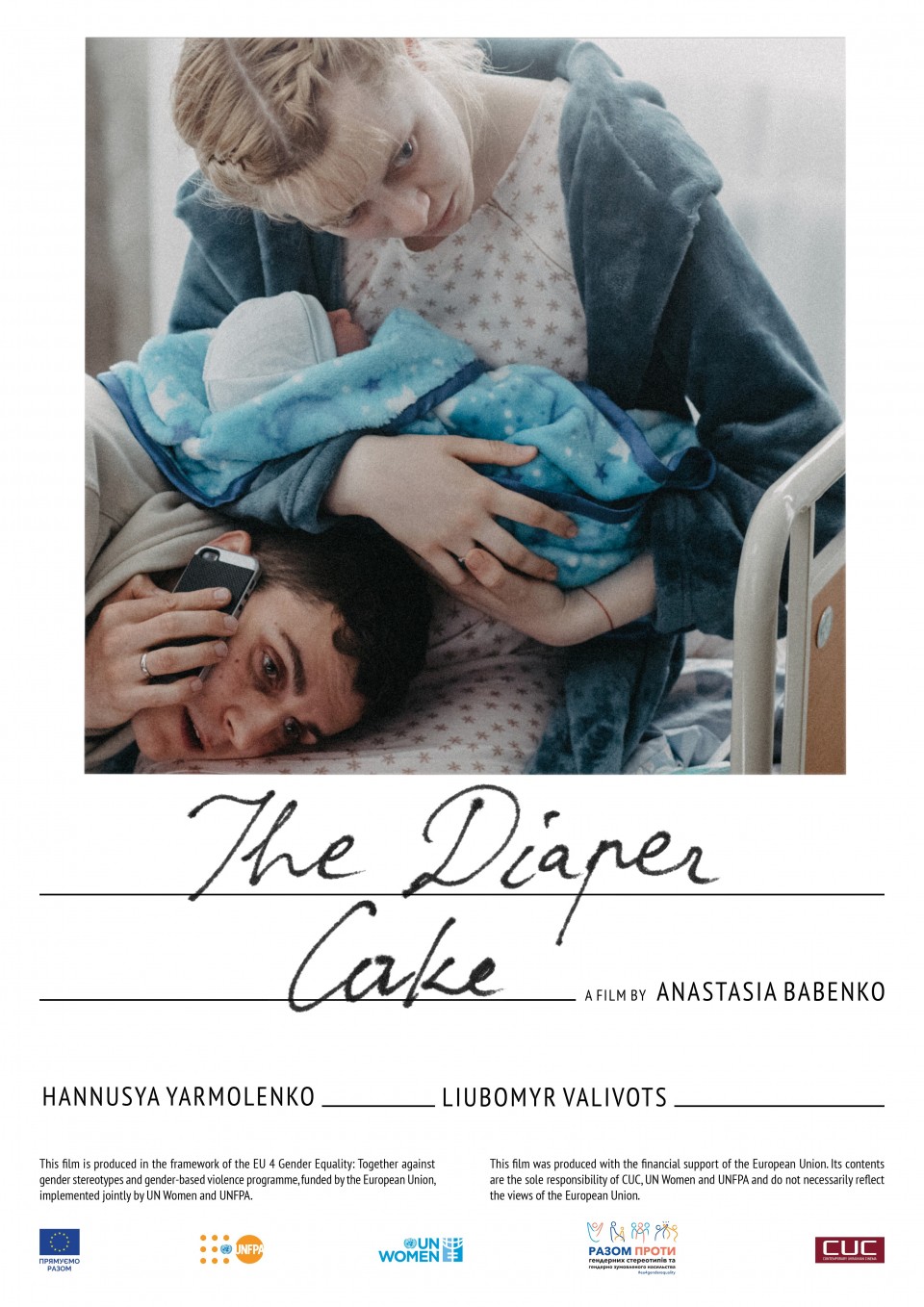 Poster of "The Diaper Cake." (Photo courtesy of Committee for Short Shorts)(Kyodo)

The film is now an opportunity to talk about Ukraine on the international screening circuit. It is there to remind the world of Ukraine's "other side," the normalcy and beauty before the war, and not just of destruction and "ugly things" that constantly flood the news.

"I hope this is maybe something people would feel when they watch my little film that these people who are portrayed there, they are just regular ordinary Ukrainians who live peaceful lives and try to build some kind of future for them," she said.

Babenko says she hopes to return to filmmaking in the future. She believes her art -- whether in film or in photography -- will reflect her "tremendous emotional changes." But for now, she is fine processing it silently as she continues to do her part to help Ukraine.

The film festival will take place from June 7-20. Online screenings will be available to global viewers between April 28 and June 30.