Nearly half of people surveyed in Southeast Asia picked China as the region's most important partner in the future, surpassing Japan for the first time, according to the results of a Japanese government opinion poll released Wednesday.

The survey showed 48 percent of respondents from the 10-member Association of Southeast Asian Nations chose China, unchanged from the last survey in fiscal 2019. China was followed by 43 percent for Japan, down 8 percentage points, and 41 percent for the United States, up 4 points. 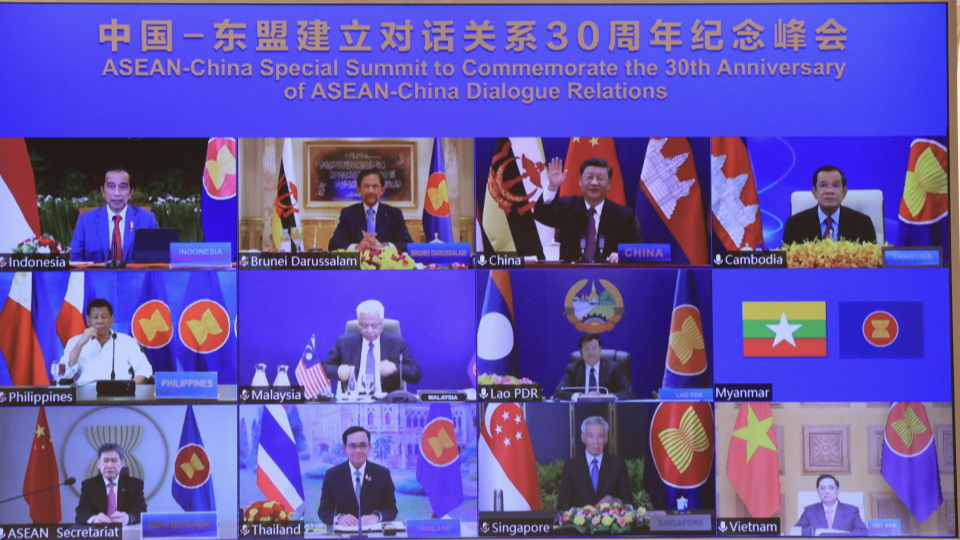 A special online summit of China and the Association of Southeast Asian Nations is held on Nov. 22, 2021. (VNA/Kyodo)

It marked the first time that Beijing has ranked first since the Foreign Ministry started the survey in the current format in fiscal 2015.

The result may reflect China's deepening ties with and increasing its clout in ASEAN through "vaccine diplomacy" of providing COVID-19 vaccine shots for developing nations, a Foreign Ministry official said.

Asked about which countries they believe are important partners now, 56 percent of the respondents chose China, down 3 points but staying on top of the list.

Commissioned by the Foreign Ministry, Hong Kong-based marketing research firm Ipsos conducted the survey online and in person in January, covering 2,700 respondents in all ASEAN members but the conflict-hit Myanmar, ranging in age from 18 to 59.